Manchester Titans – A Force to be Reckoned With?

The Titans have stormed out of the gates again this year moving to 3-0 after the first tournament repeating last years feat. The questions marks would always be “Will they fall down at the hands of the bigger teams?” like 2017.  However they have taken a large scalp very early on by beating the Sheffield Giants 35-12 making us think…Are the Titans a new force in the MEC?

Given that they were hosting, the Titans were able to field a very strong team throughout the day, which would contribute to their success. The Giants meanwhile, looked lethargic and lacking preparation in their loss and unimpressive victory. Are we seeing a change of the guard in the MEC? 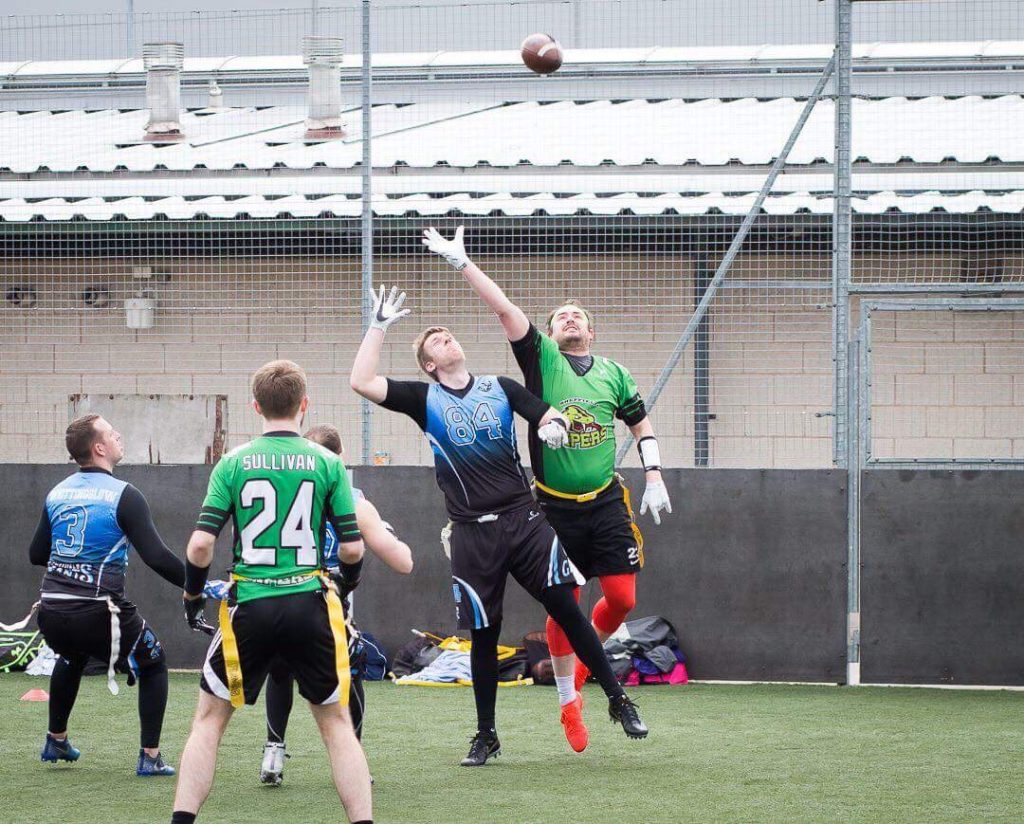 This team have the ability to upset the big teams every now and then but have never been willing to push forward, is this season their defining season? Luke Bennett and QB Keith Woodley have always had the ability, couple that with their new found defensive stud Dan Sellwood (who had 3 interceptions in one game in Manchester, returning one for a score). One season defining win could kickstart their season as they push for a championship bracket berth.

We all know Phil Watson! He is usually the guy that is bleeding on the field and has this terrifying demeanour as he is blitzing the QB.  But we wanted to show just how good this guy is! Phil is a game wrecker, he has huge range, underrated acceleration and reflexes! This was evident in his heroic game-winning bat-down against the Vipers. There’s not many players like him in the league, and he deserves a mention!

As per every season we contend with the controversy coming from game days and the unpopular decisions those officials/non-officials made! However lets throw some love towards game day 1 as there was very little issues and most if not all decisions were spot on and respected by the teams in action. Did the referee course help this? This should be something to monitor throughout the season.

This early in the season, what more is there to say? It is sunny this time of the year, don’t get burnt like most of the FFW. Only one of us was able to bring out the baby oil.