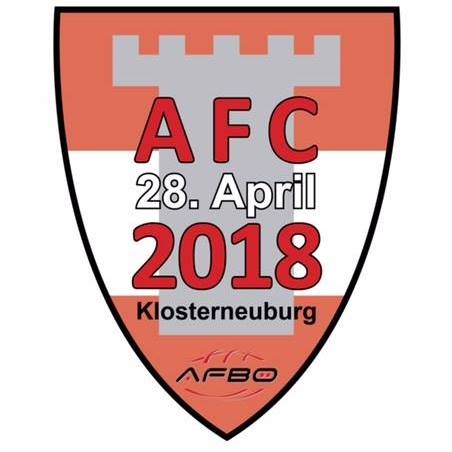 Today we look at Austrian flag football and its 7th Annual flag football cup. The Klosterneuburg Indians won the AFC for the fourth time in a row and 5th time overall, with the only other winners being the Styrian Studs in 2012 & 2013.

The Austrian Flag Cup is the only official championship hosted by the Austrian American Football Federation (AFBÖ), where teams from the second division have the opportunity to compete against the top tier teams. Klosterneuburg hosted its 3rd AFC in Sunny 30 degree temperatures that saw some strong competition and close games in the first big flag football tournament in the Austrian flag season.

The competition saw 8 teams compete in two separate groups over a round robin style with both winners playing each other in the final. Both the Indians and Constables went 3 – 0 in their groups respectively.  Despite missing some key personnel through injuries and retirement, the Indians still remained one of the favourites to retain the trophy following their 3-peat prior, and they duly proved it by averaging 33 points in each game. However it is their defence that has always been their strength and that was evident, only allowing 8 points on average in the group stage.

Last season’s runners up the, Vienna Constables, have recently added some new personnel and the difference was instant as they also put up a colossal 144 points over 3 games. However a story would develop as they conceded 95 meaning they would have to lean on their offence in the final to outscore the Indians.

As it transpired, the final would be a defensive drama made even tougher by the now burning 30 degree heat. The Indians, down to 8 players from the 10 they started with, were 13-7 down at the half time and looked to their defence to step up. After a score early in the 2nd half to level they got a huge sack from their blitzer Jakob Freilinger , and Klosterneuburg had the lead for the 1st time in the game.

This game however was far from over as the Constables would strike back before the 2 minute warning and re-take the lead 20 – 17 through some excellent play from Stefan Schinnerl. But this affair was far from over, and the experienced Indians would strike back a minute later to take the lead 23 – 20, however they were not able to convert the XP. Although Vienna would have a chance to try and snatch the victory, a polished defensive display from the Indians would lead to a turnover on downs. The Indians kneeled the ball up to secure their 4th consecutive title.

A slight consolation for the Constables was the MVP award for the outstanding play of Stefan Schinnerl. The tournament and final however were a great advertisement for Austrian football and a good precursor for the Austrian league which begins this weekend. 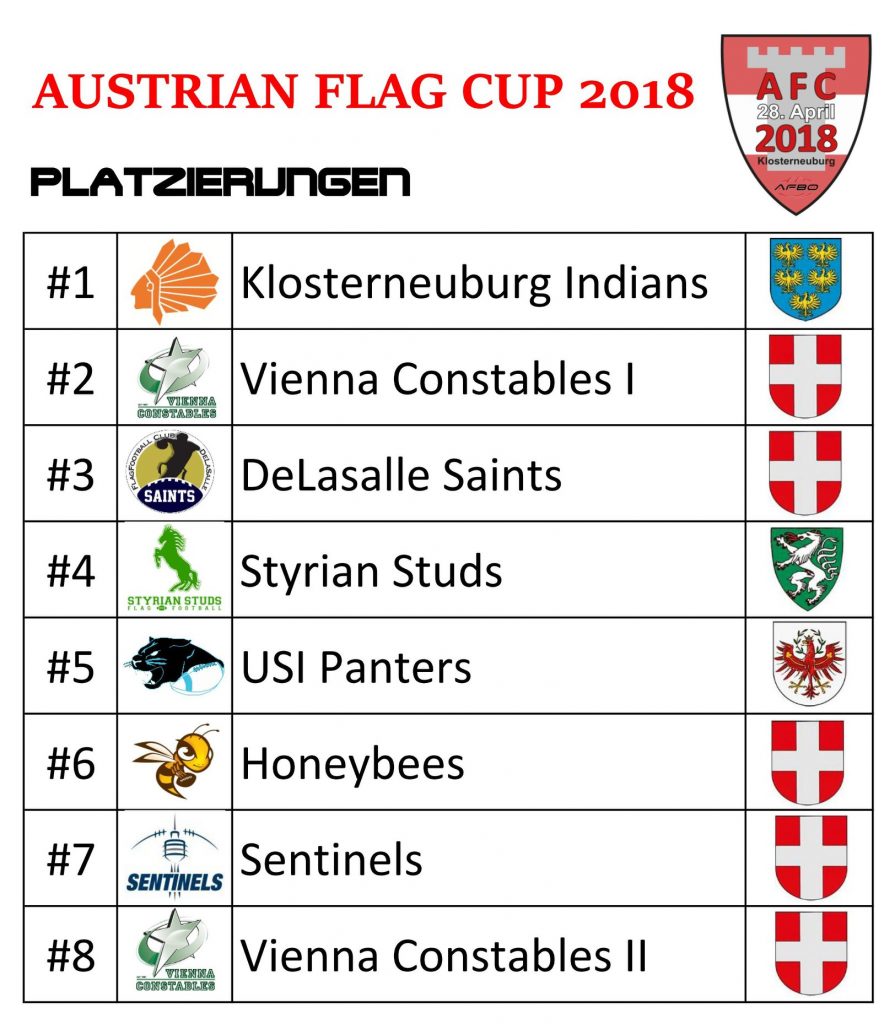