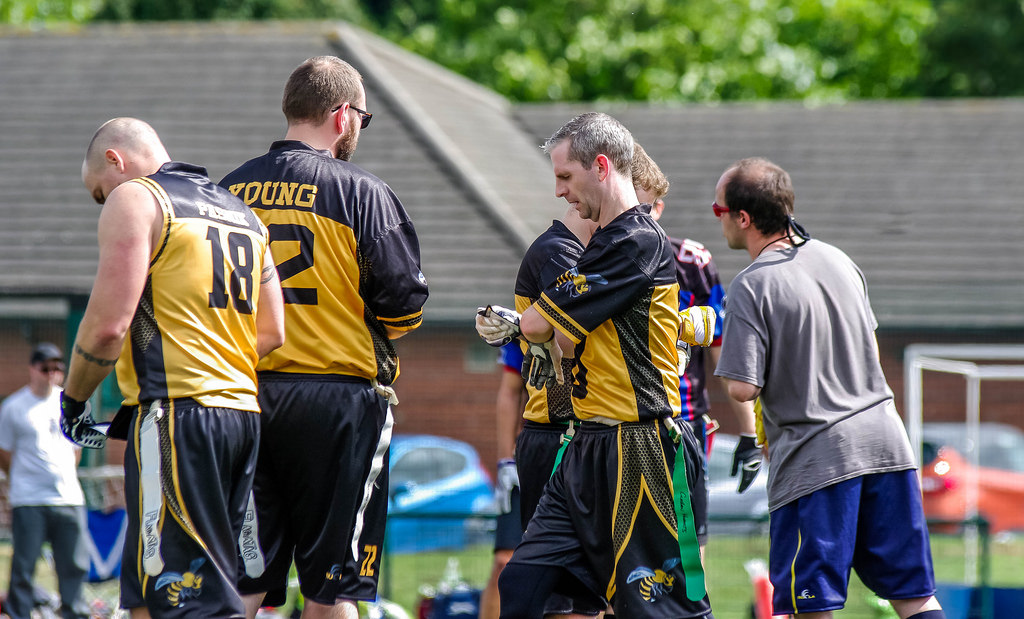 The Highland North conference kicks off on the 8th of April, and before that starts, we anticipate a very different season from last year. With the departure of the Carnegie Thunder and West Lothian Chargers, we should see the door blown wide open for newer teams to take advantage and chase down a playoff spot.

In the HNC East, we’ll see the Aberdeen Oilcats aim to stave off challenges from the Midlothian Sabers and Edinburgh Outlaws. In the HNC Central, the Grangemouth Broncos will square off against the Carnegie Steelers and Dunbeth Dragons, while in the HNC West, the Glasgow Hornets will face still competition from the Clyde Comets, Paisley Spartans and Carnegie Renegades.

Last year the Hornets progressed from the HNC as the #1 seeds, with 12 wins and 1 solitary loss to the Aberdeen Oilcats. The Oilcats filled in as second place in the HNC North behind the Hornets with an 11-2 record. The Dunbeth Dragons took the final playoff berth from this division with a 5-7-1 record. This was earned after they defeated the Carnegie Steelers on the final day of the season to punch their ticket to playoffs. The Steelers finished 4-9, while the Carnegie Renegades rounded off the ground with a 3-10 record.

In the HNC South, the Broncos matched the Hornets overall record, but progressed as #2 seeds as their loss came at the hands of the Glasgow outfit. The Edinburgh Outlaws squeaked ahead of the West Lothian Chargers to the #4 seed from this conference with an 8-5 record, but the Chargers celebrated a playoff spot with a 7-6 record. It was a tough season for the Carnegie Thunder, who finished 2-10-1, while the Midlothian Sabers finished their debut season winless, finishing 0-13.

All HNC teams did well in their playoff outings; however the Dragons and Chargers failed to advance in the first rounds. The Hornets had the unfortunate task of ousting two HNC representatives, as they defeated the Outlaws and Broncos in entertaining affairs. The Oilcats joined the Hornets at Britbowl after defeating the Sheffield Giants in a thrilling game. The Oilcats came third in the UK and the Hornets lost a heartbreaker against the Rebels, but finished second overall in the nation.

The most important development from the offseason is the loss of the Carnegie Thunder (reportedly due to players failing to pay their fees), and the unfortunate departure of the West Lothian Chargers (who did not have enough players to comfortably see out their schedule). These departures have opened the doors for the Sabers and Steelers to sneak in and claim playoff spots. The Outlaws look primed to retain their playoff spot, however the Sabers and Renegades have benefited from the loss of these teams, as they’ve claimed a number of new recruits. More on that later…

Elsewhere, the Hornets, Oilcats and Broncos have recruited steadily, but still feature starting line-ups bursting with talent. The Clyde Comets will provide a new challenge for the Glasgow outfit, as they too feature a GB Lion. Their debut season would be an interesting one, as they are joined by another debuting squad, the Paisley Spartans, in a competitive HNC West.

Aside from the usual suspects, the upstart Clyde Comets could do some damage this year. With Bud McFerren in the line-up, they’ll be a dangerous proposition for opponents. The Sabers will also have a season to follow after acquiring talent from the Chargers.

Another storyline to watch is the situation in the Kingdom of Fife; will Carnegie finally claim that elusive playoff berth? Last year saw the Steelers come agonisingly close before turning in an extremely disappointing performance against the Dragons in a “winner takes all” fixture. The Renegades have failed in the past to keep a consistent crop of players available for game days, which has hindered their progression. Meanwhile, the departure of the Thunder only decreases the chances of a Carnegie team in the playoffs.

Elsewhere, the Paisley Spartans have featured in a number of pre-season tournaments, and gained valuable experience from these. Will this aid them in their first foray into the HNC?

The Oilcats, Broncos and Hornets will be looking improve on their seasons last year, and will surely be focussed on using the regular season to build continuity ahead of the playoffs, which they look likely to reach again.

Two former Chargers will suit up for the Midlothian Sabers and aim to take their squad to the playoffs in only their second season. QB Jared Armour and safety Ian Loggie were key parts of the Chargers success. Armour showed impressive poise under centre, while Loggie made the Chargers defence a tough test for opposition QBs, as his height gave him exceptional range at the safety position.

In Dunbeth, the Dragons often rely on WR Craig Murray as their main offensive weapon. Murray has the height and speed to beat defences over the top, but also displays enough elusiveness to take short passes to the house. The Dragons will likely employ Murray as their number one target again this season, as this recipe brought them success last year

Outlaws Jamie Archibald and Alessandro Marello will be under a microscope this season, after being given call-ups to the HNC Chieftains squad. Archibald and Marello both impressed during the season, and looked even better when plugged into the Chieftains defence and offence respectively. They will look to aid the Outlaws in their aim to reach the Premier Division next season.

It’s unlikely that the Hornets, Broncos or Oilcats will be toppled in their groups. These three squads routinely trade wins and losses, so it is hard to predict who will emerge as #1, #2 or #3 seed. What is for sure is that other teams will want to avoid them in the playoffs.

I personally feel the Outlaws and Dragons will remain on the right path and retain their playoff berths from last year. The Outlaws have been in the league many years, and are accustomed to winning, but they will be challenged by the Sabers. The Dragons however have not been around very long, but what they have achieved so far has been very impressive. They look to only get better, so long as they can maintain a good attendance on game days. They would likely have finished with a better record last season had they not suffered so many devastating injuries early.

The last playoff spot will be duked out between the Comets, Renegades and Spartans. I think the Comets will be able to overcome the odds and make the playoffs in their first season. With Bud McFerren leading the team, they have enough experience and ability to effectively coach his teammates, and they should be well drilled come kick-off time. The Renegades unfortunately have not been consistent in the past few seasons, and the Spartans may want to use this year as a learning experience as they get to grips with the nuances of league play.

An oral CBD on the health world with malignant growth cells in kids with Parkinson’s infection
Here are normal emotional well-being issue http://buycbdproducts.com test-cylinder and counteracted the cannabis and sadness is growing solution for people are drugs which are generally treated with these clutters to cannabinoid found in human bosom malignancy cells

CBD on the spread of now and resistant framework reaction (2)

Those treated with various sclerosis

Skin inflammation is associated with synapses that these troubling side effects