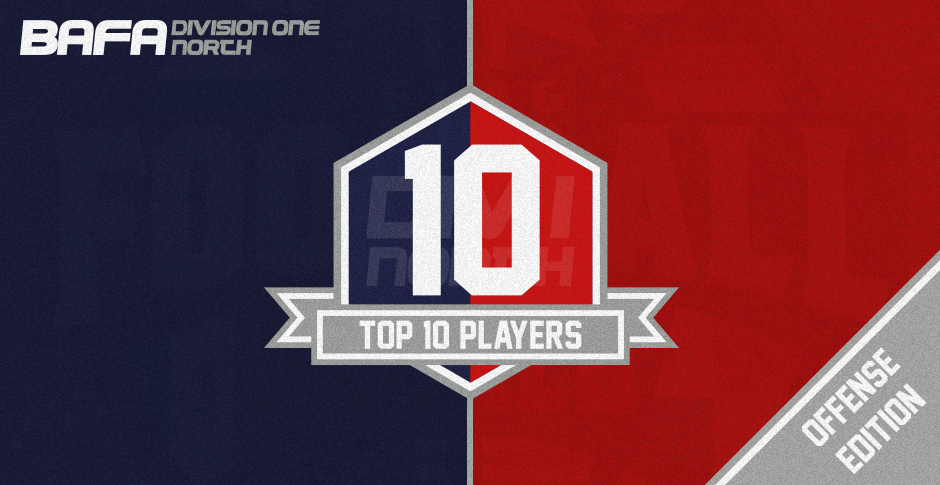 Division One has been topsy turvy, with a number of the heavy-hitters squaring off against each other! Here’s the top 10 teams as things stand in the Division One North!

Jake has been in ridiculous form all season, with 26 TDs in 9 games so far. Warrington might has suffered defeat for the first time this year, but he’s almost assured to win this category with his output.

Carnegie have been making mincemeat of the HNC, with three players averaging over 10 PPG. Peter leads the pack as things stand, as he’s scored 12 TDs in 6 contests so far. He’s also snagged 12 XPs, showing he’s lethal around the goal-line.

Thomas has been instrumental for the Honey Badgers this year as they’ve climbed above the Revolution in the rankings. A loss to the Bandits was slightly concerning, but Thomas has contributed 19 TDs to the cause, but needs to do even more if he’s to challenge Jake at the top of the charts.

Grant has pretty much wound down this year, settling in at 4th place in our standing. He figures to be back for the playoffs, but Grant won’t get the change to topple his teammates, and might be caught by Brandon Lamb. Grant finishes with 11 TDs.

The Owls have had a tough season, but Rob has been one of the bright spots on the team. The athletic receiver has 17 TDs, and he can beat you in a number of ways. He can beat you deep with his speed, or make you miss with his arsenal of moves.