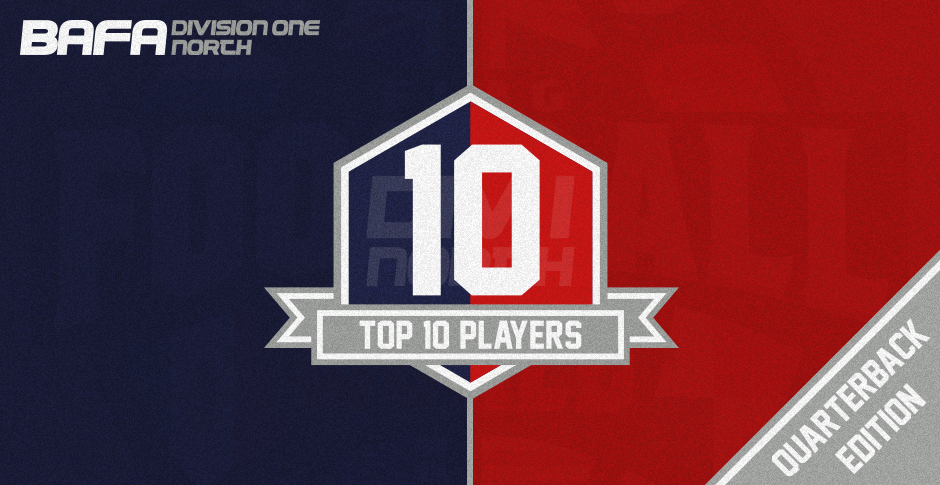 In the Division One North, there’s been some early front-runners to get promoted, and each of these squads has a QB who are slinging it. Here’s the top 10 so far!

Lewis has taken all his experience from the invitational tournaments that the Revolution have attended, and hosted, and put these towards his sides’ onslaught of the MEC. He’s thrown 27 TDs already so far, with only one wayward pass being intercepted.

Neil has returned to the BAFA leagues with a bang after winning 10 straight British Championships with the Kirkcaldy Bulls. He’s got plenty of experience to draw on, and drills his Carnegie side with precision and poise. They’ve looked a far more cohesive unit under his leadership, and Neil figures to be here until the end of the season.

The Honey Badgers were a bit unlucky to end up in Division One. They’re a talented side with playoff pedigree, but a strong MEC meant they had to take a year down in the MEC East. Luca has been doing everything in his power to get the Honey Badgers back to where they feel they belong. He’s thrown 17 TDs in his 4 games so far, and taken only 1 sack and interception.