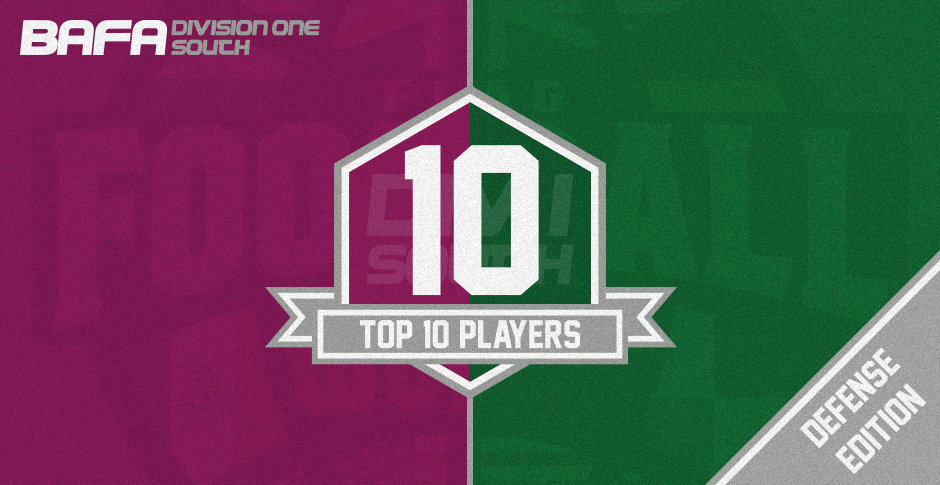 There’s been a lot of big wins and losses in the last few weeks, and defensive ballhawks have had a telling impact on proceedings. Here’s the top 10 defensive players!

Richard has ridiculous PPG as things stand, nearly doubling his nearest rival. He’s snagged 10 picks, returning four for scores. All this in only six games – that’s terrifying form. We can’t wait for the Trojans to take on some heavy hitters in the playoffs.

Alex Towler isn’t a household name for the Titans White in previous years, but he’s got 11 interceptions so far, returning one for score. The new ballhawk Northants is the latest in a long line of excellent defenders out of the Titans program.

Joseph Kewley-Joy comes in at number 3 with two interception scores, and one additional pick. The Falcons have had a truncated schedule with three forfeits against them, so Joseph has done his work in only five contests. He’s got some way to catch Richard, and it would help if he could get on the field!

Another Titan comes in at 4 on our countdown, but David does his damage as a blitzer. 13 sacks and 3 safeties, with an interception, has David pushing for a top 3 place. We’re surprised David isn’t in the Premier Division squad with stats like this…

Similar to his teammate Joseph, George has been punished by a few forfeits against his side, but that hasn’t stopped him from finding the endzone on defence, and picking up another three picks.