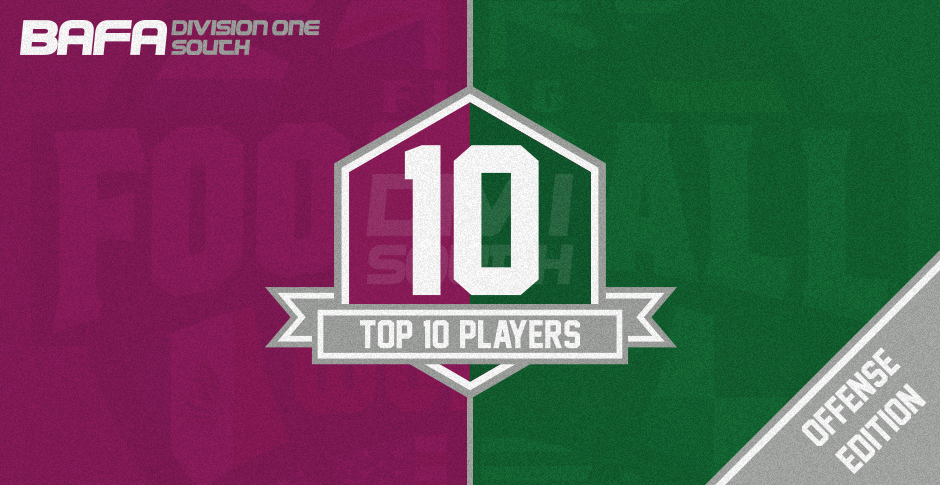 With all the high scoring in Division One, it’s going to be a race to see who can claim OPOTY! Here’s the top 10 after two weeks of action!

John has been awesome so far in his debut year, with 14 TDs already. He’s a tall receiver who runs great routes and has excellent hands. His connection with QB Charlie Williams has been obvious so far; look out for that goal-line fade route. It’s a thing of magic.

Henry might not be top, but he’s probably the Smoke’s most important receiver. His game-breaking speed strikes fear into defences, who have to compensate for his presence and threat in the running game, and as a downfield receiver. If you stop Henry, you’ve probably left John Kerr one-on-one with your DB. That’s never a recipe for success.

Richard has been in dominant form in the South West so far, with 10 TDs and 10 XPs already. The Trojans haven’t had a consistent presence at QB, so to manage this output with different people throwing to him is a remarkable achievement. He’s pretty awesome on defence too…

Rounding out the top 10…