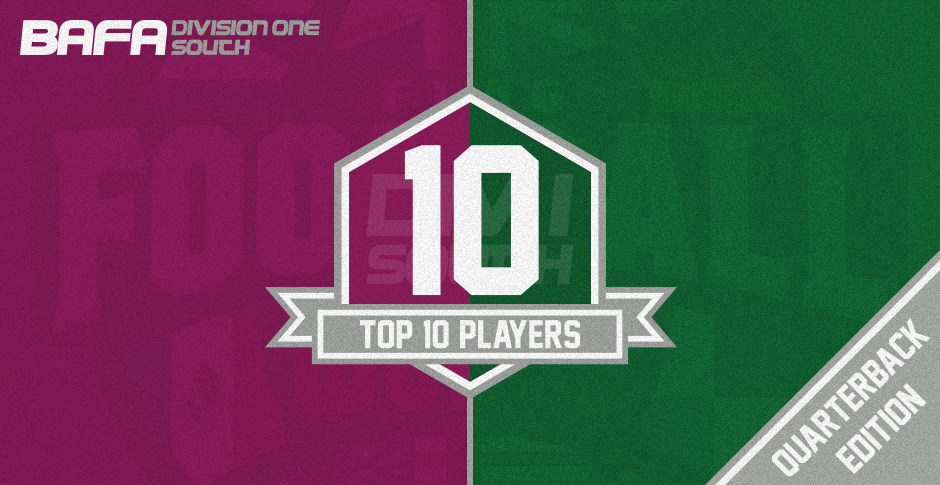 Much like the North, Division One’s stat leaders are ruled by the teams who are cruising through their schedule. Here’s the top QBs so far!

Charlie has, as expected, been excellent in his “debut” BAFA season. with 36 TDs already, he’s going to be hard to catch. We would be overly surprised to see him potentially get double the points of his nearest competitor. 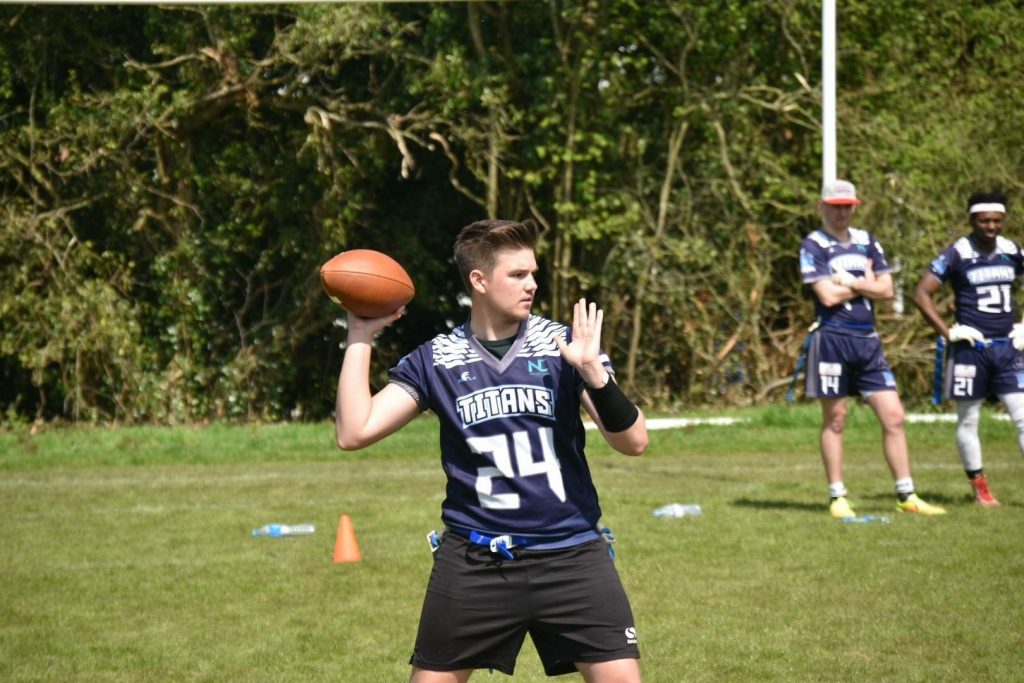 Some way off in second, but by no means less impressive, is Sam Tibbles, who has made the jump from winning the championship in the youth ranks to playing lights out in Div One. He’s got a healthy lead over our third placed QB, but is going to need a miracle to catch Charlie.

James has settled into life well in Division One, throwing 4 TDs in his 4 contests so far. He’s been the best at limiting errors, with only 1 pass being intercepted so far – good for the division lead. He’s actually thrown less TDs than other QBs in the top 10, but his lack of sacks taken and picks thrown mean he’s in at number 3.

Rounding out the top 10…