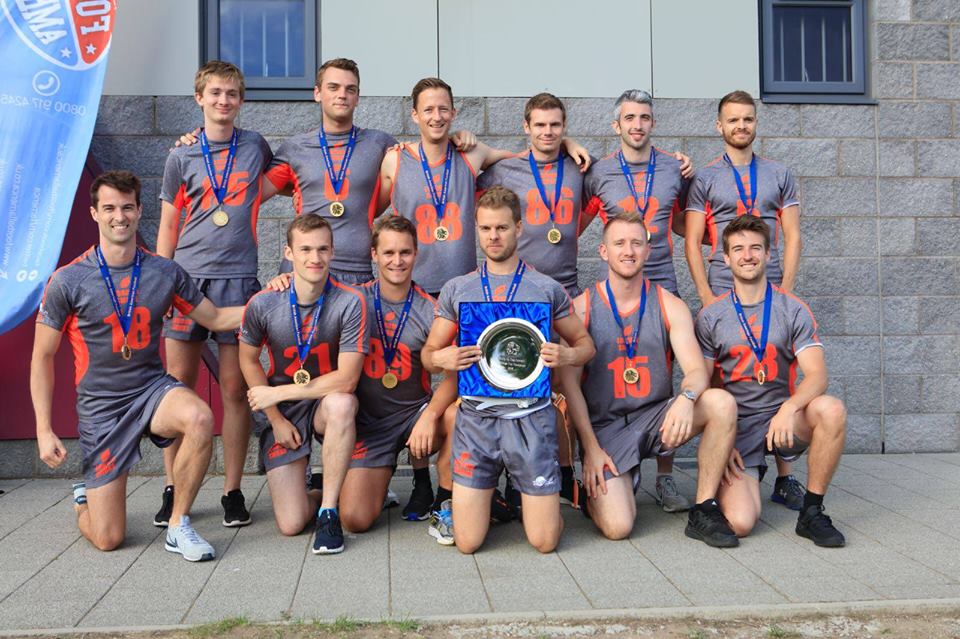 The second edition of the second tier of playoffs is due to take place this month! Last year’s finalists have both made their way to the BAFA Premier Division finals – who’s out to impress this season?

Well this is awkward. The Reapers and Wolves both hail from the South West B division, and are due to square off for the third time this year. The Reapers have a 2-0 record so far this year over their divisional foes, but can the Wolves bite back?

Both games were somewhat comprehensive, with the Reapers running out 34-6 and 32-14 winners. This is a Reapers team who would routinely put 50 burgers on teams, so if the Wolves can get some traction on offence, they know their defence can at least stifle the Reapers.

The Wolves themselves have shown they’re capable of putting up lofty scores – 140 points between three games on the final outing of the season, so they do come in with some momentum.

However, we can’t look past the Reapers to snatch this one . You can’t understate how familiarity helps in a playoff format – this should be an ideal game for the Reapers to calm any nerves and get off to a hot start.

This looks like it’ll be a great contest. The Leeds Samurai managed to snag the top seed in the North by virtue of their ridiculous point differential – their +493 is top in the League One playoffs. The Weston Supers on the other hand actually boast one of the stingier stop units in South, with 299 points conceded.

Leeds are riding a wave of momentum – they haven’t tasted defeat since the beginning of June, and have rattled off six straight wins against some tough opposition. Conversely, the Supers were disappointing in their final action of the year, dropping games to both the Reading Knights and Chichester Sharks. In both contests, their defence conceded over 30 points, which looks like the magic number – the Supers only avoided defeat once when conceding 30 points or more.

We’d put money on the Samurai hitting that tally. They’ve got more experience in the locker, as well as a deadly QB-WR duo in Kyle Taylor and Jonny Dudley. The Samurai should be making a run at the final – we’d expect them to meet the Reapers there!

These are the match-ups we came to see, not regular season rematches. The Wigan Bandits were one of the stories of the MEC this season, as their new-look offence dominated the MEC East with a 14-2 record. The Cougars won the South East A, but they made a real hash of it.

This was probably the most straight forward division, and as a newly-relegated team, they should have had all the firepower to come into the playoffs are a top seed. Instead, their path is made all that more difficult as they dropped needless games to the Leicester Huntsman and London Flash, to name a few.

Still, we’re feeling good about the Cougars’ chances here (despite their lack of usable team pictures this year!). While QB Dave Mooney can uphold his bargain in any given shootout, we’re not confident that the Bandits defence can do the same against the Cougars offence. The Cougars are awkward for any team to handle, as their offence has speed at every single position. Look out for Kieran Eaton to do some damage.

We’ll take the Cougars overcoming the Bandits here, but this game is the biggest toss-up of the first round. The Cougars can either be world-beaters, or extremely poor – which version will turn up?

A lot of people will have this one circled as the tie of the first round. We beg to differ.

Starting with the Gunslingers, they only dropped one game (and tied another) on their way to a debut division victory. The South Midlands Outlaw Gunslingers (or SMOG as we’re going to call them) recruited strongly, tempting over several Premier Division players to their ranks from the Northants Titans. They also secured the services of former SWC Dragons QB Adam Grindrod, whose presence alone put this roster from frisky to title candidates. Their seeding is misleading, as they played in a four team division by the end of the season.

Meanwhile, the Killer Bees basically went from worst to first in one offseason – they looked helpless last campaign, but results turned their way this year on their route to a divisional crown and a promotion as well. The sister club of the Glasgow Hornets will hope to make a similar impression with a final run, but we can’t see their journey being a fruitful one.

We’ve highlighted previously that a number of their wins were in absolutely ridiculous circumstances. They seemed to miracle their way into some wins, or as some others might look at it, luck their way into them. No doubt they’ve got talent, but they’ve rarely put it together into one comprehensive performance. The vaunted “Beefence” has the best PPG conceded in the field of teams, but you caveat that with the fact that they come from a relatively weak division. Their PPG scored is comfortably at the bottom of the pack. Their offence needs to do a lot of work to keep up with SMOG.

The good fortune looks to have run out for the Bees – dropping two games in the final two game-days shows their vulnerability, and we expect SMOG to dominate this one.