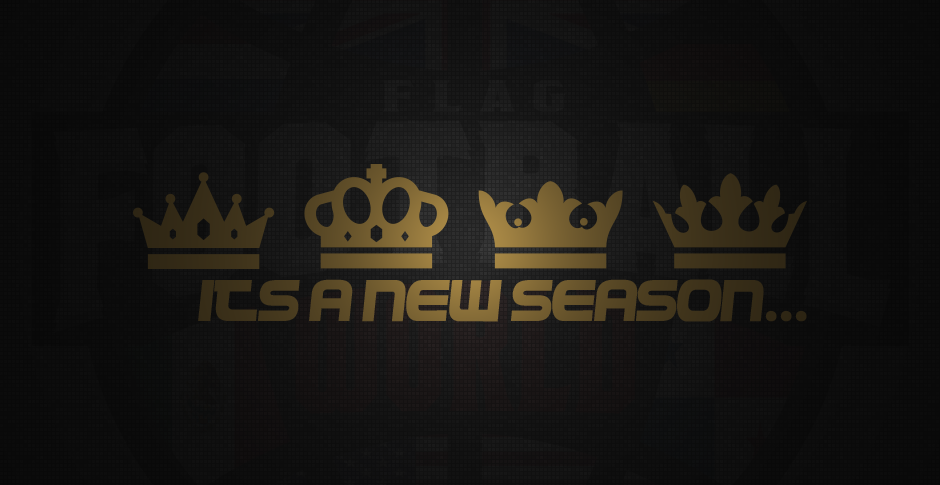 The 2018 BAFA season is almost upon us, and there’s lots of news and goings on to look forward to! Today we’ll break down everything you need to know ahead of the new campaign!

In a groundbreaking move, the BAFA Committee have transitioned the ever-expanding BAFA leagues into two divisions – the Premier, and Division One. There’s a lot of new faces and big names returning. There’s a Northern and Southern split also, and here’s how the divisions look!

Each conference will play two rounds of divisional games, and each team from the other conference within their division. Very straightforward, and similar to how the NFL runs things.

Our Thoughts: The league has been expanding for years now, and while it’s unchartered territory, we’re excited to see how this format works! It puts a lot more of a spotlight on teams and more of a weight of responsibility for every squad to make sure their fixtures get played. Forfeits now roll on for a few seasons, so punishments will be based on a team’s historical forfeiture history. Every squad should feel good about their chances of winning their respective divisions and conferences. We shouldn’t see any 100-0 scorelines like last season, and there should be more parity in the league.

Another interesting wrinkle to this season is the introduction of a number of ‘B’ teams, almost exclusively in the Northern section of the BAFA leagues. The Aberdeen Oilcats, Grangemouth Broncos and Glasgow Hornets are all entering two squads into the league this year (Oilcats 2, Colts and Killer Bees) respectively, while the Sheffield Giants follow suit by entering their own development squad into Division One. In the south, the Northants Titans have three (!!!) teams in the BAFA leagues, one in the Premier, and two in Division One. The race to see who gets two teams in the Premier Division is on!

There’s good ground rules for players who suit up for a ‘development side’ and get called up to the ‘A’ team. This is known as the wandering rule. You can ‘play up’ once, but if you do this again, you’ll be unable to ‘drop down’ to the Division One squad. Premier squads can only call up plays for 50% of their game days, so they can only use this sparingly. Again, we applaud for the committee for having the foresight to prevent any abuse of some of the larger outfits in the BAFA leagues, who could have loaded their dev team with talent, and recall them for their premier fixtures. This is encouraged to be a safety net in the event of catastrophic injuries or the like.

The top two teams from each respective division in the Premier Division will advance to the British Championships, meaning 8 teams in total will be at the final hurdle of the season. They’ll be seeded 1-4 respectively, and 1st from the North will play 4th from the South, 1st from the South will face 4th from the North and so on. They’ll be seeded again for the semi-finals, until we have our two teams in the final!

If you finished 3rd or 4th in your division, there’ll be a Plate tournament to play for, which will follow the same format as the Championship bracket.

In Division One, the top two teams from each Northern division will go the Division One Championships, along with the winners of each of the three Southern divisions, as well as the team with the next best record, creating another eight team tournament. Again, each team will be seeded 1-4, following the same format as the Premier Division.

Again, there’ll be a plate tournament for teams that finished outside the Championship bracket in Division One, with 3rd and 4th in the HNC and MEC earning their spot, and the four best records from the South will take part.

All the silverware is nice and all, but promotion is where it’s at. The good news for those in the North is that if finish #1 from the HNC and MEC then you’ll automatically move up to the Premier North! The 5th placed team from the Premier North divisions and the next seeds from the HNC and MEC will face their respective counterpart in a play-off game for the Premier Division berth. In the South, you’ll follow the same format, with the top two Division One Records automatically being promoted, and the next two best records taking on the 5th placed team in the Premier Division which is closest geographically (so for talking’s sake, the London Smoke would play the 5th placed team from the SEC).

Get all that? Good.

Our Thoughts: It gets a little hairy in places, but overall this is a straightforward way of doing things. Twelve teams is an ideal size to make sure that every team in the Premier Divisions has something to play for. 1st and 2nd are going to the Championships, 3rd and 4th have the plate to contest, while 5th and 6th will be fighting to avoid relegation. EVERY game day will have massive implications on the following season, which is unprecedented in the UK flag scene. The number of teams in the league (59 in total) is a pretty awkward number to be working with, but we commend the committee for putting forth a format which works well on paper.

The biggest and best improvement for us, on top of the two tiers, is the finals day. The flag league’s climax has always been a little disappointing with only four teams in attendance. It results in the league ending with a bit of a whimper for many teams who take part in the league. The idea that 55 teams would be at home this year seems criminal, so we’re glad that steps have been taken to include a number of other teams in the finale to the season. The British Championships takes place on the 18th of August, while the Promotional Playoffs will be on the 15th of September.

In a move that was trialled a few years ago, the league have reintroduced the requirement for teams to send at least two representatives to a Flag Refereeing Course held by Jed Llewellyn-Brookes.

Refereeing has always been a hot button topic in the BAFA leagues, with the resident Facebook page being somewhat spammed on a weekly basis with miscommunication and confusion surrounding the rules and how they are applied. Thankfully, Jed was at hand to deliver clinics to each of the four conferences, and with an additional mop-up session planned, we should see a higher standard of refereeing across the UK this season. On top of this, we’ll see the introduction of a scoring system, which is already in place in some European leagues and practiced at Champions Bowl.

Our Thoughts: This is a no-brainer, and has been pretty effortlessly rolled out over the last few months. The mop-up session is the cherry on top of this measure taken by the league to cut down on the knowledge gaps. The scoring system should encourage accountability and open-discussion between teams in attendance. Low scoring teams will be subject to scrutiny from the league committee, while high scoring teams will receive praise. We saw this in action at Champions Bowl first hand, and it was an excellent idea.

Another area that the league committee are looking to improve on is the value for money people see from their registration fees. Aside from the league, there’s really not a lot that BAFA offers, so starting this year, we’ll see the introduction of additional tournaments run before and after the season. These voids were previously filled by others independently starting these invitationals, such as NuOla Spring Break and Turkey Bowl, but this is now under the BAFA umbrella. The pre-season tournament is on Easter weekend, while the post-season tournament is to be rescheduled.

Our Thoughts: The teams involved in the first pre-season tournament isn’t full of heavy hitters, and it remains to be seen how teams treat these extra-curricular opportunities for game time. Still, they can be good springboards for the season, so we’re looking forward to seeing how the first one pans out. Once they get a bit of a lineage and fleshing out, we’re sure they’ll be a big success.