The League One MVP award winner was a close race, but one player earned several nominations from his peers –

The Wigan Bandits were feisty last year, but in 2019 their game rose to a whole other level, thanks in large part to the play of Chris Crook.

Chris earned the adulation from the other teams in the MEC thanks to his dynamic playmaking ability. He doubled down on his offensive output on defence this season, as the Wigan Bandits earned themselves a spot at the BAFA League One Playoffs.

He’s surely in position to give us an encore performance next year, as the Bandits figure to go from strength to strength. 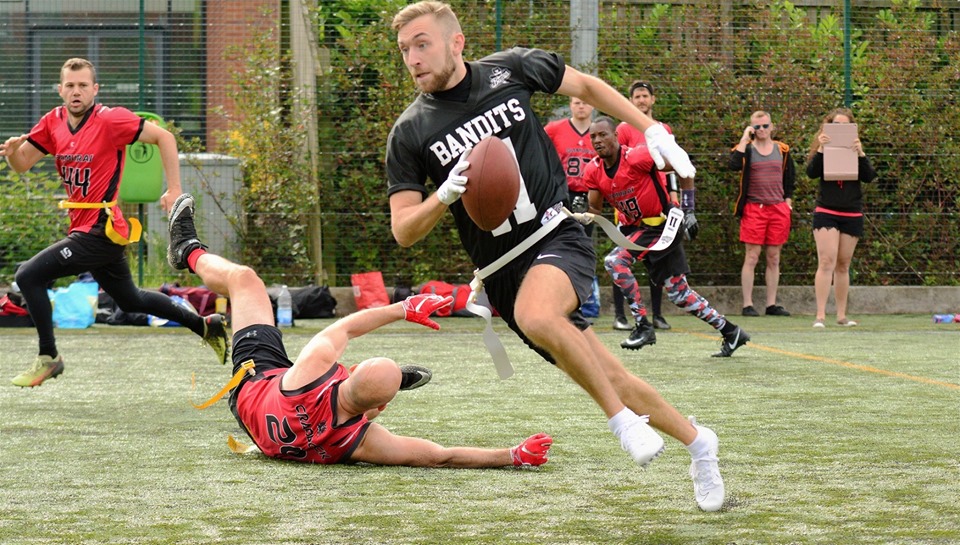 Here’s what Luke Heaton, Wigan Bandits GM, had to say about Chris:

“Our reigning OPOY really stepped up another gear on the offensive side and built quite a rapport with QB David Mooney. But not only that, he shifted onto the defensive side and created a hybrid safety/linebacker role, baiting quarterbacks into throws he wanted them to make. He finished the year with 28 touchdowns, 13 picks & 5 pick 6s.”

The honourable mentions for the Division One North were: