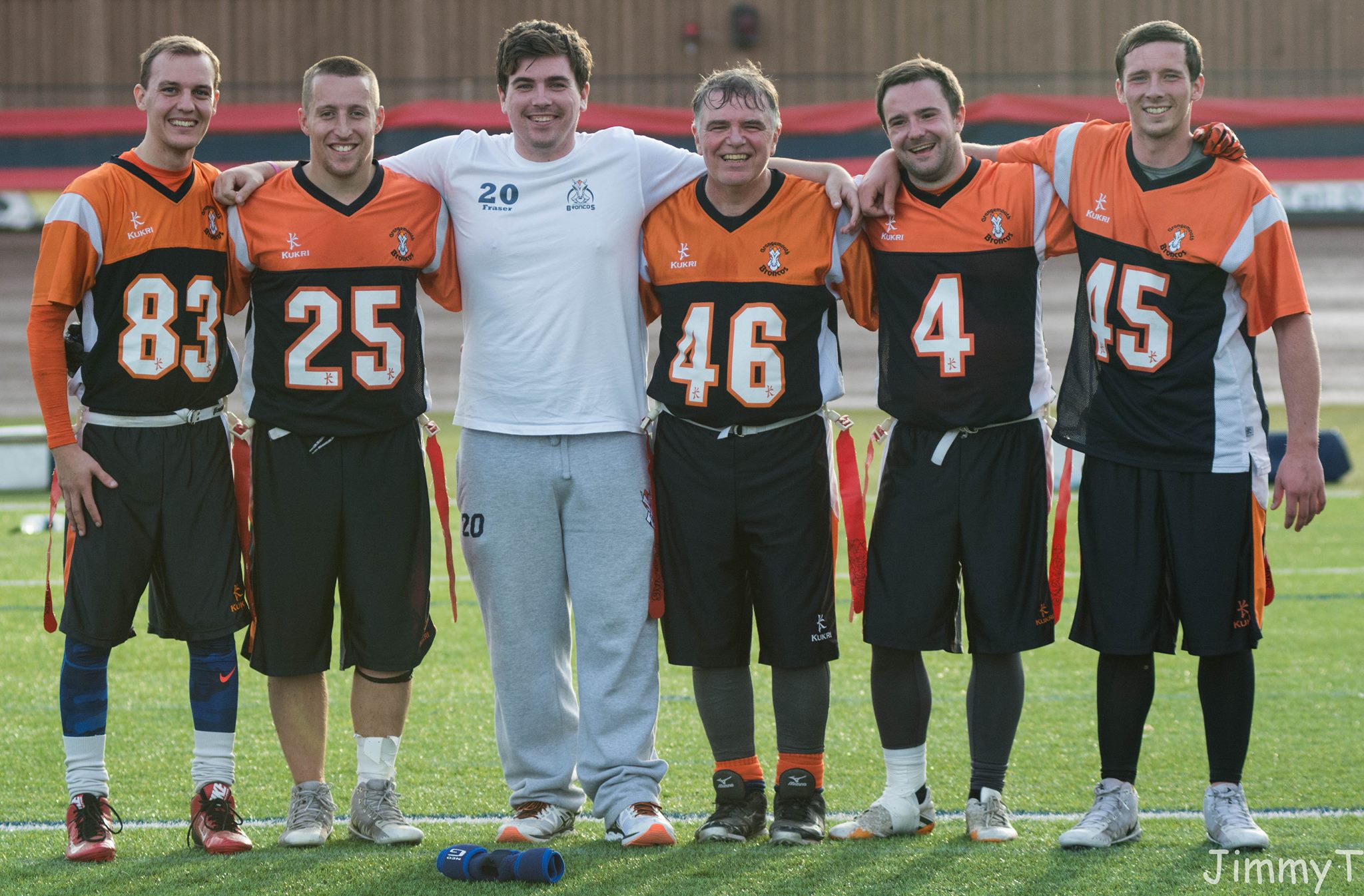 We’re back at it again with the snappily titled BAFA P&PPP! This year a number of teams will take part in the Plate playoffs. While some may be disappointed to find themselves here instead of the top table of British football, they can seek solace that the Grangemouth Broncos built on their 2018 Plate victory and walk into the Premier playoffs as the top seed in the North.

Looking up and down the list, you’ll several teams that we predicted to be competing for the national championship, namely the London Rebels and Aberdeen Oilcats.

London have slipped to third in the SEC, and one disastrous cross-conference game-day meant that they’re playing for a consolation prize. The former two time Britbowl champions have had an up-and-down season, but they’re absolutely the favourite going into the Plate playoffs. If they turn up with even 80% strength, they should have enough.

We’re gonna throw Aylesbury Vale Spartans in as another team that should be feared. They went to the final of this competition last year, and seemed to be in a position to push for a Britbowl berth this year. Instead, they came third in the SWC, and have to settle for another Plate bid. With speedsters such as Jeff Bond and Ewan Alman, we wouldn’t be surprised to see them challenge London.

Meanwhile, Aberdeen look like a sleeping giant in this bracket, but they’ve honestly had too many injuries for us to fancy them this year. Their arduous travel is compounded by the fact that their squad has become threadbare in the final stretch of the regular season. Gary Elliott has been thrust into the QB position which has in turn downgraded their ability at receiver. Still, they have a stingy defence. And defences win championships. Except in flag.

The Manchester Crows went down in flames towards the end of the year, as Matt Wilkinson’s absence was felt much more than anticipated. The Crows had the division title in their grasps, but they couldn’t seal the deal down the stretch. Still, they’ve got weapons and home-field advantage. We expect the Crows to be motivated to make a statement in this competition.

From the South, the Victoria Park Panthers are former Britbowl competitors who have found themselves taking a backseat to some of the capital city powerhouses. They’ve a great roster of talent and experience, and if they can get past the Oilcats in the first round, they’ll be able to build off that momentum.

This is pretty harsh, but with the way the seeding has shaken out, we can see three teams who have limited prospects in the plate.

Beginning with the Bedford Blackhawks. They’ve had a banner year in the Premier Division, and proved a lot of people who thought they’d be relegation fodder wrong. They picked up the wins necessary to keep their heads above water, but come into the playoffs as the #8 seed. With a match-up against the Crows, they could catch them cold, but we expect the Crows to win in the all-avian affair.

Warrington Revolution might be close to be home, but they’ve got a horror first round game against the Aylesbury Vale Spartans. They’ve had some small squads of their own, and we wonder if they can muster the firepower to keep up with the Spartans attack.

Finally, the Sheffield Vipers Green will be taking on the London Rebels in the first round. They’ve lost QB Keith Woodley, which is a major blow. They’re here mainly by virtue of their strong start to the season, and we think they’ll probably be bowing out in the first round.

This is a far more competitive field in our eyes than the Championship bracket. We could see easily see six of the teams in attendance take a run at the title, but here’s the likely teams.

The Reading Knights come in as the outright #1 seed. Jay Bellamy and co. will be disappointed not to be at the Championship playoffs, but they’re hot favourites to pick up the plate title.

Just behind them we can see the Newcastle Blackhawks turning a strong campaign into success. They’ve got Premier Division experience and talent, but they were victims of a loaded division in the MEC. They matched the Knights’ record at 12-4, and are the top seeds from the North.

Probably not a name on a lot of people’s lips are the Oldham Owls. That’s fine, their end-of-season slide into the Plate competition is definitely reason to be concerned, but they’ve arguably got some of the best raw talent in attendance. Players like Robert Welti and Jensen Fairhurst are young and athletic playmakers – something a lot of other teams don’t have.

The Chichester Sharks should be disappointed not to be fighting for promotion, but a couple of bizarre losses mean they’re facing another season in League One. Corey Bedford is the main attraction for the south shore side who definitely have the roster to do some damage against some of the top seeds.

The Midlothian Sabres will hope their unorthodox attack will lead to further success after they earned themselves a shot at Premier Division status this year. The Scottish outfit have one of the more talented receivers in James Grubb to lean on – we expect he’ll be wowing onlookers with his ridiculous catching ability.

The Leighton Steam entered the league with fanfare and experience – their team have several former Aylesbury Vale Spartans, who have played at a high level in the UK. The Steam were slow out the traps, but managed to finish second in the South East B division. They boast the stingiest defence in this field of teams.

The Grangemouth Colts probably lean on one individual more than any other team at the Plate finals. As QB and safety Andy Brown goes, so does the rest of his team. He’s either calm and surgical, or wild and undisciplined – more of the latter is the reason the Colts have gone from the cusp of a division title to third in a fairly weak field of teams.

Finally the Nottingham Bears were onto a fairytale as they found themselves atop the MEC East after the first game-day. Unfortunately since then, they’ve had more difficulty picking up results against some of the top sides. Some strange end-of-season results has us wondering if they’ve run out of steam coming into their game against…the Steam.

So this is embarrassing.

The Wigan Bandits have been promoted after the Honey Badgers have forfeited this game. The Nottingham side have been dreadful in the Premier Division this year, showing the step-up was too much for their roster. They failed to pick up a single win, and have accepted a League One spot next season. The Bandits will take part in the MEC Premier Division next year.

The Northants Phantoms have forfeited their game against the Supers, so Weston will be taking their place in one of the Southern Premier divisons next season. A one win season for the Phantoms was a huge disappointment for the stalwarts in the South, who will be playing League One football next year.

The Reading Lions haven’t just forfeited, they’ve folded their programme as the Cougars have bounced straight back up to Premier Division football – the first team in this league format to do so! They’ll be in a soon-to-be-announced Premier division, but first they’ll want to make a run at the League One Championship.

The only game actually taking place, the Outlaws will be preparing to take on the Sabres, who have plate action on the same day! This could hurt the Sabres, but we imagine they’ll be more focused on promotion. The Edinburgh Outlaws will need GB Lion Jamie Archibald to lift them after finishing second-to-last in the HNC. We’re not sure how motivated the Outlaws will be, and fancy the Sabres to swipe them down on the way to securing their first Premier Division season.