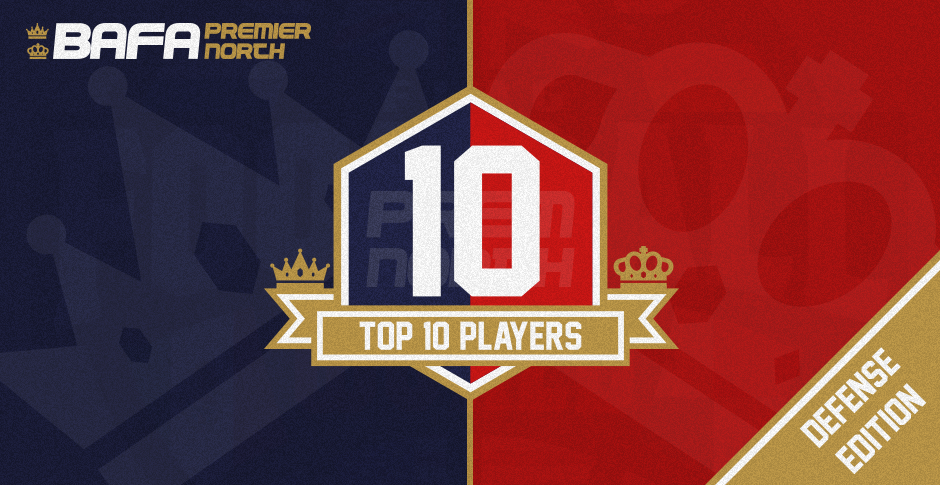 It’s not all touchdowns and big scores in the Premier North, as some defenders are putting in work to give their teams the best chance to win. Here’s the top 10 defenders in the division as things stand!

Blitzers are people too, and Stephen is one of the best in the league. Arguably the best player on the field during the Oilcats’ win over the Broncos in the playoffs last year, Stephen has taken his game to new heights, with an eye-popping 11 sacks already this season, with a safety and TFL to boot. His height, speed and control make him a fearsome prospect, and he makes the vaunted Oilcats defence that much strong. He’s also the more talented Elliot brother.

Mantas featured in the top 5 offensive players, and now claims the second spot for defence as things stand. The two-way star has been excellent so far for his new club, as he shows his versatility and knack for creating turnovers on a weekly basis. With 3 picks, and 2 returned for scores, Mantas has had a telling impact

Sergio was a monster down the stretch for the Cheshire Cavaliers last season, almost single-handedly pulling the Cavs into playoff contention. Now, he’s the top defender for the Manchester Crows as they attempt to step in between the Titans and Giants in the MEC. Sergio has shown his all-round excellent defensive player in his start with the Crows, grabbing 5 picks and 2 sacks so far.

Liam has emerged as one of the top safeties in the game the past few seasons, as evidenced by his GB Silver Lion place. He’s picked up 5 interceptions in 4 games so far, and QBs should test him at their own peril. If he can start to return a few to the house, Liam has a real chance of winning this award, and is one of our early favourites.

While not quite the physical size of division-mate Stephen Elliot, William uses his ridiculous speed and lateral movement to frustrate quarterbacks. He’s picked up 6 sacks and 2 TFLs already in this young season, and could be a player to watch as things progress.

Rounding out the Top 10