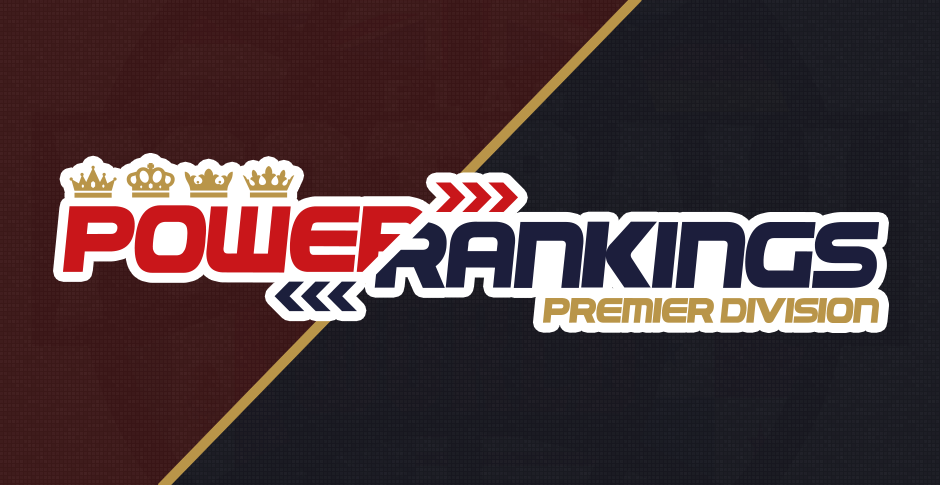 Since our last update, we’ve had a full game-day AND Big Bowl to mull over. With plenty of movement in the top 10, here’s how the teams in the Premier Division sit!

The Glasgow Hornets exorcised some demons in Sheffield, going 3-0 in some style. Two big wins over the Vipers and Samurai were probably expected, but the 9 point win over the Giants was significant for a number of reasons. The Giants have always had some spell over the Hornets, so finally overcoming them is a big moment for the Glasgow side. It’s also significant that the Hornets have come through their two furthest journeys unscathed – beating the Oilcats in Aberdeen, and the Giants in Sheffield. That’s a resumé a lot of teams would be proud of. The Hornets are number one for now, as they plan to host the remaining MEC teams this weekend.

The Hurricanes move up to #2 after continuing their undefeated season with two comprehensive wins over the Chichester Sharks and Reading Lions. They put up a ridiculous 125 points in the two contests, and look on fire as they face a daunting task in their next round of games. With the Buttonhookers, Rebels and Panthers all to come, the Hurricanes could see their undefeated streak come to an end. However their Britbowl spot might be the quickest sewn up as the Northants Titans Blue stuttered in week 3.

The Buttonhookers move down despite going 3-0 in their most recent game-day. Their results were impressive, but their most recent outing at Big Bowl raised similar questions that we had around the team prior to the season starting. The Buttonhookers had a desperately disappointing time in Frankfurt, finishing 18th after failing to progress from their group to the top 16 bracket. They can set the record straight when they take on the Hurricanes at the next game-day.

Arguably less disappointing at Big Bowl were the London Rebels, but they move down regardless to make room for the red hot Hurricanes. The Rebels also have an iffy performance against the Aylesbury Vale Spartans, eking out a 7 point win. Like the Buttonhookers, the Rebels will have a chance to show their class when they take on the Hurricanes in what will be our matchup of the day!

The Oilcats were dominant after suffering their first loss of the season. They defeated the Manchester Titans, Manchester Crows and Newcastle Blackhawks in comfortable fashion to stamp their authority on the league. With the Hornets within touching distance, and the Broncos potentially struggling down the stretch, the Oilcats are nearly locked in for a Britbowl berth. Next up, the Oilcats have the remaining MEC teams coming to Edinburgh.

The Titans took on the HNC and struggled mightily against the Broncos and Oilcats; even the win over the Outlaws wasn’t all that convincing. The Titans are relatively new to this whole top-of-the-division business, but they’ll need to get used to playing higher calibre teams if they’re to have any hope of making an impression at Britbowl. We’re not overly worried about their chances of progressing from the division, but their title challenge may be brief.

The Giants went 1-1 on their hosting duties, dropping a game to the Glasgow Hornets. With the Titans losing twice in Newcastle, the Giants come out the day looking stronger, but need to do better than the Titans fared to capitalise on this opportunity. We’re hearing the Giants may be under-strength when they take on the Broncos, Outlaws and Oilcats, but they might just have enough enough to go 2-1 at the very least.

The Broncos move up after shaking off their earlier losses to the Hornets and Oilcats with a 3-0 day in their first cross-conference matches. The Broncos looked back to their best as they picked up three important wins, but their task gets a whole lot more difficult after their Big Bowl efforts. As mentioned before, GB Lion Kevin Woods will be absent for the rest of the season. To compound the misery, Fraser Thomson looks to have had his season prematurely ended after injury. Fraser is truly the heart of the Broncos, so its hard to understate his loss. Still, the Broncos have two of Europe’s top talents in their midst in Callum Woods and Liam Fleming, as Scott McKenzie will lean heavily on the star duo. They’ve got enough firepower to stay competitive, but their game against the Sheffield Giants will tell us a lot about how the Broncos’ season will end up.

Victoria Park continue to add to their impressive record after another 3-0 game-day. A one point win over the Spartans is a slight cause for concern, but the Panthers are still keeping pace with the Rebels and Buttonhookers. If either side drop a game, the Panthers will be there to pounce. The biggest hurdle in the immediate future for the Panthers is their game against the Hurricanes.

The Titans Blue were a bit of a shambles in their most recent excursion. Seemingly getting lost on the way to the venue, the Titans Blue looked just as lost on the field as they fell to an 0-3 record on the day. The biggest cause for concern is how uncompetitive the Titans Blue looked. They may be similar to the Manchester Titans, in that their Britbowl story could end at the very first test. The only good news for the Titans is that the Northants Phantoms matched their poor output.