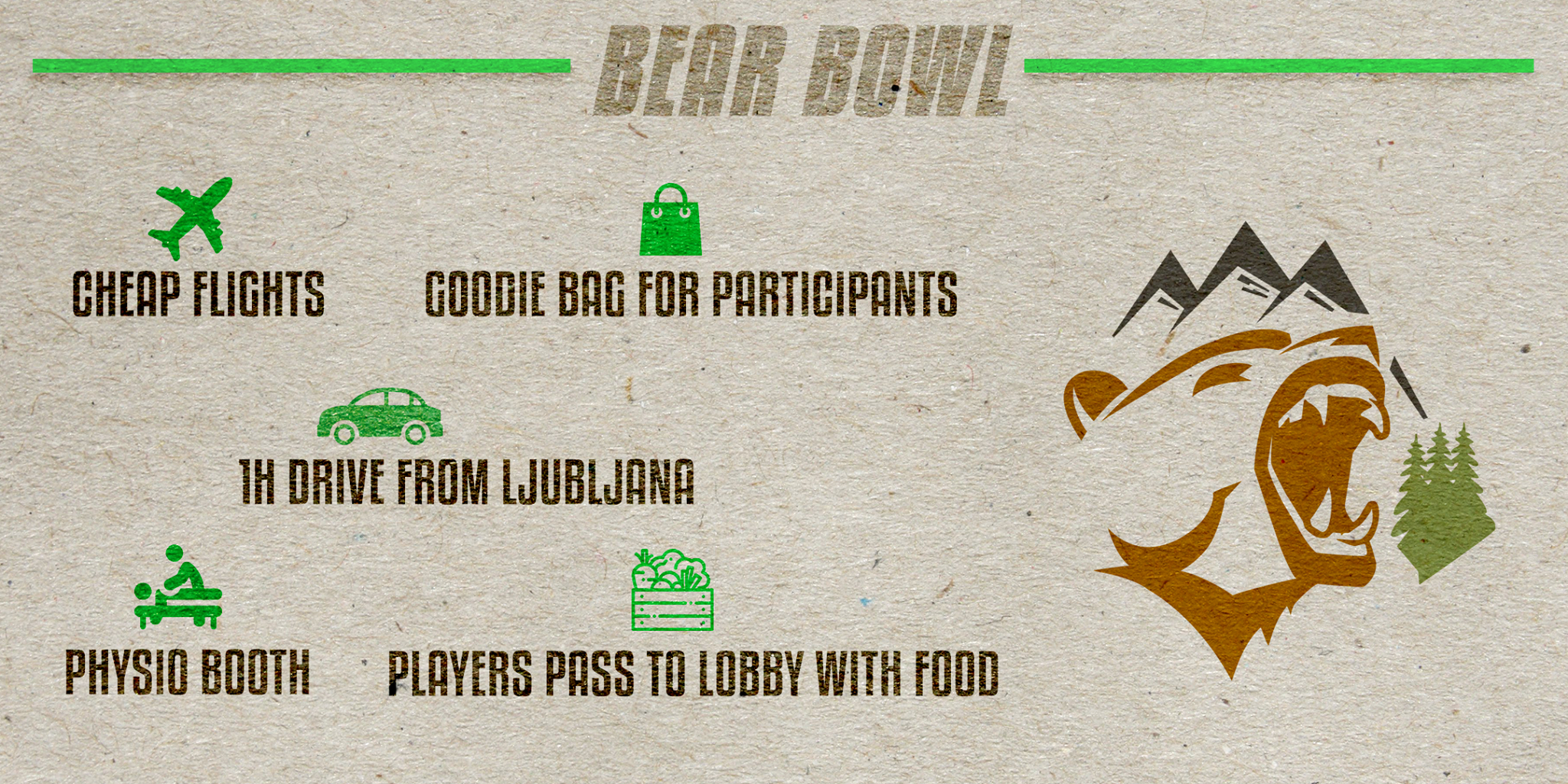 Following the success of this year’s bear Bowl the Wildhogs are now ready to tease you with a 2019 update which promises to raise the European tournament bar.

Bear bowl V is a male/mixed international tournament in Flag American football which will take place in the municipality of Kočevje in September 2019. 12 teams from all over the world including potential teams from the United States to play under the double elimination system.  This means that the losing teams also have the opportunity to qualify for the finals. At least 6 games per team are guaranteed, with teams divided into two groups. The games will consist of 2 x 15 minute halves with no stop clock until the semi-finals.

The semi-finals, the third place, and the finals are played by the IFAF Europe/IFAF Continental Association of Europe rules, 2×20 minutes. The matches will be played at the Gaj Kočevje Stadium. Kindly welcome to follow all the news. The link to the event is here https://bit.ly/2yZx9o1

Before we get to the good stuff, tickets to Slovenia can come very cheap. Especially with EasyJet, Ryanair, WizzAir, Transavia, etc… The accommodation per person should be no more than 25 euro per person, per night, with breakfast included. There will be a physiotherapy booth with professionals. Every player will get a goodie bag. And a player pass to the lobby with fruits, water and some basic food. There will be music, food as well as entertainment all over the tournament site. Every field will have a professional referee. Semi-finals and finals will be held with those referees too. 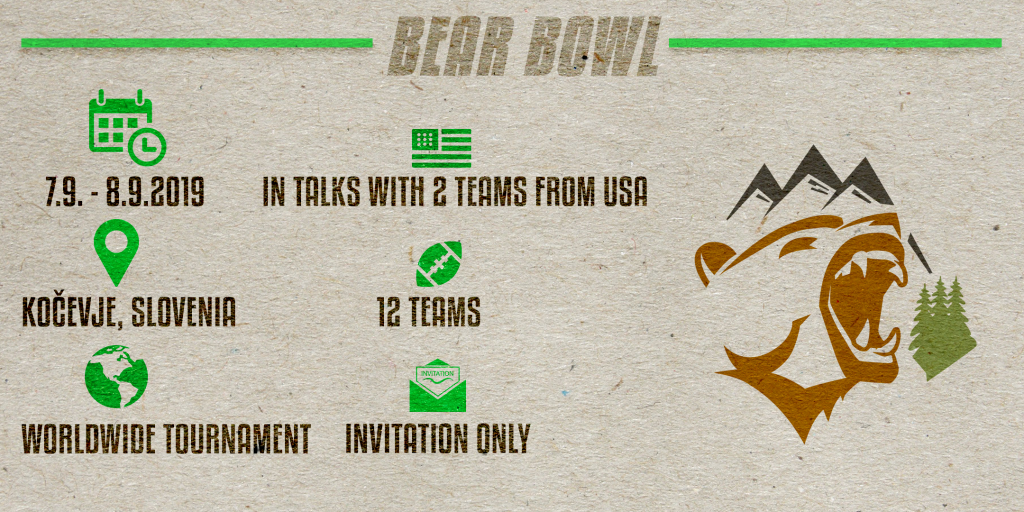 In September we will get the master of the Kočevski forest. We are prepared to help you with plane tickets, accommodations everything you need. And if you have any question just hit us up through Facebook messenger or IG account WildhogsFlag.

Since many players also have children, we will also organize an U11 tournament for the youngest players on the Saturday. The number of teams will be limited, with priority given to the teams that will take part in the tournament.

We are happy to help with any information you would like to know. Until then Love from the Wild Hogs.