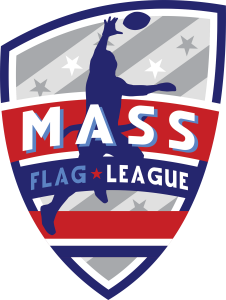 Continuing our run up to Big Bowl, FFW caught some time with the Mass Flag Allstars, winners of 2016’s tournmanet to find out a little about the League that they are involved in and the upcoming tournament in Waldorf. We spoke with President and Commissioner of NSFFL Inc (Massflag) Austin Bradshaw.

For those that do not know much about the Mass Flag league, can you explain what it is and how it all started?

The MASSFLAG league is the adult division of the NSFFL, the NSFFL is a 501(c)3 non-profit organization that runs the NFL FLAG program for boys and girls in Massachusetts. We started MASSFLAG after getting s lot of requests for an adult league from the youth players parents.

The NSFFL was incorporated in 2009, with the MASSFLAG league starting in around 2010.

How big is flag football in the Massachusetts area and how much has it grown since it started?

Adult and youth flag football in Massachusetts is pretty big, it has been growing steadily over the years, there are several leagues and organizations across the state.

How many teams participate in the league?

We currently have 42 adult teams and 390 youth teams playing this Spring.

We understand there are different competitions within the league; can you explain what they are?

Yes we play 5 on 5 non-contact men and Women divisions similar to IFAF rules, but we also play 7 on 7 semi-contact, which means there is a O & D line and linemen are eligible.

Are games played at a central venue?

How do you register a team?

Teams can register on-line, via a registration form, or simply by calling our office to register.

Is there an entry fee?

Is there any sponsorship involved?

The league itself does not have any direct sponsors; some teams have local sponsors for their team but that’s about it.

With so many teams entering you must have a lot of work on your hands. How much staff do you currently employ to help run the league?

Last year you were entered Big Bowl (and won first time of asking!). How did you get involved in that?

I heard about the tournament several years ago. As our league began to grow, we started to travel. We went to the Cabo Bowl in 2014 and Cancun Bowl in 2015 and wanted to try something new in 2016, so we went to Big Bowl.

How did you select a team for the Tournament?

We selected the best players throughout the league. During the season we maintain stats on the players and you typically find most of our players were at the top of most categories.

It went pretty well for you as you came away champions. How did you feel the standard was in comparison to the US?

There was a wide variety of competition at Big Bowl which we liked a lot. It was a fun tournament and not too serious which can happen over here in the states, which takes away from the event.

Which team do you think was your toughest opposition?

Our toughest competition was our semi-final and final games against the Armadillos and Fusion, both Danish teams I believe. We also had a tough game against the Scottish Chieftains in the playoffs. The tournament is set up well with regard to groupings and playoff brackets. I honestly believe if some of the teams from Big Bowl came over to the states they would definitely win some games!

You are entered again for this year, will it be the same team?

It is almost the same team, we have 2 guys that are not coming this year so we replaced them with 2 very good players.

What are you looking forward to the most about the tournament?

Just the overall experience, meeting players from all over the world to play the same game we all love. We are also bringing a girls team this year to play in the Women’s division so very much looking forward to seeing how they do against the other women. Last but not least, seeing the sights, playing some fun competitive games. Also the beer and food of course!

Are you entered in any other tournaments this year?

Not as a team, we do host our own Summer and Thanksgiving tournaments but the guys typically break up for those. We also have a possible trip in the works to Asia known as Touchdown Manilia this coming November.

What are the aspirations for 2017 for the Mass Flag League and all-stars?

Our league continues to grow, as one of the biggest in the state, we’ve added a Women’s division and we’re looking forward to defending our championship at Big Bowl XI.

Thanks to Austin for giving us some insight into the Big Bowl Champions and the Mass League!  You can keep up with them on the below links!