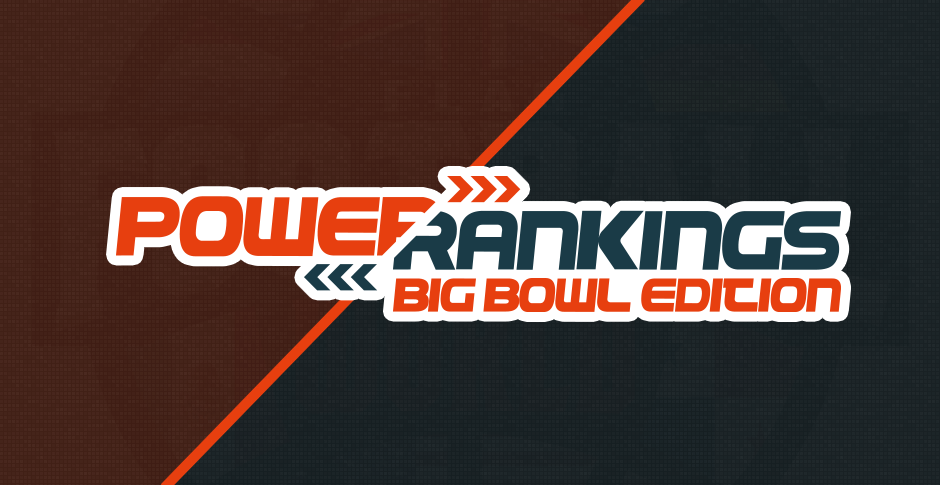 Big Bowl is THIS WEEK! We’re beyond excited at FFW HQ. As we do each year, we’re gonna give our thoughts on who our top 10 teams are going into the tournament!

Without further adieu, here are our Big Bowl power rankings!

Coming in atop our power rankings are the third place finishers from the last two years and the clear favourites to take home the trophy for the first time since 2015. The Armadillos are the perfect mix of exceptional talent, well-practised execution, and superior depth. In QB Frederick Lochte Ermler, C Kristoffer Holmstrup, and DB Niklas Dyrby Johansson, Allerod sports what we believe are the best players in Europe at 3 of the 5 positions on the field. Unlike some of the other teams on this list, the Armadillos are not a squad that is carried by a couple stars masking other flaws of the team. They have no obvious weaknesses and have built up tremendous chemistry over the years. It will take something special from one of tournament’s other challengers to prevent Allerod from taking home the title.

Last year’s runner-ups will not simply roll over for their fellow countrymen. Silas Meyer-Juhlin, MVP of the Euros last year, can single handedly take over a game on both sides of the ball. After his other-worldly performance in 2017, he’ll be on the shortlist for potential tournament MVPs this time around. Like the Armadillos, the Barbarians boast good depth, strength at key positions, and no obvious holes on their team. No one will want to see them in the playoffs.

Will NP make it three titles in a row for the USA? They certainly have the talent to make it happen While the QB position is a bit of an unknown, we know the athletes they are bringing back are great across the board. Jeff Reimel may be the most difficult player to tackle at this tournament and is a phenomenal blitzer as well. The Americans have put together back to back 5th place finishes at Big Bowl the last two years. While this is excellent by anyone’s standards, NP probably feels like they’ve actually slightly underachieved in that time. Their losses in the quarterfinals in 2016 and 2017 were certainly self inflicted. If they’ve learned from these experiences and can handle adversity better this time around, then they are probably the team the Armadillos would fear most.

The hosts have put together a string of phenomenal European results, winning Pink Bowl, Flagging New Year, and finishing second to the Armadillos at Sportmonda Bowl. This run has coincided with the addition of Jerome Saxon who has really solidified their defense. Despite this, we struggled putting Waldorf this high as we think there are a number of teams on this list who they match up very poorly against. However, given their recent form and the fact that they will seemingly avoid all of those teams until the semi-finals at the earliest, we think #4 is the right spot for them.

The Lions made it in off the waitlist to shake this tournament up a bit. Always a tough side, they have the ability to beat most teams in this tournament. We say most because they’ve shown a tendency to roll over lately against the likes of the Danish teams and Waldorf. When locked in though, the Lions are tough to beat and boast a strong armed QB in Cliff Dankers. They utilize “flag football” strategies as well as any team on this list and will be looking to advance past the round of 16 for the first time in three years.

This spot might be too high for Hookers. And it might be too low. We’ve seen them look like world-beaters against the Spanish national team at Pink Bowl and then seen them look downright ordinary at Flagging New Year this past January. They’ve won their group each of the last two years only to lose in the round of 16. While we wouldn’t be surprised to see them fall at that hurdle again, we also think they are one of about three teams in the tournament that could actually beat the Armadillos on their day. Along with NP and Allerod, they are probably the most talented team across the board. Now we’ll see if they can deliver the goods.

This was one of the top images that came up when we looked for “blue bib”. So we’re using it.

With three semifinal appearances in five years but a ton of roster turnover and limited chemistry, it was really hard to rank these guys. Tariq Dag Khan can still sling it with the best of them and in Steve Joiner and Joe Cotterill, the ExPads have as a good a safety pairing as you’ll find. However, we wonder who will be their big receiving threats this year. Gone are the days where they could line up a slew of 6’5 plus receivers with NFL experience. They managed 7th last year under similar circumstances so we think that’s about right again this time. But sleep on these guys at your own peril…

Another team that may be ranked too low, the Cobras will feel like they can contend for the title, and they should. Alan Young has made the Cobras a mercenary outfit of top players their last couple tournaments. This time, he’s imported Danish superstars Jakob Espersen and Jonas Bo Hansen to give them some serious firepower. Sprinkle in Julian Holburn-White and you have a group of physical, fast, sure-handed receivers that will strike fear into opposing defenses. Ultimately, their success will depend on how quickly they can come together and whether Young can effectively utilise the talent he has.

The Knights remind us very much of the Danish teams. They are well drilled, execute, play smart football, and make other teams pay for their mistakes. They have size, athleticism, and a good quarterback. They have finished an impressive 6th in back to back tournaments. However, unlike the Danish teams, they lack a transcendent star that can truly dominate a game himself. While they can beat most teams on this list, they’ll probably need the best teams to have bad days in order to take them down. We’re very excited though about a potential first round playoff game against Waldorf…

The French debutants may be a surprise entry on this list but despite only joining the European scene at Pink bowl in October, they have already made an impression. They hosted a tournament last month where they fell in the final 44-40 to Waldorf after previously finishing 5th at Pink Bowl. They are a brash but talented squad that will look to announce the European arrival with a bang this year. Compared to most teams on this list, they are relatively unknown and will be able to use this element of surprise to their advantage.