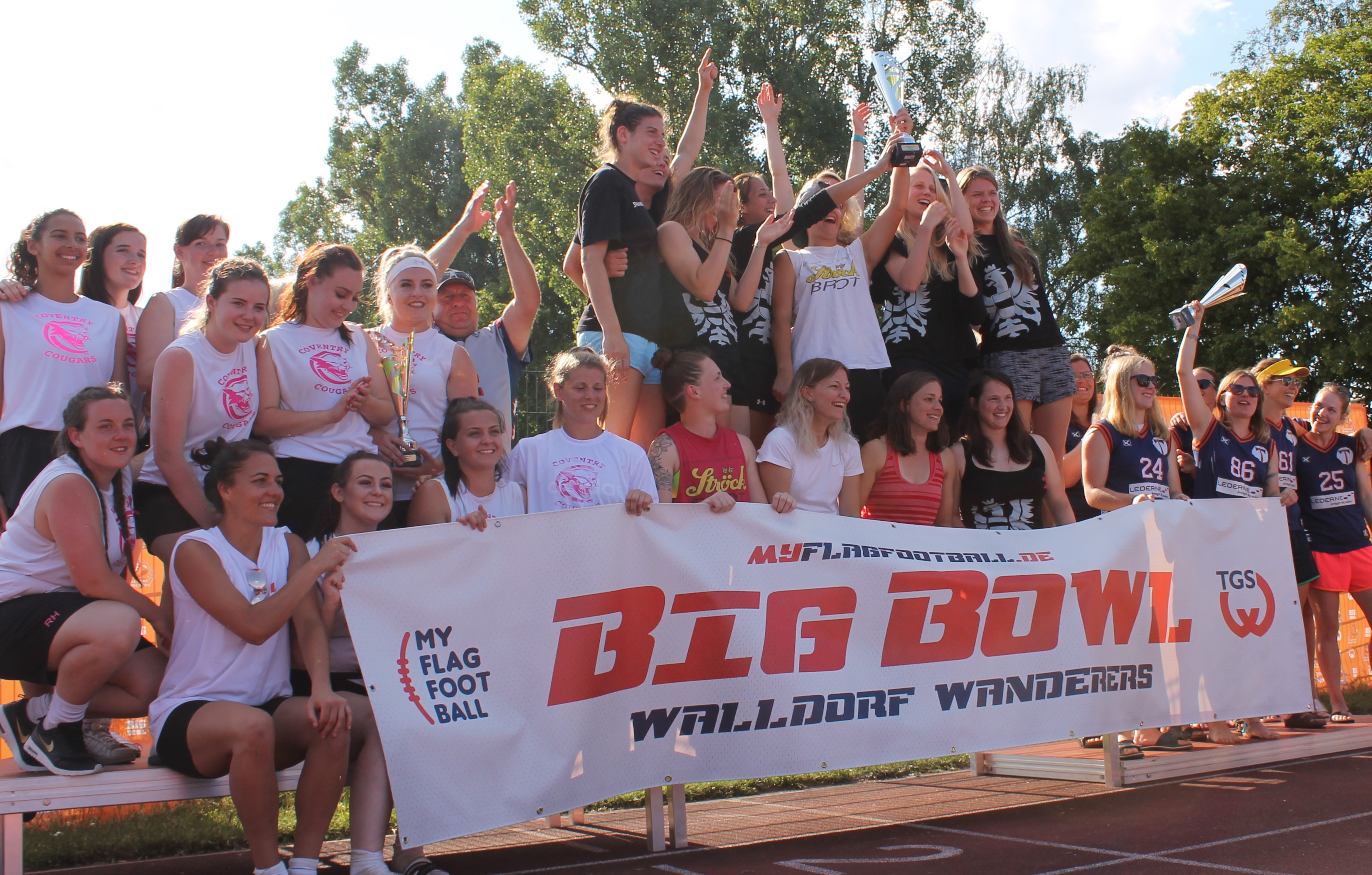 Following on from the men’s review we now take a look at how the top 5 women’s teams got on!

The Foxes were one of our early dark horses to win it all this year, and were clear favourites in Group K. After the withdrawal of T2D2, their path to the top bracket seemed fairly straight forward. They seized their opportunity by going undefeated. Their closest game came oddly enough from Leamington Spartans who managed to put 18 points on the Foxes however only managed one win in the group.

Taking top spot, the Spaniards must have felt confident of a straight run to the semis as they came across the relatively unknown Mainz Elecorns in the quarters. But it was at this point that the Foxes would be undone as the plucky Elecorns scraped a 1 point win to take the game 22-21.

Despite the disappointment, the Foxes rebounded to take the next 2 games comfortably against Special K & Moscow Sirens to take 5th place overall.  5th is by no measure a poor standing, but the Foxes would have been expecting a finals appearance, especially with no Mexicans in the fray.

The team with the best logo and outstanding talent! The Elecorns found themselves in a tough Group L with the Cougars and Tomahawks, and perhaps expectedly finished third in the group. They were rewarded with the aforementioned tie against the Foxes, which clearly favoured them.

The semi final was somewhat of a formality, as the teed off against the 5 time Big bowl winners, European Champions and World Championship finalists, the Amazing Amazones. Unfortunately no fairy tales this time around as Mainz went down 20-6 to end their incredible run. They would have another chance to make the podium with a 3rd/4th place game against the Tomahawks but the Danish side would prove too strong and experienced.

The Elecorns may be slightly down on just missing out on 3rd but should still be more than happy to be in this mix. We saw enough talent in the team to suggest this is not a fluke.

Three teams from Group L made the top 5! This tells you what a tough group the Tomahawks found themselves in. They finished second, which gave them a tricky tie against an athletic Moscow Sirens side, who finished 2nd in group K. Copenhagen managed to outlast the Sirens to snag a 13-6 victory.

Next up would be a semi-final and second battle between the Opal Series champion Coventry Cougars and the Copenhagen outfit. Both sides emerged undefeated from the group stage, after they tied 20-20 on the Saturday. This was a very close affair with both teams scoring at will, however it would be the Cougars who would finally hold on to the lead and progress 20-18. The Tomahawks would not give up on a podium place however as they took care of the Elecorns in style with a 19-6 score.

In our eyes we would have placed these guys in 3rd prior to the weekend, but the Tomahawks may feel slightly unlucky not to be one spot ahead.

This is not just the best finish for the Cougars, but the best finish for a team from the UK! Needless to say, this was a fairly productive weekend for the British Champs. The odds were already against them as they navigated a tricky Goup L as we mentioned. Millie Barrett organised her squad well and leaned heavily on her receiving corps of Grace Conway, Lottie Laidler and Rotherham Rooster recruit Marta Mathews, who dominated opposing defences to earn a Quarterfinal spot against the less experienced East Kilbride Pirates.

The Pirates were perhaps another one of the stories of the weekend, as they themselves had an impressive showing in Group J, coming second behind only the Amazones. The performances of Aynsley Barclay and Carla Costa had been particularly eye-catching, so the Cougars needed to be on high alert. In the end, the Cougars had too much fire power and experience and won the all-UK bash 27-6. This would take them to a semi-final and a re-match with the Tomahawks. The Cougars would see Lottie Laidler continue her fine form and helped them take a 20-12, lead but the Tomahawks still had some fight left and scored right at the death to earn a chance to tie the game with a 2 XP. In dramatic fashion Natasha Linton got the sack, securing the final place for Coventry.

The excitement would be short lived however as the Amazones lined up on the other side of the field ready to continue their dominance. Despite a tied scored through a Lottie TD and some hard-earned interceptions from the Cougars defence, the Amazones rarely came out of 2nd gear to frustrate the Brits, who maybe will be pondering some missed offensive opportunities.  Regardless of the 25-7 score the Cougars should be and will be delighted with this result.

6 time Big bowl Champions!  Now should this tournament feature club teams only? It is a controversial topic but with a powerhouse like these guys we can not see the title going any other way. FFW thinks it is time these ladies just enter themselves into the mixed bracket, yes a podium finish is probably not going to happen anytime soon, but we would love to see how this group of talented ladies would measure up against the mixed teams

The Amazones strolled through Group J only letting in a combined 18 points, although worryingly they conceded 12 from the Walldorf Ladies. Austria dispatched a German National squad masquerading as the Special K side 32-6, and they followed that up with another demolishing of the Elecorns. Their suffocating defence continued their dominance, as Charlotte Janda got herself three interceptions in the final to earn our MVP of the game. It was a well earned victory for the Amazones, but they were rarely tested. Should other nations band together to take them on? Should they enter the men’s division? We certainly hope to see this talented squad involved in more classic encounters in the future!

Congratulations to the Amazones!