Group B brings us a perennial favourite, along with a number of other evenly matched teams. Here’s how we see things shaking out!

Group B – The Teams 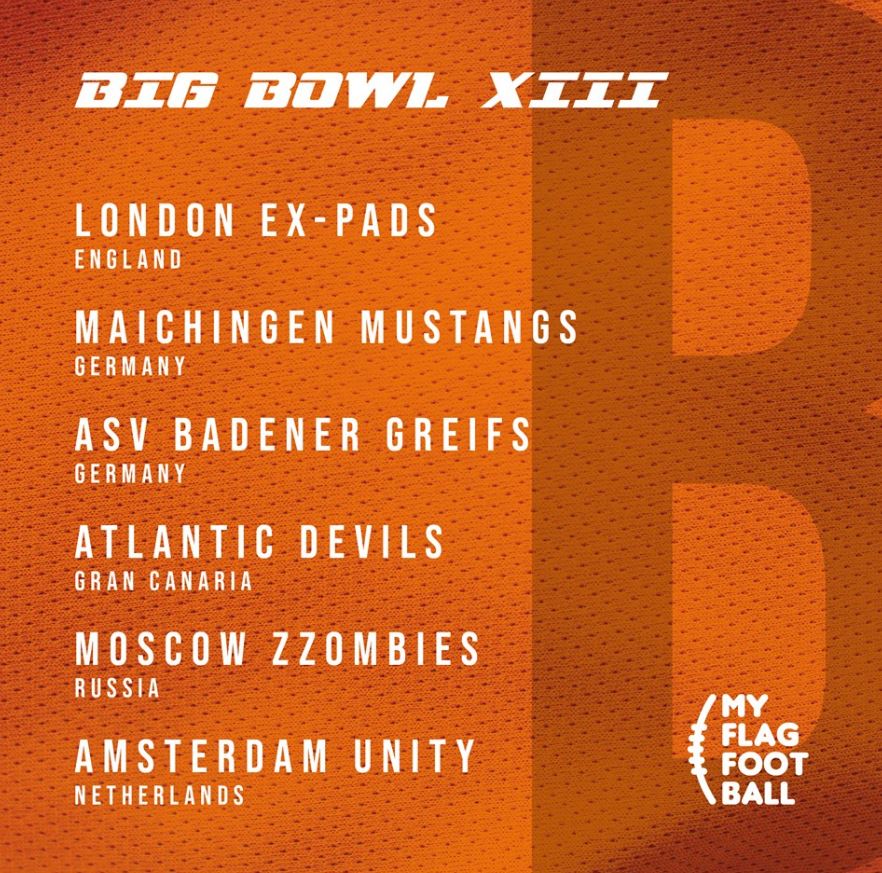 Right at the top you have arguably one of the pre-tournament favourites in the London Ex-Pads. Guided by Tariq Dag Khan, this band of mercenaries has comfortably the most talent in their ranks. They’ve recruited the services of the Reimel brothers for this year’s excursion, so look out for jaw-dropping plays wherever the Ex-Pads are playing.

The Atlantic Devils were one of the surprise packages at Big Bowl last year, as the islanders finished 12th in a strong field of teams. They did have a relatively easy group, but this year’s edition shakes out somewhat similarly, with three teams who placed considerably lower than them at least year’s tournament.

The Maichingen Mustangs wound up 25th at last year’s tournament, while the ASV Badener Griefs came 47th out of 48 teams. We’ve got our eye on the Moscow Zzombies though. Previously masquerading as the Zyuzino Zombies, their 35th place finish last year came with a very small squad. They’ve recruited some GB talent this year, and might just push for a top two finish. We don’t know anything about the Amsterdam Unity side, but a 23rd place finish at King Bowl over some Big Bowl alums gives them a little bit of momentum heading into their debut campaign.

It’s gonna be tough sledding for any team in this group taking on the Ex-Pads. The best they can hope for is to keep the score low. We’re obviously taking the Ex-Pads to go through undefeated.

The battle for second will be tight. The Atlantic Devils showed a lot of good things last season, and their unconventional, option heavy style will surely serve them well against some fresh opponents. We’ve got them pipping the Zzombies to 2nd place. We don’t see the Griefs improving much (if at all) on last year’s placing as they’ll come bottom of this group. The Mustangs should just have enough to finish above the Amsterdam Unity for 4th place.