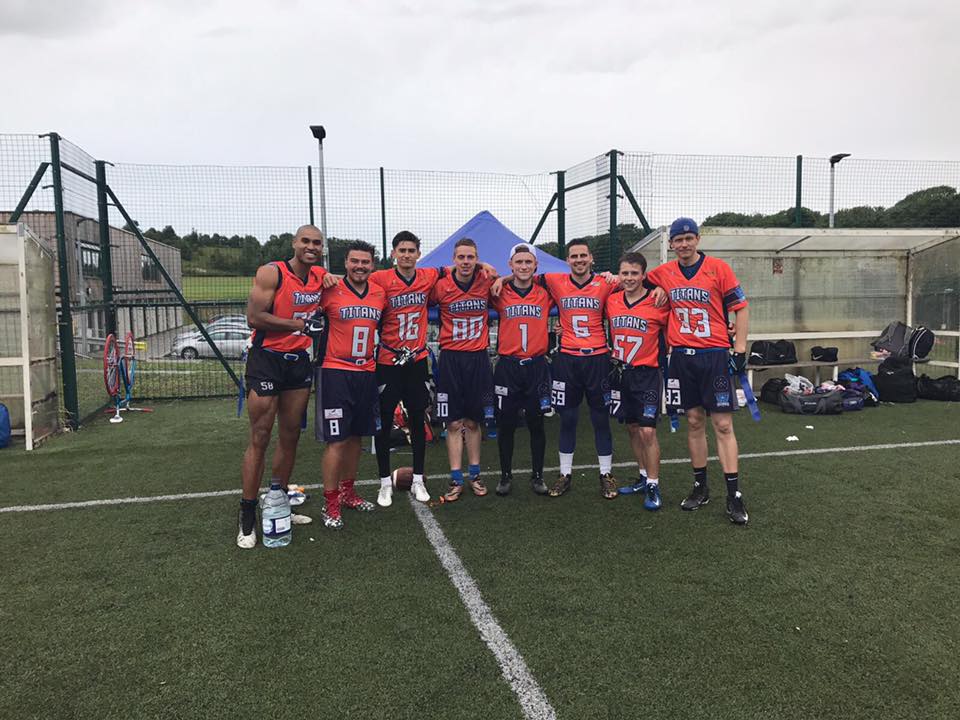 On July 22nd, Kitted and Flag football (even Ultimate Frisbee) united to descend upon the shores of Brighton for the very first time in the inaugural Brighton Tsunami Charity Send Off Tournament. The tournament started with a group stage, and then progressed into a playoff format, with all final placements up for grabs in the playoff rounds of the tournament. The games were played straight through with no halves but a centralised running clock and the limited time per game ensured that teams would need to be speed up on offence and try to make quick stops on defence to ensure they came away with the win.

We caught up with Richard Cooling who oversaw the running of tournament duties to ask him about the tournament’s first edition in the books:

Do you feeling the tournament was a success?

When the idea of running a summer flag tournament was broached as an idea for a send-off to our former “Tsunami” name it didn’t allow much time to organise. Originally I had dreams of a 20 team tournament on a bright sunny day. However, with only 3 months to organise I think the tournament was a great success. We had 9 teams from a range of locations including experienced flag teams, ad hoc teams, university kitted teams and even an Ultimate Frisbee team. Despite the weather everyone seemed to enjoy it and we raised some good money for Help for Heroes.

The idea was always that this would be an annual summer charity tournament. It is quite a tough time to run the tournament as it falls close to the BAFA Flag playoffs. However, hopefully after the success of this year and with a whole year to plan, we can bring on board more teams and aim for a much larger tournament. My dream is to have it as a staple of the flag fixture list, in the same way Big Bowl, NuOla and Flagging New Year have become.

Did you gain any inspiration from the tournaments you’ve played in during your time playing flag football?

I’m still a relative novice when it comes to flag tournaments having only played in the league and once at Big Bowl. However, I drew heavily from my Big Bowl experience and tried to implement a lot of the same practices with the central clock, multiple games taking place and the same time and relying on the teams not playing to ref the games.

How did the tournament unfold?

The group stages of the tournament had 3 groups of 3 with each team playing each other once. This led to 6 teams progressing to the playoffs and 3 teams ending up in the plate. The Southampton Stags, Brighton Panthers and the All Stars ended up in the plate competition whilst the Northants Titans and Clapham United secured the #1 and #2 seeds respectively. The Las Vegas Lucky R’s and Remember the Brightons were knocked out at the Quarter Final stage setting up Semi-Finals of Northants Titans vs Chichester Sharks and Clapham United vs The Surplice Six. The Northants Titans were victorious in the all BAFA semi whilst the Ultimate Frisbee team Clapham United were victorious over The Surplice Six.

Unfortunately, the Weather didn’t help the final as the heavens decided to open just in time. This meant the final was a game marred by mistakes with a lot of drops and missed tackles. However, the experienced Northants Titans reigned supreme and won the tournament 16-0.

Thanks Richard, and congratulations on a successful tournament! We are looking forward to next year already!

We managed to speak to Nathan Coles, Offensive Captain of the Northants Titans after the final.

Congratulations on winning the tournament! Having played in a number of flag tournaments, how did this compare?

Thanks, the tournament was run really well actually! The centralised clock was a really great idea, helping it to run on time which was convenient given our travel.

With the opposition comprising of primarily kitted players, it was cool, and different to play against and meet a lot of new characters too.

What did you think of the standard of the teams?

A mixed bag really. Typically most kitted teams/players who have never played flag struggle from my experience (Birmingham Lions the biggest exception I recall in my time), so those teams would have a tough time against most flag teams in the national league. I was really impressed by our opponents in the final Clapham United though – if I am correct, they’re a bunch of ultimate frisbee players who decided to give flag a go. They had great hands and athleticism as you’d expect with their transferable skills and I think a dry final would have seen them give us an even closer game. Their QB had an effortless ability to throw a clean deep pass as well, which was quite impressive.

What moments stand out for you on the day which helped you clinch the trophy?

It was nice to see our scratch team gel together so smoothly, everyone kept their heads and the team flowed well.

I lost count of Ollie Tibbles breaking free to score touchdowns while Jordan Melay and David Radford both recorded one handed TDs more than worthy of UK Dukes! On defence Connor Melay was a monster at breaking up passes and seeing Harry Brailey go back to his Uni to clean up and end on a safety was pretty cool.

As I understand this is the first piece of Silverware for the Titans after previously coming close a number of times before in NuOla Summer Shield 2015 and Outlaw Flag League 2016. How does it feel being one of the original veterans seeing how far the team have come from year one and where do you go from here?

It’s nice not to finish second for once! The team have progressed hugely, it’s great to see and I really feel that with a full strength team present we can challenge any team.

As to where we go from here, I’d quite like to play at Britbowl at some point (winning it would be even nicer!) so breaking our playoff duck and going all the way is the next step. It was gutting to lose in the circumstances we did last year.

In addition, it’s unfortunately the case that at the Titans we can never really get a team together to play in Europe at Big Bowl. I’ve learnt a huge amount playing there over the last 3 years that I’d love to see firstly how we’d do, and secondly how much it’d improve the team seeing things at that level.

Thanks for your time Nathan! Congratulations again on your tournament victory and good luck in the BAFA Playoffs & Outlaw Flag League! 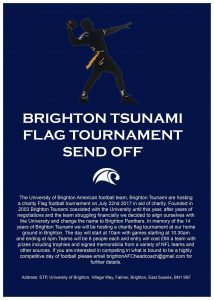