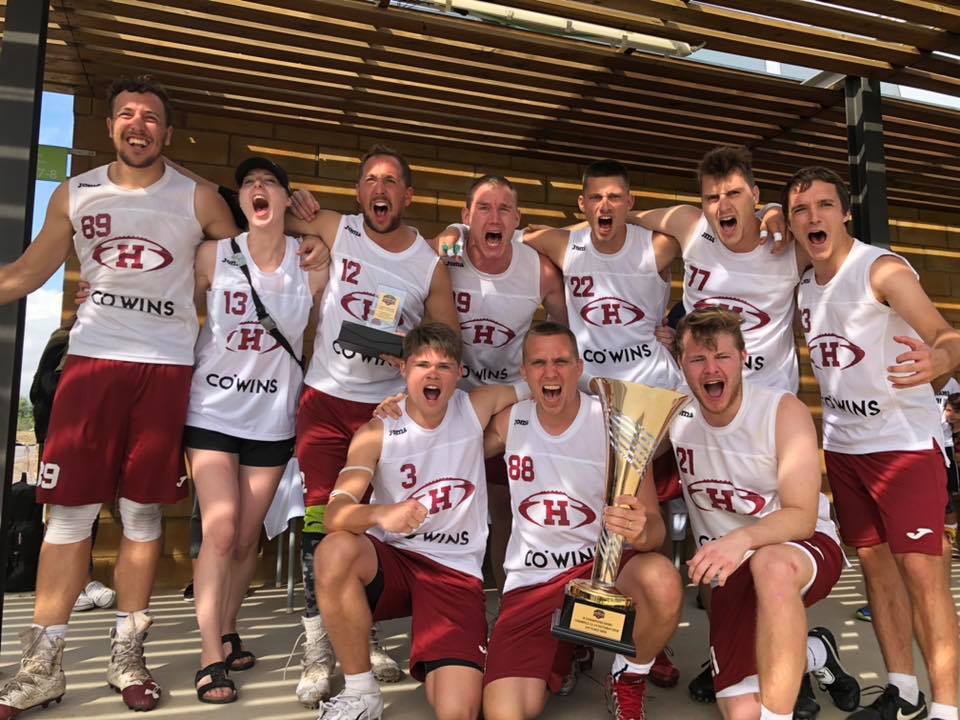 At FFW we understand 2 key points about winning. Firstly, a winner knows his or her gifts and how to take advantage of them. Winners also have an ability to see the strengths and contributions of others around them. Winners know a shared win has greater glory than a solo effort. They inspire and recruit other talented people to participate and share the fun and accolades of a major win. They make sure that everyone who participates feels accomplishment and appreciation for their efforts.

Secondly, few winners win every time. Loss in life makes victory sweeter. But nobody likes to lose. It is hard not to get the things you want, and to deal with the pain when things go wrong. But spending all of your time dwelling on anger, anxiety, or what might have been diverts focus from what can be accomplished. Winners know when something doesn’t go their way, they must quickly deal with the disappointment, learn from the experience, and get right back in the game with a positive attitude.

So with that, we spoke to the new Champions Bowl Winners for 2018, the Herlev Rebels.

First of all congratulations on winning Champions Bowl 2018, what did you think of this year’s event?

Thank you so much. It was a fantastic tournament. We enjoyed the facilities which were really nice both on the resort but also the fields. This was our first international tournament, so we do not have anything to compare with, but it is hard to find much negative to say.

The location looked incredible, can you tell us a little about it?

When we arrived on Thursday, we spent a lot of time at the pool, and enjoyed the lovely weather. Coming from Denmark the weather was like a great summer day even though we were in the middle of October. The turf fields were also great. On the final day there were some heavy rain but after 15-20 minutes the field were completely dry.

Obviously no team enters a tournament without the hope to win but what was the team’s realistic expectations when entering?

This was our first international tournament as a team. Few players have been with the national team, so we were humble of the experience – but hoped to at least bring back medals. We knew the SGD and the Armadillos were in the final last year, so our hope was to go to the final. In our third game against the Wanderers, we lost by 10 points and realised it could be difficult to win the tournament.

You had some decent teams in your group including the Wanderers as mentioned above, which ones gave you your toughest test?

Waldorf Wanderers gave us our only defeat of the tournament So definitely the biggest challenge that we came across. Besides Wanderers, the Arona 65’ers and Vienna Constables played really well.

If we look at the last few European tournaments they are dominated by Danish Teams. Big bowl 2018 – Barbarians, Champions bowl 2017 – SGD, Sportmundo bowl – Armadillos, just to name a few.  If these teams do not win then they will most definitely be in the finals. Do you feel you benefit from participating in such a difficult Danish league and how did you find the level of competition overall?

I think playing in the Danish league gave us an advantage. We are playing Armadillos, SGD and Barbarians several times every year. So we are used to playing a lot of games at a high level. So overall the competition at Champions Bowl was great. Our game against the Sphinx was incredible. They had the lead with 18 seconds left, but we managed to score with only four seconds left.

Were there any opposition players that caught your eye or give you a lot of problems?

Jonas Bo Hansen from SGD is always a nightmare to play against, he also caused us a lot of troubles in the final. I was also impressed with the centre (number 10) from Sphinx. He has a lot of speed and some great moves with the ball in his hands.

Did you catch any other great games over the weekend?

The end of the quarter final between Sphinx and Constables was close – and very exciting to follow. The lead changed all the time, but in the end the Sphinx won.

Which of the Herlev players made the biggest impact?

I actually think every player was important for us to get this victory. Rasmus Brandt, or tall guy as the Button Hookers are calling him, is always making big plays. The game against the Wanderers he scored all our touchdowns with a lot of great catches. Bjarke our rusher made life difficult for a lot of quarterbacks with his 2.02 meters. Also Søren Larsen our centre played a hell of a tournament. But if you take one of our ten players/staff out of the tournament, I am pretty sure that we are not the champions in the end.

Can you tell us about the final for those who were not able to watch?

Yes, of course. We started out great and moved the ball on offence and managed to get a lead in the start of the game. In the end of the first half our cornerback Dennis returned an interception for a touchdown. This gave us a lead by three touchdowns. From here on out SGD managed to get back in the game, and we took all high risk plays out of the offence and tried to run down the time.

With a big play from Jonas Bo, SGD were now only down by 6 points and 46 seconds left with the ball. Here, our defense stepped up, and did not allow a single yard. On offence I felt the game plan SGD had in the Danish final, still caused us some troubles. It was a great game, with an even more fantastic outcome.

How did it feel to beat your local rivals SGD in the final after losing to them in the Danish Final?

It felt great. They were missing a lot of players including QB Niels Kjær and WR Jakob Espersen who caused a lot of troubles in the Danish final, so they could have changed the game.

Will you be looking to defend your crown next year?

Having enjoyed Champions Bowl does any of the other European tournaments interest you as Big Bowl and Flagging New Year?

We are looking at participating in maybe two European tournaments next year, but we are not final on anything yet.

Thanks again for taking the time to speak with us and many congratulations for an outstanding tournament win!