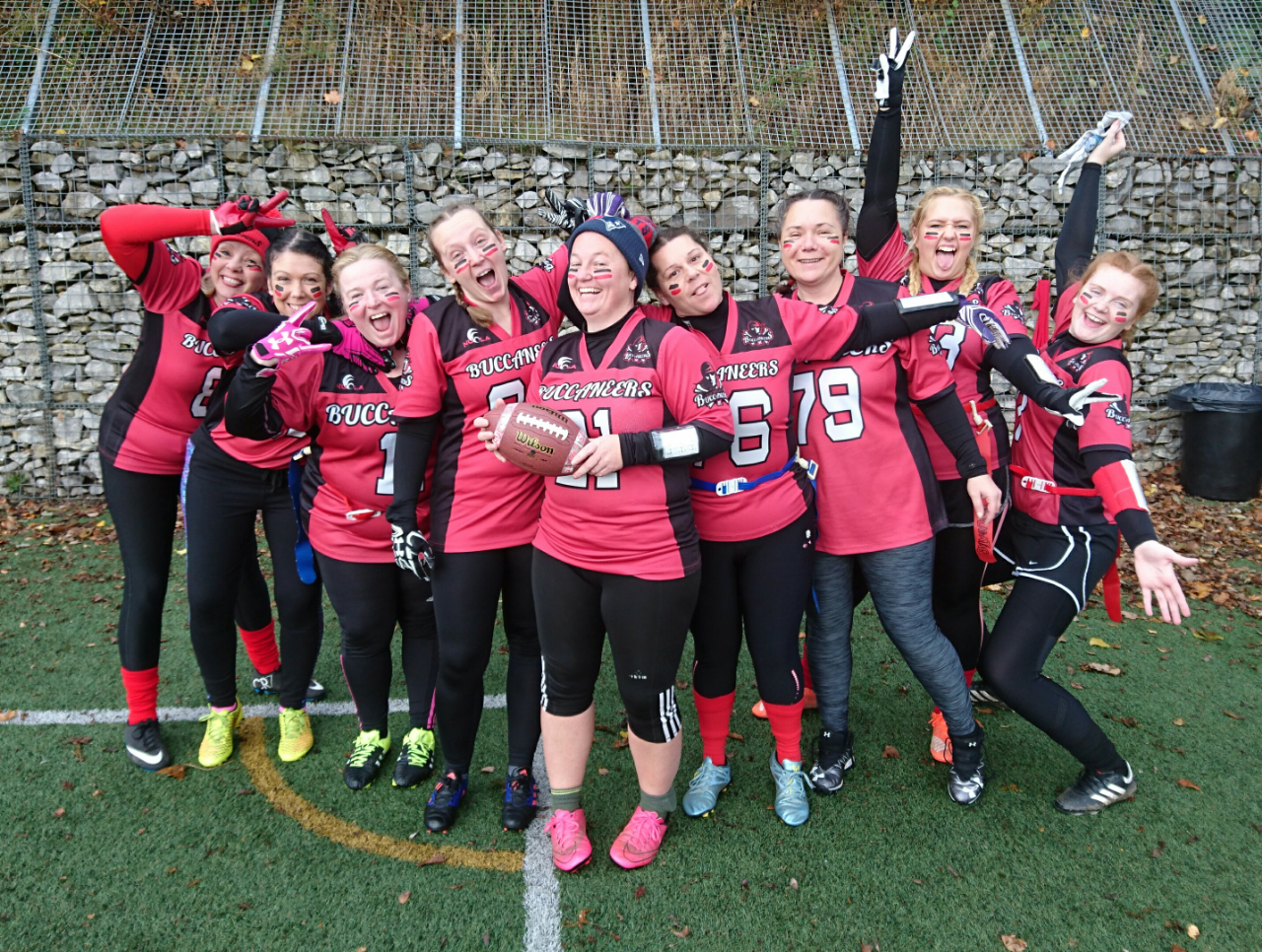 The Chorley Buccaneers have undoubtedly been one of the stories of the Opal series so far. From humble beginnings, this small group of women (most of which have no prior experience in the sport) have gone from a team playing for fun to a squad vying for a playoff spot in only two years. We caught up with coach Keith Schofield to find out more about the squad, their success so far, and where they go from here!

Congratulations on the great start to the year! What’s been the secret of your success so far?

Thank you! There’s honestly been no secret to how well the Ladies have been doing so far though. Success is almost always about getting the basics right initially, giving the players the tools and the confidence in themselves, and then having them execute their assignments well and play with intensity and passion. They’ve done that in spades this year. It’s been inspiring and humbling to watch ten women go out and play their hearts out for each other.

How long have the Chorley Buccaneers Ladies team been around?

They first came together in 2015, born initially from a group of mums who had been watching from the sidelines as their children played for our young flag teams. They wanted to understand the game a bit better, perhaps get a bit fitter in a fun way, and just socialise a bit more together. We held a couple of training sessions, ran a couple of rookie camps where we picked up more players, and trained right through the year. We played a couple of friendlies, and attended a couple of development days ran by Andrew Gambrill (we even hosted one), and by 2016 decided to throw ourselves into Opal just to see how we could do in a true competitive environment. We finished 2016 as #17 in the country, picked up a win or two, and really enjoyed the experience.

What were your goals coming into the season?

As a coach, I often don’t set a specific long term target or goal to have to aim for, that can sometimes make you miss what is needed in the here and now. So really our focus was to go game to game, have smaller team and individual goals, make sure our fundamentals were second to none, and improve every time we went on the field. Then the results would take care of themselves, win or lose. I know that sounds clichéd but it’s true.

How have you found the quality of the Opal Series so far?

It would be wrong to try to claim that the late withdrawals of the Northants Titans and the Warwick Wolverines haven’t had an impact, they are two hugely talented squads of players and would have been challenging at the top of their conferences. That being said, its still been a tournament full of high quality teams and players. Every team you come up against has either GB international players or top notch university athletes in their squad, in many cases they have both! Although I haven’t seen much from the South Conference I absolutely know that the Cougars and the Warriors will be awesome teams, and the Renegades must be playing up at that level too to be where they are. In the North, the Giants and the Pirates set the standard, they are brilliantly coached teams full of great players. The Warriors are a great team too, they have some fabulous athletes in their squad. It’s all a bit scary if you stop to think about it too much!

What has been the highlight game for you to date?

The Ladies have played so well so far, that’s a really hard question. We played out a thrilling 12-12 tie with Sheffield Hallam Warriors in the last set of Opal 2, we fought back from 12-0 down. Both teams had a chance to win the game in the last couple of minutes. They are a really good team, ranked 2nd in the country last year, it was a real confidence boost for our ladies to know they could mix it in such talented company. We had a great game against the Nottingham University Gold team as well, we edged it by a score but again it was just a great advert for ladies football.

Have there been any standout performers that you’d like to call out?

We are winning and losing as a team (more clichés, I know) and if I could mention every one of them I would. If you are pushing me for a couple of names, Louise Moran is playing GB level football on both sides of the ball. As a coach, she is everything you could want in a player, skillful, a great student, passionate. She deserves to go a long way in the sport, flag or contact. Our QB Jen Collier has also done an amazing job, she has a tough task to know our offensive playbook inside out, and also lead the team with a calm authority, as well as do a great job playing Safety on defense!

What are the plans for the team going forward?

As I said before, it’s really just short term at the moment, prepare properly for Opal 3, and see where that takes us. The club’s long term strategy is to find ways to recruit and get more ladies involved, as well as growing our other teams too ( as a club the Chorley Bucs have 8 teams currently, with over 120 players and 20 coaches involved in both flag and contact football disciplines, with players ages ranging from 6 to 50+ ). As a sport, we’ve got to get more people who currently just watch the NFL on a sunday evening out and on a field throwing a ball about and making tackles. We’re at a bit of a watershed moment for the sport in the UK just now, with talk of a London NFL franchise etc, we need to seize these moments.

What is your personal background in flag football?

I started coaching about a decade ago, as my eldest son started playing flag football for the Bucs, it was just a way to be involved and give something back. He’s almost 20 now, playing Uniball at the Hertfordshire Hurricanes, having played for every Chorley Bucs team (apart from the Ladies!), and I’ve pretty much coached the whole same length of time. Along with Ian Oxborrow, who is coaching our Ladies defense this year, we’ve probably taken more than a hundred youngsters at around 10 years of age, hopefully instilled good fundamentals into them, and got them ready to play adult football, whether flag or contact. We’ve won two National Championships in that time, and seen some very good players come through the ranks.

For anyone looking to join the Buccaneers or find our more, where can they find you?

Like all clubs, we try to make sure we get the word out via social media. We have an active twitter account @ChorleyBucs and a newish instagram account chorleybucs , as well as a really good Facebook page and a great website www.chorleybucs.co.uk . Our season is just winding down for most of the teams now, with our End Of Season Presentation coming up very soon. We will be kicking off again with training in January, and I’d say to anyone in our area, aged 6-60, male or female, get in touch with us and come down and have a look at what we are all about. It’s a great sport to play, and I think we’re a great club to get involved with.

Thanks again Keith, and good luck with the rest of the season!