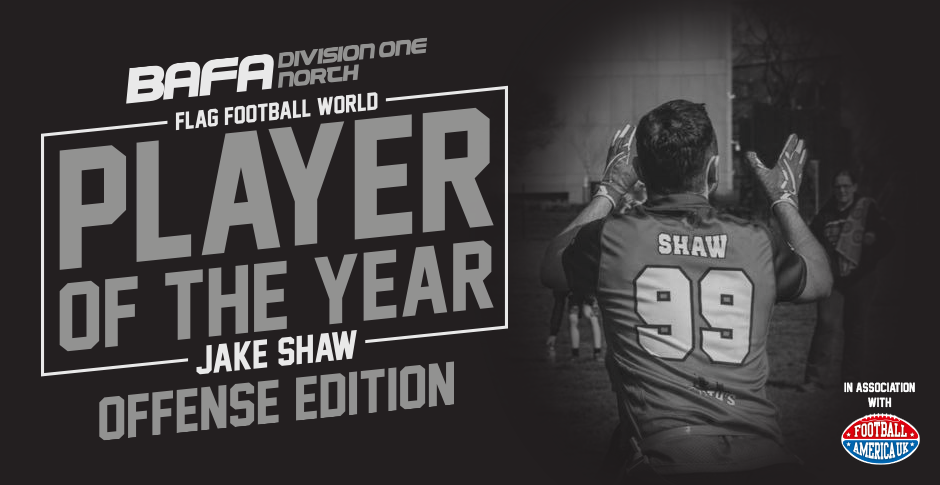 This award category was hotly contested right up to the final day of the season. We saw one winner emerge, but here’s the top 3 at the end of the season!

Peter has an awkward frame for flag, as his flags are barely off the ground! He’s difficult to tackle, and with Neil Arnold’s excellent ball placement, it was even harder to make plays on the ball when they were thrown low and hard. That’s no more evident than in Pete’s efforts from inside the 5 yard line, as he picked up a ridiculous 20 XPs. Couple that with 19 scores, and you have enough output to get onto our podium!

On the other end of the spectrum, Brandon is a long receiver with an excellent catch radius and speed to match. He’s been a nightmare for HNC defenders to cover, as he romped his way to 24 scores. With Callum Nichol emerging as another star receiver for Carnegie Flag, they’ll have no shortage of receivers in 2019!

Jake has pretty much led the pack since week one, as his chemistry with QB Lewis Jaundrell is obvious. He blew the doors off the competition with 36 TDs this season! He’s got some of the safest pairs of hands in the league, and will no doubt excel next season, regardless of what division the Revolution are in…

We spoke to the Revolution about Jake’s award-winning season:

“Jake has been unstoppable all season long, his athleticism, ability and accolades are the product of the hard work he puts in week in, week out.  Jake has been the stand out performer across the division and will no doubt be looking to repeat the feat next season. The club are incredibly proud of what he’s achieved and are sure there’s even more to come.  Well done Jake!”

Jake has won a personalised hoodie, courtesy of Football America for his efforts! Congratulations Paul!