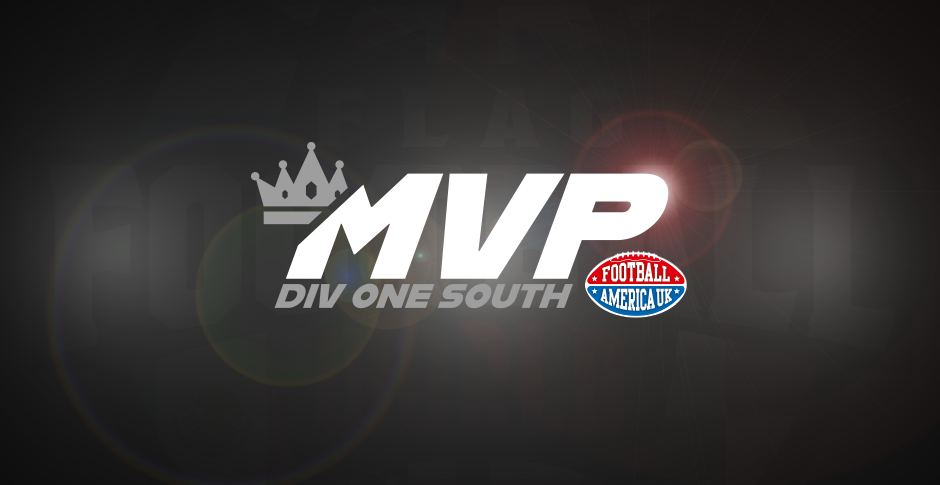 Division One South, in its first season, boasted four teams earning promotion to the Premier Division! With all that movement, there’s no surprise that there was a huge amount of debate over who the MVP of the season was.

One player stood out amongst the rest – as this side might not have come close to their lofty heights without him. The winner of the 2018 Division One South MVP is…

This might come as a surprise to some – but it really shouldn’t. The London Smoke were pretty much the uncrowned kings of Division One before a ball was even snapped. They lived up to the billing, winning the title in a nail-biter over Carnegie. The Smoke boast exceptional talent through their ranks, with GB Lion Henry Williams and Johnnie Kerr topping the bill.

Charlie may be viewed as most as just the guy who gets the ball to these talented playmakers, but when you dig into it, Charlie means far more to the Smoke than most realise. His enthusiasm for the sport is unwavering – he’ll suit up anywhere and everywhere. The above picture is Charlie playing defence for the Smoke in a semi-final matchup against the Premier Division-bound Northants Titans White. Charlie also blitzed on the day. Wherever his team need him, Charlie will always put in a good shift. Oh, and he’s the team’s QB as well.

The Smoke started their year with a second place finish at Flagging Iron Man – a tournament designed to test the all-round abilities of your top players. Playing both ways, Charlie and the Smoke lost an epic final against the Hornets on the last play of the game – but their efforts didn’t go unnoticed. It was then little surprise that they took home their first European trophy – King Bowl in Utrecht. Charlie was again in excellent form throughout the weekend, as the Smoke comfortably took home the gold.

During the regular season, Charlie threw for a staggering 95 TDs, despite suffering injury midway through the season. As mentioned before, he took his side to a Division One title, as his side overcame a strong Neil Arnold-led Carnegie side. That’s no easy feat. They capped off their season with a strong showing at Pink Bowl, finishing 4th, despite having to survive without the services of Henry, and with Johnnie playing with one good hand. This latter performance shows just how much command Charlie has of his side, as they finished far higher than many would have anticipated.