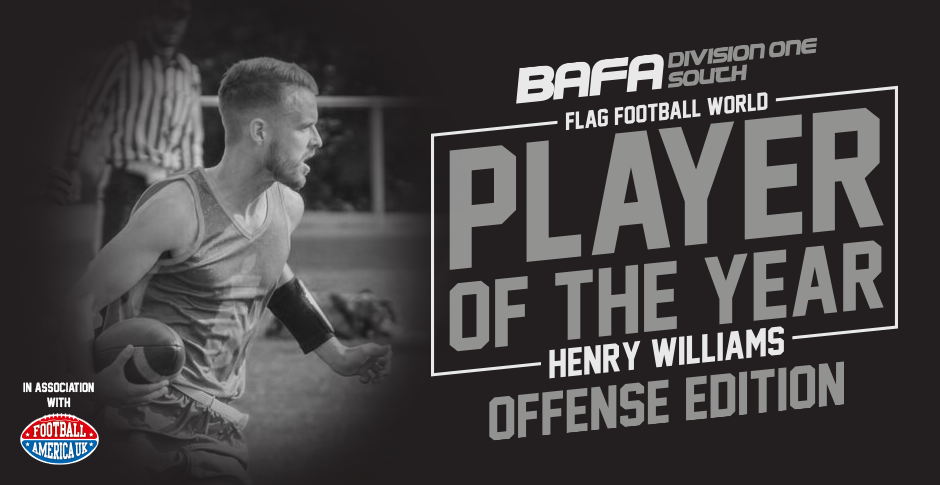 The South was ripe with high scoring affairs, and three players stood above the rest in the race for this award category! Here’s the top 3 offensive players in the Division One South!

Johnnie is the most physical of the Smoke receivers. His frame and reach give him an advantage over smaller DBs, and his 28 scores in just 12 games show how dominant he can be.  He’s nearly unstoppable in the redzone, as he snagged 19 scores on XP tries. He has a seemingly telepathic connection with QB Charlie Williams which has served him well throughout the year.

Perhaps unfortunate to finish second, Chris only got a chance to show what he was capable of in 8 games this season. When he was on the field, he was the standout player. He averaged 3 scores a game as the Trojans capped off an undefeated season in the South West – a division which had its fair share of experienced sides. He’ll be able to test himself against the best the SWC Premier Division has to offer next season, and we wouldn’t bet against the athletic receiver.

If you lined Johnnie, Chris and Henry up and asked the public to pick out who they thought was the top offensive player, most probably wouldn’t land on Henry. They’d be dead wrong, as Henry announced himself to the BAFA leagues with 36 TDs in his debut year. While he has a slight frame, he more than makes up with it with hustle and speed. Henry has a knack for tracking the ball in the air and fighting for it, tooth and nail. His mazy runs mesmerise defences; the best example of this was in the Division One final, as Henry was able to run out around a whole minute of game-time on one play as he zig-zagged between defenders multiple times. In case of emergency, give Henry the ball. Here’s what teammate Andrew Dockerill had to say about Henry’s win!

“I’ve never seen a turn of pace like it. His ability to cut on a sixpence and quickly shift through the gears is special. And all of this while also leading the defense, a true iron man. There is nothing better than jogging up the field while watching Henry run in a full field length TD, making every man and his dog miss.”

Henry will be getting a personalised hoodie from our friends at Football America!