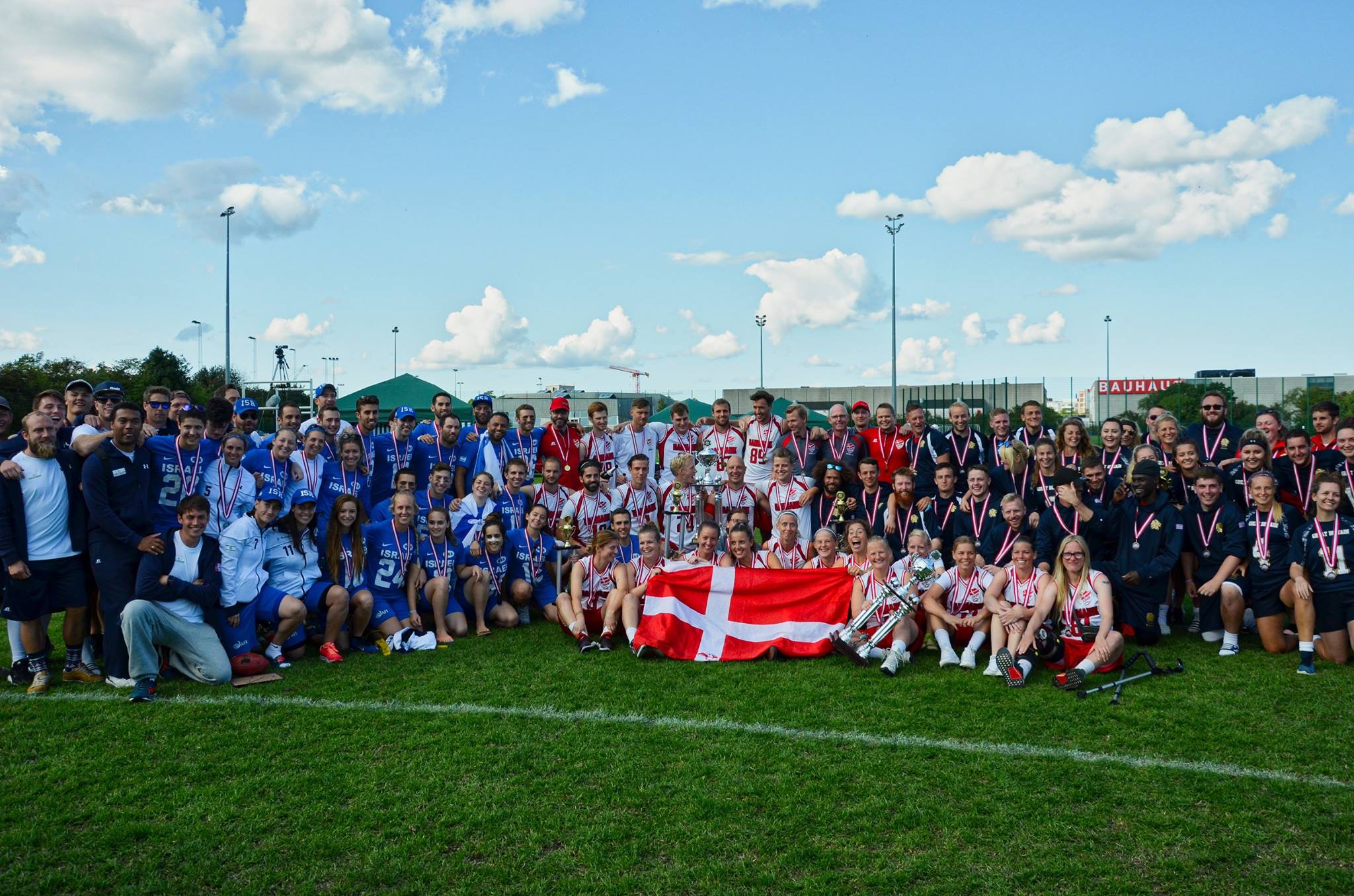 Both editions of the the European Championships are now in the rear view mirror, and we’d like to extend our congratulations to the nations of Denmark and Austria for winning their respective brackets in convincing fashion! Both countries came up trumps in both the male and female competitions of their tournaments.

In chronological order, the European Championships in Copenhagen were won by the the hosting Danish squads. For the men, it was a tournament which ran as smoothly as they could have hoped for. The Danes showed their dominance throughout the tournament, going undefeated and winning the final in style over the Israeli side. We predicted the final would be between these sides, but the final scoreline of 39-19 was arguably more lop sided than initially anticipated. QB Frederik Ermler got his side off to the perfect start in the final, hitting tournament MVP Silas Meyer Juhlin for a deep TD pass. The defence stepped up with a huge interception from Emil Gufler, and from then on, the Danes never looked back. This secure Denmark their fifth European title!

In perhaps an upset, the Danish woman won their own final bout against the Israel side, who were pegged as favourites by many. On home soil, the Danish women showed their talent and camaraderie in a dominant final display, silencing all doubters with a 33-6 victory! After finishing 4th at the previous iteration of the European Championships, this was a huge victory for the Danish women!

Elsewhere, Israel had to settle for 2nd place in both categories, while the GB Lions claimed the final podium place, as they won bronze in both the male and female brackets.

After the fun in Denmark was over, the continent turned its attention to the second of the European Championship tournaments taking place in Madrid. Just like in Denmark, we saw one nation take all the silverware, as Austria performed magnificently, as expected. The men went undefeated in their quest for the title, but their road had a few speed-bumps along the way. They were tested in their final group game against Switzerland, prevailing by a solitary point, 25-24. Throughout the rest of the tournament, it was largely easy for the champions, as the Austrian offence consistently gave their defence large leads to protect. In their last test however, the defence was required to step up and take centre stage in a thrilling finale. The Italians improved on the performance that saw them lose 21-6 to the Austrians earlier in the tournament and put in a tremendous effort. With little time remaining in the second half, the Italy squad had a chance to tie the game with a 2 point conversion. After an excellent blitz, the Italian quarterback was forced into a throw towards the front left of the end-zone which was ultimately batted away to seal the win for Austria. The Austrians would do just enough to hold onto the ball and preserve their slender lead, winning the tournament in dramatic fashion. The Offensive MVP for the tournament went to the ever dangerous Bernard Theissl of Austria, while the excellent Sebastian Wolf showed why he is considered by many as one of the best defensive players in Europe, and earned himself the Defensive MVP ward in the process. The hosting Spanish took the final podium spot ahead of the unlucky German side.

For the women, a title was the minimum expectation. For years, the Austrian program has been the envy of almost every country in Europe. They were looking for the 5th straight title, but suffered a bit of a scare as they lost one of their group games to the Czech Republic. The ‘Amazing Amazones’ dusted themselves off after the shock defeat and ran the table to win their fifth championship, cementing their status as a dynasty within the sport. They avenged their loss to the Czech’s by handily defeating them 33-6 in the semi-final rematch, and emerged victorious in the final after a 40-34 classic against Germany. This game saw the showdown between Offensive and Defensive MVPs for the tournament, as Saskia Stribrny showed why she’s considered the best female QB in Europe, guiding her team to a win against Germany’s Suse Erdmann led defence. The Spanish again won the 3rd/4th place playoff, earning their country another Bronze medal in an impressive outing.

So what does it all mean? In the end, both countries, Denmark and Austria, can be delighted with their achievements. The runners-up can be proud of their placements also, but realistically, would the result have been the same if all nations in Europe had been involved? We were starved of some real quality games. While this by no means renders the results pointless, it undoubtedly applies as asterisk to proceedings. Would the Danish women have toppled the Austrians? Would GB have maintained a medal spot if they had the likes of Germany or Italy to contend against? We can only speculate. What’s for sure, is that for the sake of the game’s growth, we need to see the best of the best competing against one another to keep the positive momentum going, as opposed to allowing politics hinder any progression made.