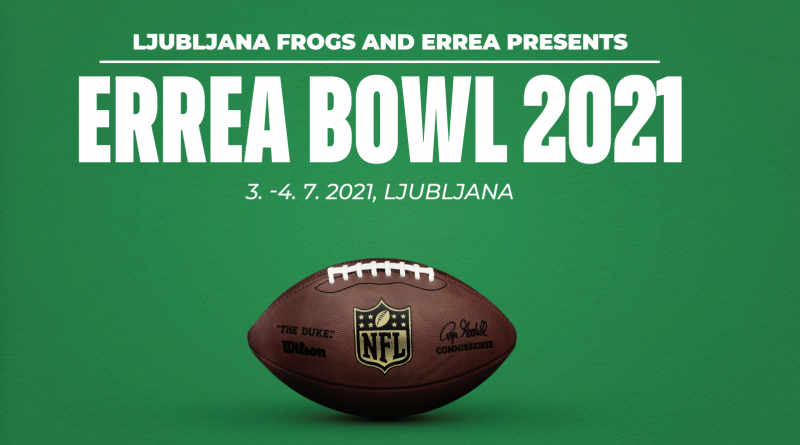 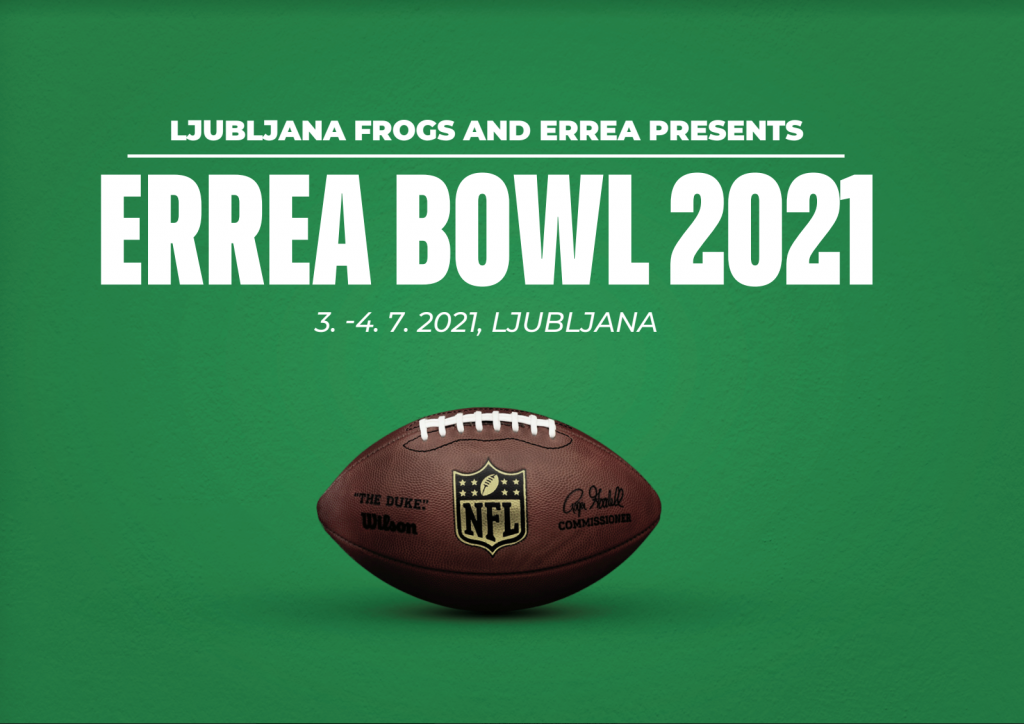 Flag football world is coming back from the dead. If the governments worldwide continue to present new lockdowns to us, we should all consider filling our spare time creating an only fans . . . at least it pays!. Fortunately, things are finally looking up, as people in Spain are already playing Flag football and BAFA is slowly via a reduced and more localised feel.

On the tournament front  both KingBowl & BigBowl are cancelled, Sport Monda rescheduled, so our eyes will turn to Errea Bowl. Ljubljana Frogs are making tremendous progress (check their Instagram account) in the Flag football world and in just a year since they began their official activities, they are already planning the first international tournament which will be held in Ljubljana, the green capital of Europe.

It’s good to know that they are organizing the tournament on 3rd and 4th of July, 2021, which we all know is one of the biggest Holidays in the USA (we hope there will be some beer, Frogs, we can’t be thirsty and neither can you). 12 teams from all around Europe will participate in the first ever Errea bowl. Participation fee is 150 € and the fee is non-refundable with the exception of cancellation, related to COVID-19. The Frogs say that they have 5 more open spots for the teams from Europe. They can’t give you the deadline due to changing information about COVID-19 restrictions on a daily basis, but you know how it goes. At this time of the year, we have to be patient and trust Ljubljana Frogs that they will take care of everything. They are already in the communication with the hotels, to get you the best prices and to be as safe as possible.

Teams will be divided into two groups of 6. Games will be played 2×15 minutes under IFAF 2021 rules (2 minute warning, running clock 2 timeouts/per team/per half). Food and water will be provided at the location of the tournament (every player will get one Vibo protein chocolate and MaBaker flapjack per day), and there will be a small food truck which will cook something light for your stomach during the tournament. 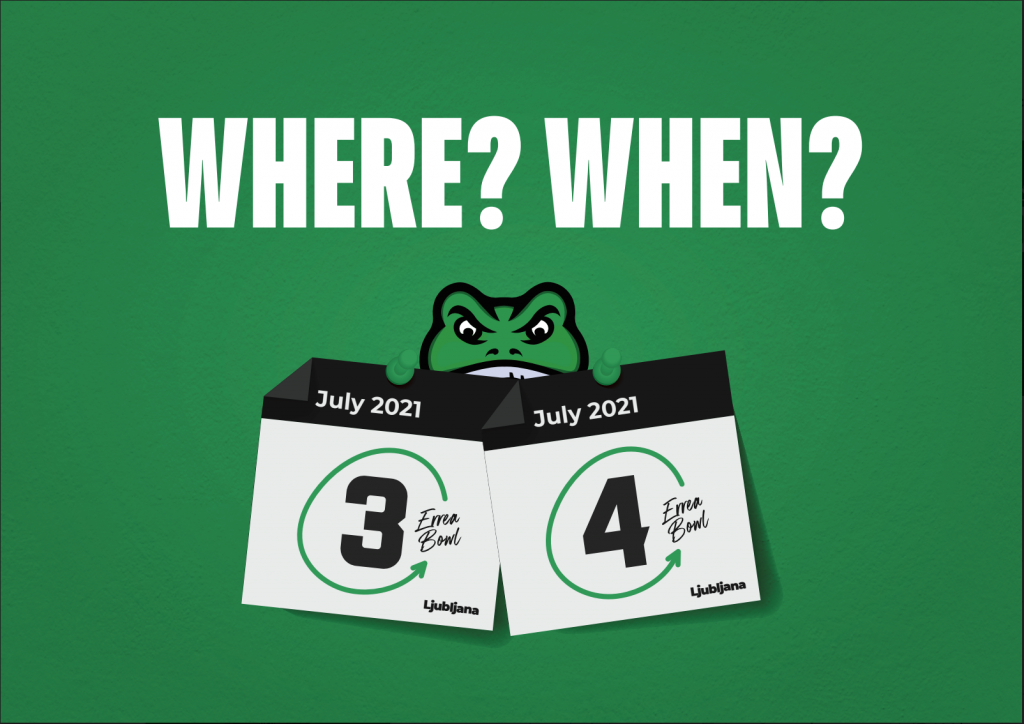 “Errea bowl is not trying to compete with the Big Bowl, King Bowl, Sportmonda or Flagging New Year. We are trying to give the opportunity to Flag football clubs and players around Slovenia to experience something else than just the regional league and the same opponents every year. Second or either third tier flag football clubs, which have a good story, that’s what we want to support. If some club from the first tier of Flag football world wants to come, we won’t say no, but we are not going to give them all the free spots (laugh),” we were by team manager and the project manager of Ljubljana Frogs and Errea Bowl Gregor Hočevar. 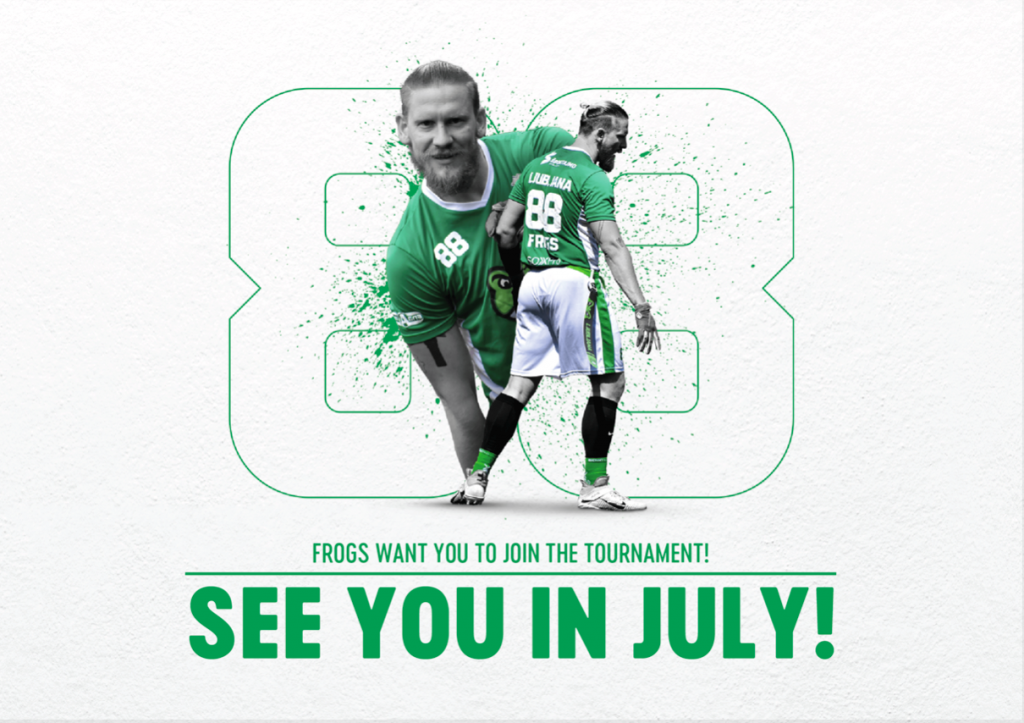 “We would like to organize the simple and fun event in which people can come and play. The idea of the Errea bowl is to bring closer our sponsor, Errea and the flag football teams, so they can experience the quality for themselves and to realize that our tournament is affordable. We know how hard it is at the beginning with the funds, and that the sport gear should be affordable for every amateur club. We also know from the experience, what is the missing vocal point of other tournaments, so we are going to make sure that the players are well fed, that they are not going to dehydrate and most importantly, that they don’t have to judge on the field,” said Ivan Mikulus, the president of the Ljubljana Frogs.

There are a lot of reasons to participate in the first Errea bowl. You can test your playbook, you can meet new people from the flag football community, there will be some media exposure and you can be crowned as the first ever Errea Bowl champion!

If you have any questions don’t hesitate to write to gregor@ljubljanafrogs.si or merlin@ljubljanafrogs.si. There will be a first meeting for participants via Google meets https://meet.google.com/scm-mpec-qab, on 24.5.2021, 8pm Ljubljana Time.