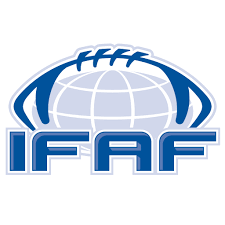 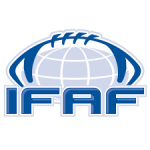 With one half of the European championships due to commence Shortly, FFW takes a look at the Copenhagen group of 5 teams battling it out for the

winning spot and automatic qualification to next years World Championships. With only 5 teams in the men’s competition and 4 in the ladies it will be a short and quick weekend.  Here are our predictions for the tournament.

Who will win the Championships?

We can’t look past last years World Championship runners up Denmark for this one. They have a depth to their squad that is unparalleled in Europe, with plenty of young talent mixed with International class experience. The notable absence of Jonas Bo Hansen will give the other team’s a semblance of hope, however we suspect Denmark’s second string alone would probably give the rest of the nations competing a shock.

With the IFAF split, we do not see 2015 runners up Austria and 3rd place Germany take part, so we imagine Denmark’s biggest challenge will be from Israel!  At the time of writing, they are an unpredictable quantity but had a good showing in Miami at the World Championships. They have a talented crop of players, notably at blitz and QB including the versatile Dani Eastman. We expect that they will put up a good fight, but could fall short.

Team Israel are our pick. Greatly benefiting from not having to face 4 time champions (2009, 2011, 2013, 2015) Austria and 2013 & 2015 runners up France , the well experienced Israelis should capitalise and take home the gold. Funded by the Kraft family (who own the New England Patriots) they Boast some great talent such as QB/CB Shana Sprung (MVP at EC 2015) along with WR/CB Yael Freedman.

Team Denmark experienced something of a transition year in 2016 including the apointment of new Head Coach Lars Abrahamsen and the loss of some key players.  They finished 10th in last years World Championships, however they fielded 6 new players, 4 of which had not played the sport previously. They did however contest a close game with Israel which they ultimately lost, but it will be interesting to see a rematch with a more experienced Danish squad. Unfortunately for Denmark, WR Nana Andreasen (All Tournmanet team EC2015) suffered a knee injury 3 weeks ago, and his presence will be missed should she not be fit. Israel & Denmark met in Euro 2013 for the 3rd & 4th place playoff, which Israel also won 32-25. All eyes will be on this match up.

How will the other teams fare?

The 2005 Bronze medalist’s GB will take the experience gained from last year’s World Championship and look to iron out any defensive issues that kept for improving on their 9th place finish at that tournament. The Lionswill be galvanised by an injection of new faces as well, as QB Vince Machi has joined the ranks to provide a spark to the GB offence.

Sweden should still have enough about them to give GB a test but we predict they will fall just short of the medal places. They’ve tested their mettle on British and Irish soil against GB players in friendlies and at Flagging New Year, so they could have a leg up in preparation. Their neighbours, Norway, will find it harder having only re-started their Flag program. Although not a lot is known about the team and could potentially upset GB & Sweden through the athleticism of kitted players making the transition. They should look at this tournament as a learning experience.

Finland are a strong team having lost a tough game to our predicted winners Israel in 2014 by a narrow 7 points,  However, only one player remains from that team in Essi Soderholm. QB Carola Lindholm, WR Sari Kuosmanen and WR Jenni Linden have all opted to represent Helsinki Roostersin at the Maple Bowl which runs on the same dates as the Euros. It is a bold statement but this should give the Great Britain ladies the opportunity to swoop in for a 3rd place finish ahead of the 2005 winners.

Which team could cause an upset?

Great Britain – HC Alan Young will be in his second tournament, and has a real opportunity to have his GB Lions place in the top 3 at this competition. As mentioned, he’d got an influx of talent, including Manchester Titan David McInally and Buttonhookers Steve Mongey and Josh Nicholson. They’ve always felt like they were very close to competing at the very top, and with these additions, coupled with a new QB, we can see them pushing hard for some silverware.

Realistically? No-one. With only 4 Nations involved it is tough not to look past Israel as being favourites and out-playing the rest of the field in style. The 2011 runners up will look the win the European Championships for the first time, though a bold asterisk will be applied due to the governing body split which robs the tournament of more prestige.

Who will win the MVP award?

It seems an obvious choice but it could be any of the Armadillo or SGD players among the Danish ranks, including Champions Bowl MVP Jakob Espersen who is likely to make an impact at WR. One to watch is the electric speed of Silas Meyer-Juhlin from the Copenhagen Barbarians, who was impressive at Big Bowl, leading his team to 2nd place.  Kristoffer Holmstrup is another player we like – big, strong, fast and gets himself open all over the field from Centre.

Other candidates are the towering Gary Elliot for Great Britain, who is always a menace. He couples great physical attributes with a strong understanding of the game. Flagging New Year MVP Philip Smith for Sweden should also showcase his skills on the field and we have heard good things about Erik Nodtvedt WR of Norway. Instrumental in Denmark’s route to the World finals, QB Frederik Ermler should also be noted.

Shana Sprung & Yael Freedman as mentioned above are likely to be main contenders! Away from the Israeli side, keep an eye out for Finland wide receivers Jaana Kekki & Jasmin Ruotsalainen who will give defensive opponents a tough time.

Now in her 7th season, Danish QB Sidsel Andersen has been improving every season and is now showing her understanding of the game, as well as a good arm. She could be a surprise recipient of the award if the Denmark squad put in a strong showing. An outside bet would be the blitzing of Sascha Klinggaard who has fantastic speed and athleticism.  Last year’s World Championships was her first International tournament, and was a thorn in Shana Sprungs side when they faced off in Miami,

On the GB team there is a lot of talent in the form of Ellie Thorpe, Jodie Harris and the tenacious Phoebe Schecter, as well as the experience of the Barrett sisters.