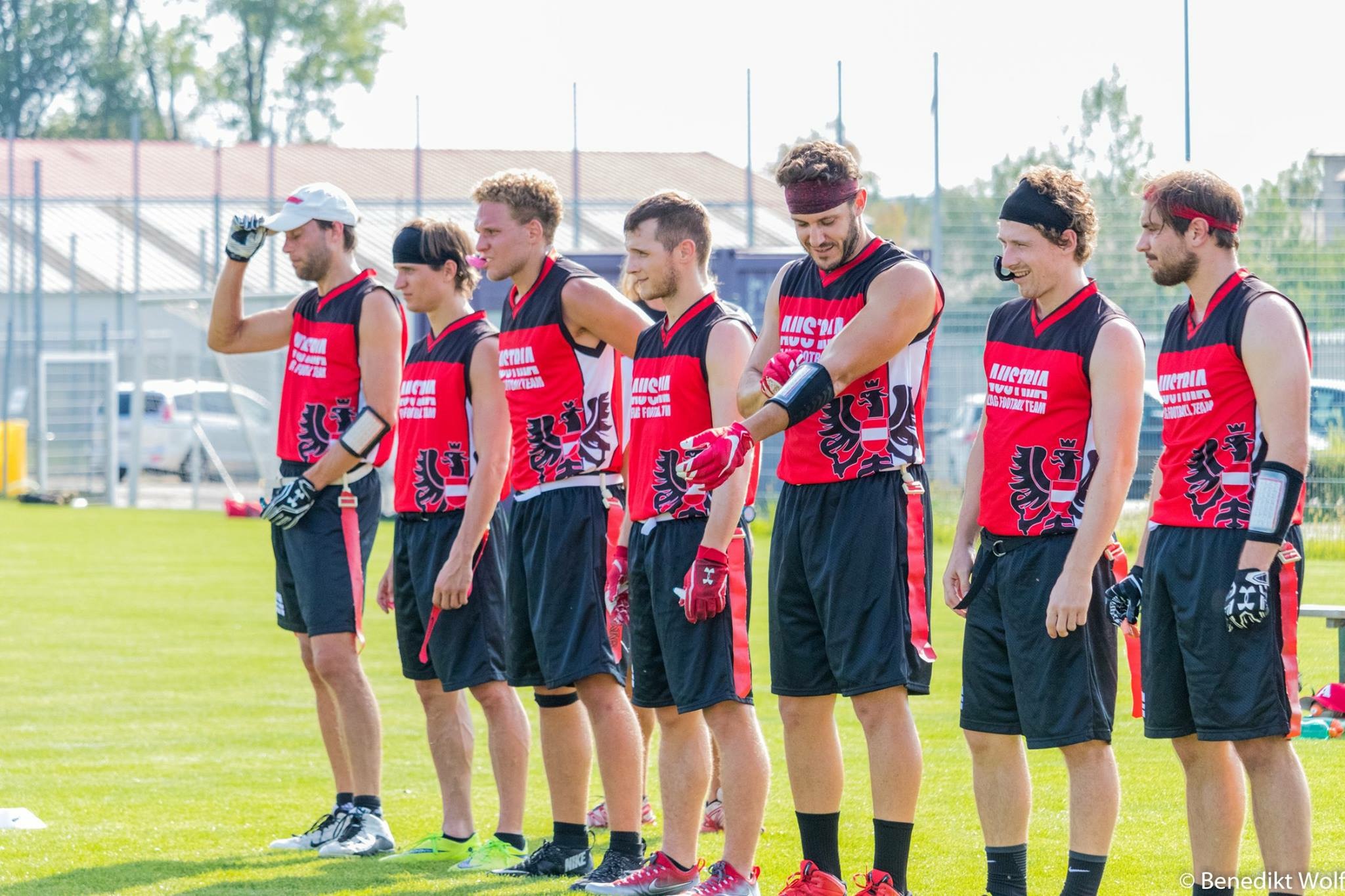 Who will win the Championships?

With the IFAF split we see 4 time (2009, 2011, 2013, 2015) European Champions Denmark thrust into the Copenhagen bracket as hosts, meaning perennial runners up Austria (2011, 2015) have the chance to finally repeat their Gold finish from 2003. Italy and Germany have the personnel to push the Austrians, but we do not see them slipping up, meaning a dog fight for 2nd & 3rd. We may have seen a microcosm of the potential final of this tournament at Champion’s Bowl, when the Klosterneuburg Indians defeated the talented Walldorf Wanderers 40-6.

Italy field an almost unchanged side from the World Championships in Miami that almost managed to upset team USA. Meanwhile the Benjamin Klever led Germans will be made up of an almost new but talented crop of players and should make for an interesting battle. The interesting detail between Germany and Italy is they have been frequent runners up since 2003, taking turns for silver, until Austria started to intervene in 2011 & 2015.

In our opinion, we should see an Austrain double, as the Amazing Austrian Amazones have a strong chance to repeat as champions in a field which features only five teams. To many, they have the best female QB in the world in Saskia Stribrny, and a host of capable athletes to compliment her. Runners up in last year’s World Championships, and winners of this year’s Big Bowl (again!), the Austrians are hard to look past. We may as well really talk about who will be 2nd!

With no French involvement, and Israel in the Copenhagen bracket, Germany have the chance to cause some damage. They were bronze medallists in 2015 and have a capable squad. They did extremely well at this year’s Big Bowl, under the pseudonym of T2D2 coming 3rd only behind the Austrian’s and Mexico ladies.

What about the rest?

The remaining teams will be much tougher to separate, but Slovenia will be intriguing after some great performances from their league teams at Big Bowl. Their roster seems strong, but can they play together as a unit? The Netherlands, who will be mostly made up of the Hague Hyenas, will have the opposite situation, as their ranks are filled with players who are very familiar with one another. Their problem will be trying to play above the standard of their domestic league.

Not a lot is known about the Swiss and Czechs, so we have targeted them for last 2 places. The Swiss side, Winterthur Red Lions had a good showing at Champion’s Bowl, especially in their group game against the Allerod Armadillos, as captain Fabio Gervasi put in an excellent performance.

The Spanish, we feel, may have the talent to make a run at the podium positions, but realistically a 4th place finish on their home turf will be achievable. The squad has now been together for 2 years, using tournaments to build a chemistry, and could upset the Germans if their offence clicks. They also boast a fearsome defence, however injuries may hamper their ability to cause more of an upset.

We feel the Spanish should be able put their best foot forward, as hosting will give them an opportunity to load up on talent. We hear Italy will likely field a team of newer players in the tournament, so they may look at this tournament as a learning opportunity. They’ll challenge the tall & physical Czech side, and could exceed expectations.

Who should we look out for?

Slovenia have a mix of very talented players and should be looked out for to potentially upset one of the predicted top 3. We have mostly seen them compete at Big Bowl through 6th placed finishers Novo Mesto Knights and Champion’s Bowl participants the Ljubljana Killer-bees. The Domzale Tigers are another impressive squad who have impressed on the tournament circuit.

Aside from the expected domination from Austria we are excited to see what the Spanish ladies bring to the tournament. With their best opportunity to field their strongest line up, they could repeat the feats of the Danish, and win the whole tournament on their home-soil.

Who will win the MVP award?

Tournament favourites normally contain the MVPs, so we’re looking at Austrian safety Basti Wolf and wide reciever Daniel Hochleitner to impress. The towering Benjamin Klever has one of the best arms in Europe, and with a full supporting cast could really showcase what he can do.  Look out for his main target Fabian Achenbach to reel in some long bombs down the field.

Slightly out of left field, we think another towering QB could also show some MVP potential in Italian Luke Zharadka. He torched some defences in Miami and has an outstanding range and accuracy. Currently the QB for kitted side, Seaman Milano, he recently received the MVP of the 2017 Italian American Football Championship.

We really can’t look past Saskia Stribrny who brings a cool, controlled and huge range that automatically puts her team in contention. You’ll be hard pressed to find someone who doesn’t come away impressed after watching Saskia play.