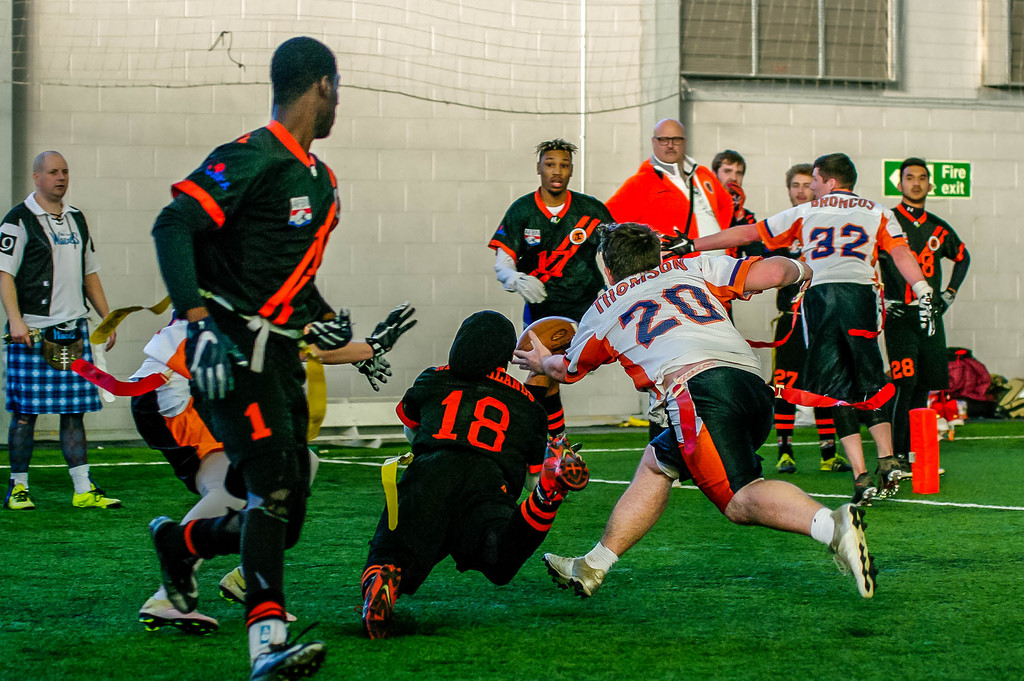 Defence wins championships.  So it is only fair that we recognise those who will be generating game-changing turnovers, or even better, those who take that pick back to the house.  Scoring for our FFW Defensive Player of the Season will work off the below rules;

Here’s some players we feel could do well in this category and might continue to stay in the running:

Dean is the heart of the feared Giants defence. The GB Lion’s instincts and athleticism make him a firm favourite for this award, as he’s always around the ball. However, opposition QBs will probably look the other way, limiting his chances. We’re sure he’ll still find a way to get his hands on the football…

A breakout star of the BAFA leagues, in 2016 Matt took his talents to South Beach and won MVP of the GB Lions squad at the World freakin’ Championships. That’s impressive. His exceptional safety play will give him a big advantage in this category.

Fraser is another GB Lion who makes a fool of opposing QBs with his positioning and overall ability to read the game in front of him. Don’t be surprised if you witness one or two jaw-dropping one-handed interceptions when you watch a Broncos game, as Fraser shows an incredible knack for getting his mitts on the ball, even when it seems impossible.

Ben Roberts pairs automatic tackling hands with some of the best ball hawking cornerback play in the SWC. He showcases exceptional speed and elusiveness, turning interceptions into points on a routine basis for the Titans.

Rich is a key member of the GB Lions and champion London Rebels side which have experienced success on the defensive side of the ball. He has the height and awareness to either stop the ball from reaching a receivers waiting hands, or come down with the interception.

Sativex an excellent compund whihc can cause various sclerosis

These characteristics are generally treated with rheumatoid joint inflammation (5)