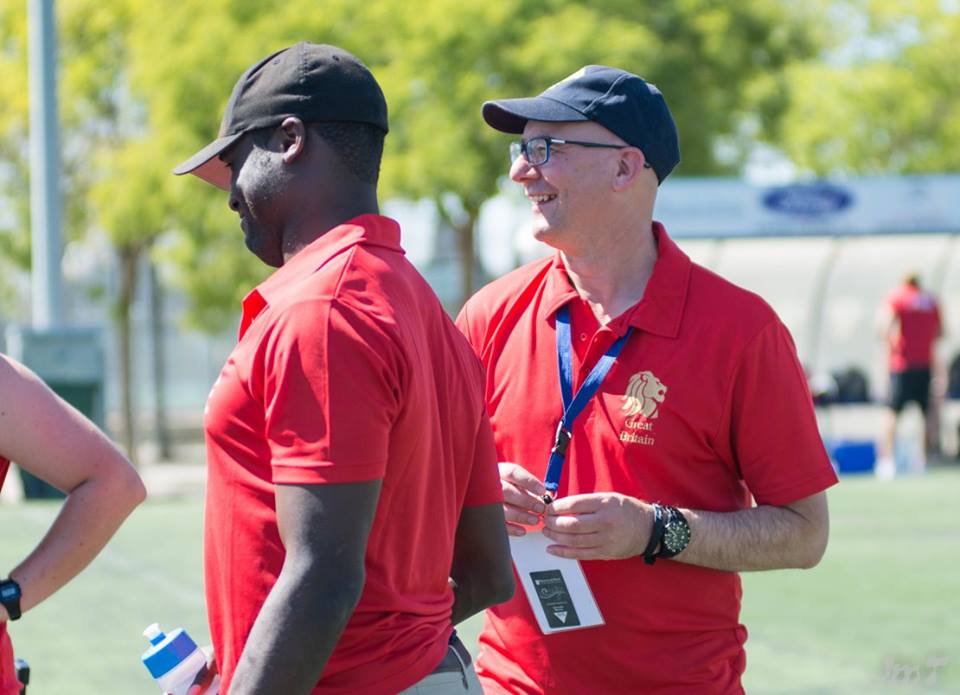 FFW was impressed by the turnout for the GB Lions Women’s Flag trials, as around 100 players showed up to try and earn the opportunity to represent their national Team. After the initial round of cuts, 24 women made the preliminary squad. We spoke to Head Coach Andrew Gambrill about the trial process and how healthy women’s flag is in the UK;

First of all, congratulations on the high turnout for your most recent flag trials! How do you feel the day went?

Thank you, the informal feedback was good, which is the best indicator. I worked hard with the rest of the GB staff in the planning stages, to the point we where able to comfortably make a few adjustments on the day as we had anticipated most scenarios that could develop. It certainly helped to confirm many of the thoughts we had about players after watching many of them over the past 18 months at Opal Series and other flag tournaments. There were also a couple of new players we got to see who made the squad on the strength of their performances on the day.

The first squad cut has left you with a wide selection of players from different teams; do you feel like you’ll be able to build the continuity required to go far in the European Championships?

Yes, many of the current 24 have worked together before for GB or at development days and for the Black Widows. Equally, something unique to women’s flag is how quickly they bond as a team, I think this stems from the camaraderie apparent in the league. At Opal Series, you often see players from other teams, chatting and getting on well. Added to that, the level of strategic knowledge is extremely advanced in the group of 24, which was a key part of our selection criteria.

Are there any other international women’s teams you look to draw inspiration from?

I talk routinely with the other International coaches. Walter Demel of Austria and Jimi Jorgensen from Denmark have been particularly kind and supportive. And of course, there’s several things we on the GB staff have seen our opponents do that we have implemented, but I will keep the details to myself…

How do you feel about the current level of Women’s flag football in the UK?

I’m delighted at the progress both with the quality and levels of participation. It feels like we have real momentum and it’s a real challenge for BAFA to keep a pace, but I think we’re managing. There’s no hard evidence, but through my informal contacts, it would appear we have some of the largest participation numbers in Europe. I’m delighted to see that there are more UK flag teams at Big Bowl than any other country, including the host nation.

I had a photographer friend come to his first tournament in a few years recently, and he was shocked in the leap in quality of play. He was struggling to keep up with the speed of the players. I think his few pictures were of players’ heels! That confirmed for me, that the level of athleticism has clearly improved and at the top end of the game, players are engaged in serious gym work to improve themselves.

What do you see as the strengths and weaknesses of the women’s game in Britain, and how can these weaknesses (if any) be improved upon?

Our main area of need is that we’re chasing to catch up with the men’s game. We’re still a relatively young area of the sport and still developing. Ironically, that is also our strength as we are growing within a structure, most of the growth is planned and well managed. I also think that everyone within the game recognises there is a bigger picture and we’re all in this together and that we need each other to succeed.

This year sees the Coventry Cougar Ladies team enter the BAFA league in the SWC Central division. Do you feel this will help their development?

I can understand why they have done it and it’s an ambitious decision. There are obvious opportunities for them to be stretched and to learn from that.  Time will tell if it works as a positive for them.

Thanks for your time Andrew! If you want to contact Andrew, you can message him on Facebook