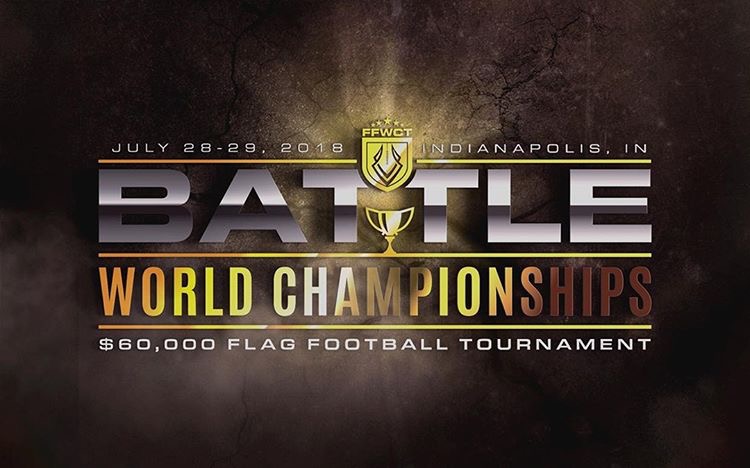 As we await details of the IFAF World Championships due to be hosted in Panama, there will be another World Championships happening in Indianapolis, Indiana. This is another huge tournament hosted by the famous Flag Football World Championship Tour (FFWCT), boasting a huge $60,000 in prize money and World Championship rings. The Championships are an open invite to teams all over the world and will feature approx. 300 – 400 teams including youth and adult divisions. In the adult categories you will have 3 separate divisions such as Pro – A Teams which is the most elite in terms of talent and skill. The next level down from then will be the Competitive B & C level teams i.e Mid-level and then the Recreational D for beginner type teams.

The formats will include –

The tournament will be played over 2 days 28th-29th July 2018 at the Grand Park Stadium which boasts 31 multipurpose fields (for soccer, football, and lacrosse) and 26 baseball and softball diamonds. The venue has 5-6 international airports within 3 hours including Chicago, Louisville, Cleveland and of course Indianapolis which makes it accessible for international teams.  The surrounding area boasts a variety of accommodation options from approx. $50 p/n to the more lavish if you fancy your chances of winning to $90 p/n. 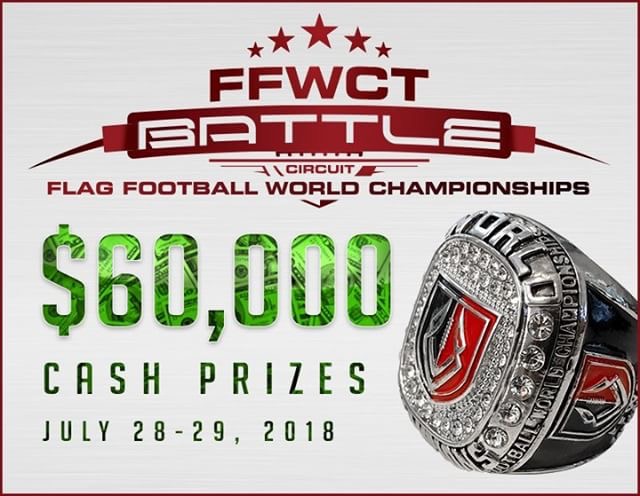 Currently, 10 Canadian teams are already signed up and above the expected U.S teams, We will see squads from Mexico, Panama & New Zealand.  The organisers are very interested in having European teams involved for the first time in their history and this would be a great test for players to match up against the best in the world with the added bonus of cash prizes should they defy the odds.

Above the usual glitz of media day before the tournament the event will be televised with sponsors including RedBull, Gatorade, Fitbit, XBOX 1 among others.  In-between games there will be a selection of free or alternatively paid food options including free samples from the likes of the above mentioned Sponsors. The entry fee is $50 deposit + $300 for 5V5 Non Contact.