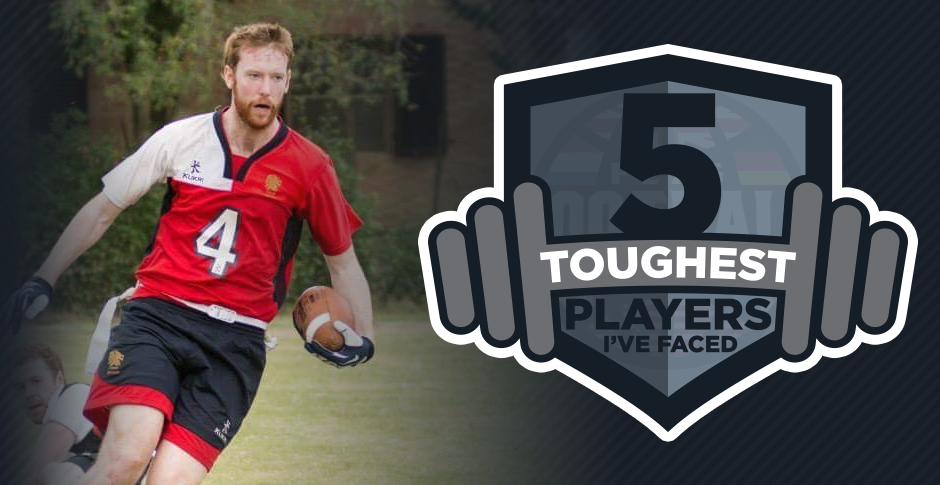 At FFW, we’ve been inspired by the articles that NFL players produce, honouring their peers and singling out the five toughest players they’ve come up against. With so much flag activity happening across the globe, we decided to highlight some some of these superstars and get the thoughts of their opposition!

Gary Elliott started playing flag football as a youth at the age of 16 and is currently playing his 15th Season with Aberdeen Oilcats. He was also part of his 5th International Tournament with the Great Britain Lions. During Gary’s time with both teams he has had the fortune or mis-fortune of playing against some of world’s best players. Below is his list of the Top 5 toughest players he has faced: 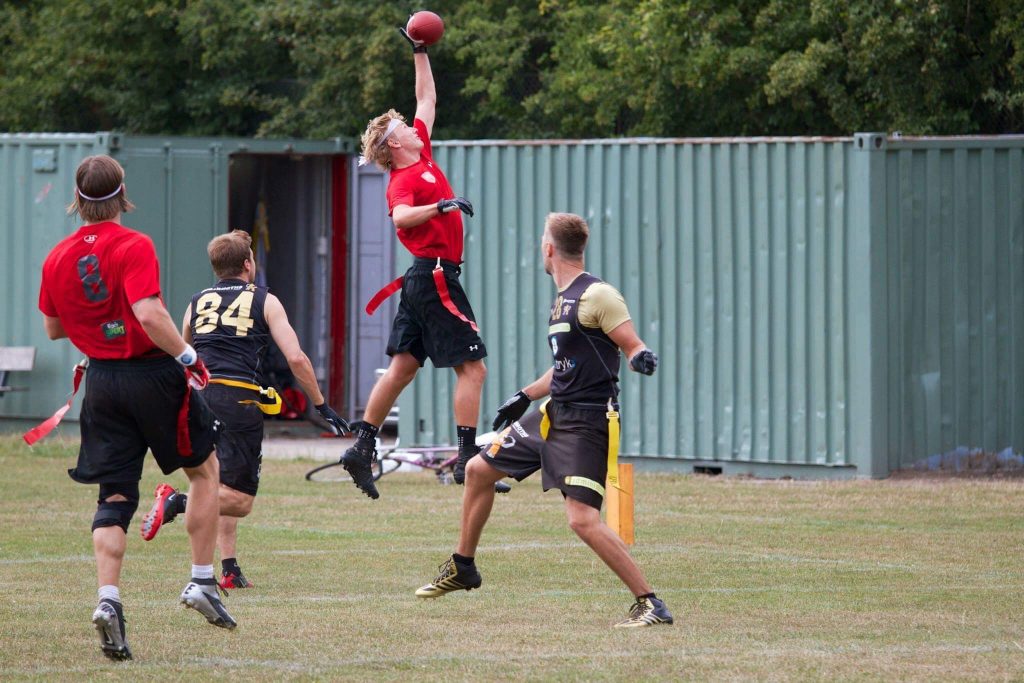 Niklas is a cover corner with excellent awareness and lateral quickness, he tries to keep everything in front of him and breaks quickly on the ball. If you don’t commit to your hitch/In/Out Route he will get underneath you and take it for 6. I’ve played against Both Denmark and Allerød, when he has played, and each time I have tasted defeat. My best bet is the go for the deep pass and out jump him; but for a smaller Dane he has one of the bigger leaps; if he doesn’t get to you in time you can be sure their safeties will. 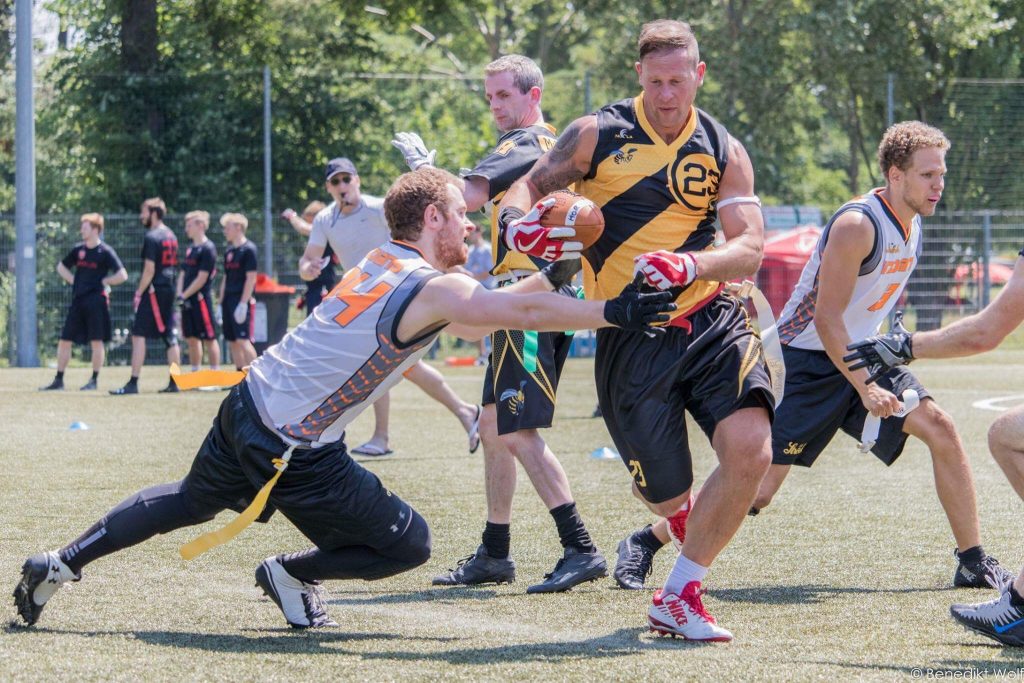 Sebastian is a tall physical safety with a great size/speed combination. He’s one of a handful of players who can play single safety at the highest level. Your Quarterback thinks he’s looked him off one way to throw the TD down the opposite side-line but he will find a way to get across the field and make a play. Each time I have played Sebastian I’ve been able to make plays against him but they don’t come easy; He gives each play 100%, contests physically and commits to every ball thrown in his direction. 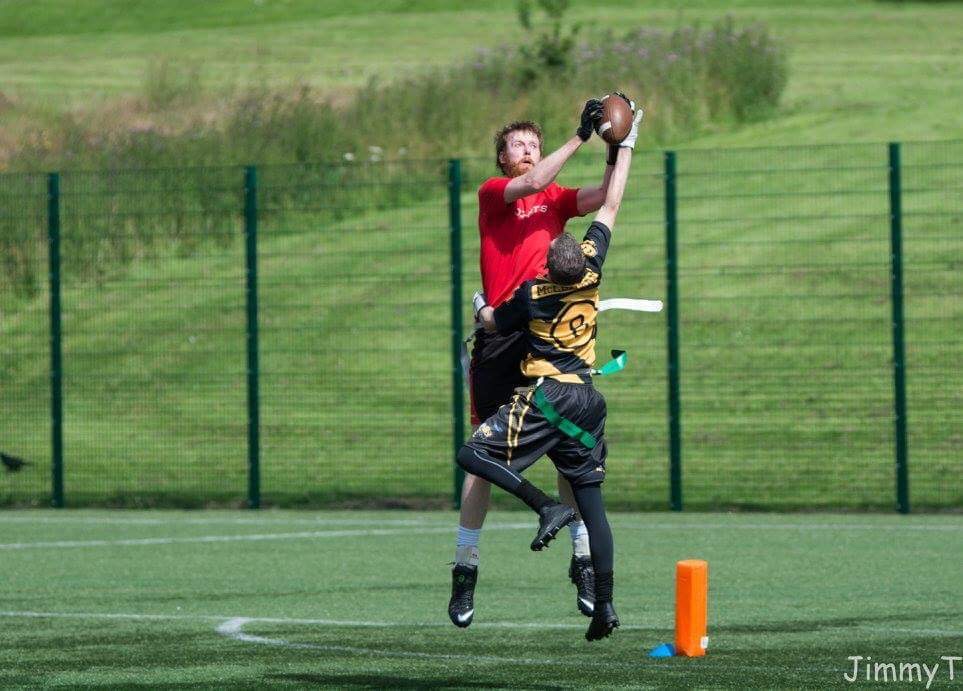 Grant is an explosive WR with great hands working primarily from the Slot position. The reason Grant works primarily from the slot position is because he has a unique ability when he reaches the top of his stem to have his face, chest, hips and knees point/lean one way but his toes are going the other way. I’ve played both with and against Grant and believe even at the age of 46 he would still make players look stupid at international level. Grant doesn’t need a play or route just tell him to get open and he will have you turning in circles all game. Luckily Grant plays both offence and defence so we’ve both won our fair share of battles. 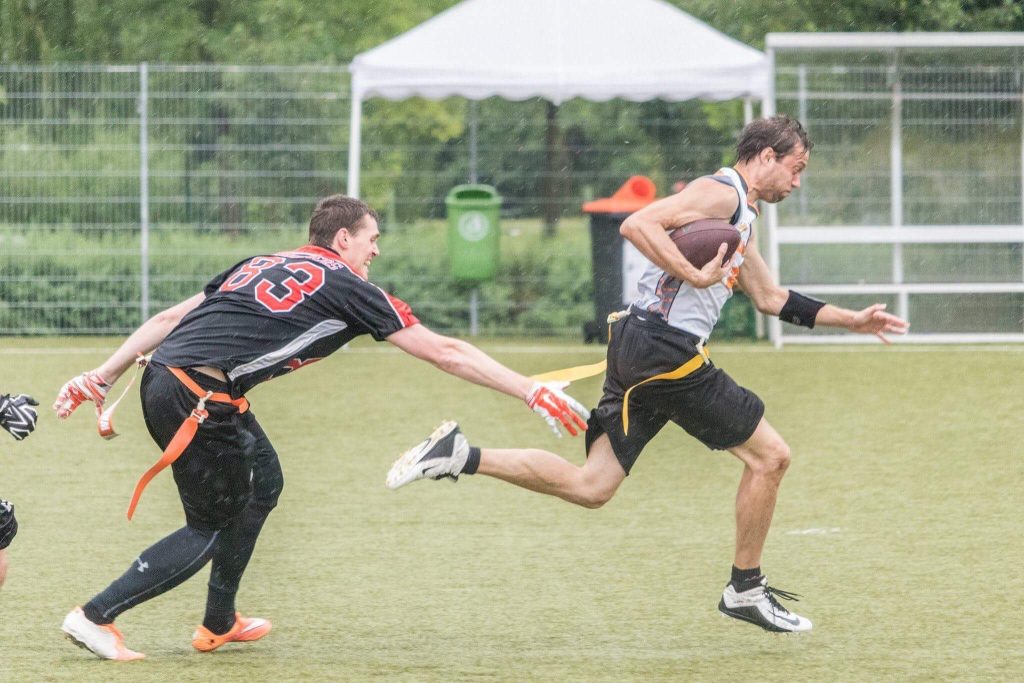 Bernhard is a receiver who has it all; excellent route running, hands, top speed and height. The thing that separates Bernhard from other receivers is how explosive he is off the line 0-100% in a flash. When covering Bernhard you better have a good indication on where he is going because if you hesitate he is gone. It was early in my GB career when I covered Bernhard and I’ll have to admit he won a lot more plays than I did that day. Unfortunately, I’ve never had my day as a WR against Bernhard though I’m sure it will be just as difficult. 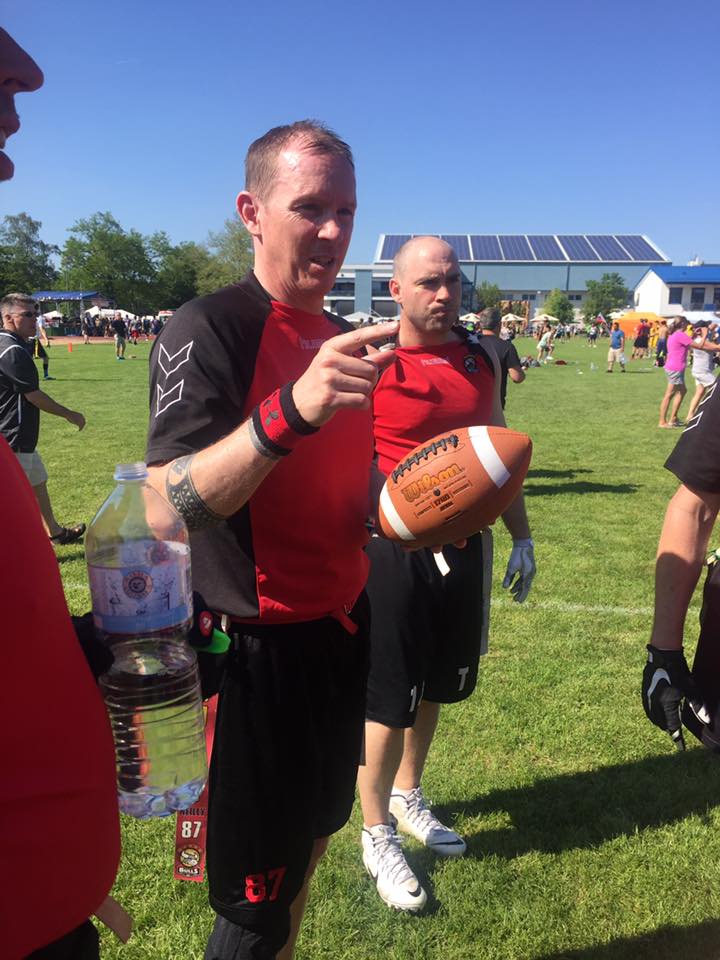 Neilly was former Wide Receiver turned Quarterback for the 10x British Champion Kirkcaldy Bulls. Kirkcaldy Bulls have had some great players in their years; Stevie Bramwell who Neilly replaced at Quarterback, Grant McLennan I previously mentioned on this list and David Pasnik (it was tough to leave Pasnik off this list) these guys knew the game so well that they could just “get open” everyone was one the same page. The thing with the Kirkcaldy Bulls is that Neilly was the one reading the book to them. Neilly had the arm strength to make all the throws, the speed to take off during option plays and the game intelligence that he basically knew who would be open before they snapped the ball.

I had the pleasure on playing alongside Neilly with Scotland in two of the home nations tournaments both of which we went undefeated with some close games, if Neilly wasn’t part of those teams we would not have won them. As with everyone else in the league I’ve never beaten Neilly or the Kirkcaldy bulls when they were part of the league (Recent Big bowl doesn’t count) the closest I got was when quarterbacking the Aberdeen Oilcats in a league game we lost by, I think, 1 point. The loss was even more difficult to take knowing that I had just driven down the field with time running out to watch one of my passes bounce straight of the chest of a receiver….in the end zone…. Two plays in a row.