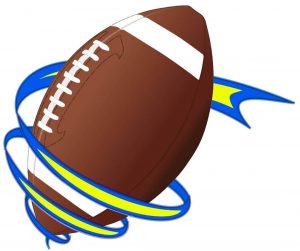 Flag Football World is always looking to cover the international scene and thanks to our new team of writers from Sweden we will be able to highlight the league and results for the up coming season.  Uppsala 86ers are probably the main team that you will be familiar with due to their attendance at multiple European tournaments, so here is a little insite to get you up to speed.

Swedish flag football is organized into two tiers. The Swedish Championship League and the development league. The latter is broken into two different geographical tables due to sheer distance between competing teams. Teams don’t have to qualify for the Championship league, which means any team is allowed to register thus there is not a relegation system in place.

The number of teams have been steadily on the rise with a few teams falling by the way side as others emerged. A number of teams chose not to play in the league due to the amount of travel necessary (in some instances teams covered 764,42 miles) instead opting for weekend tournaments or one day events.

As tackle football has suffered losses in licensed players every year, flag football has seen an increase of 377 % over the last 4 years as demonstrated in this table below.

The schedule during a “normal year” consists of 6 game weeks and 1 playoff weekend played with 2-3 weeks break between. The schedule stretches from the beginning of May to the end of September.

New team to flag football during 2019. 2020 will be the first year in the domestic league. They have a successful tackle team who’s played in the highest division, their team should be a solid combination of flag and tackle players.

One of the staples of flag football 2ed place 4 out of the last 5 seasons. Lost their best player, Philip Smith to Uppsala 86ers this year. “Pure” flag team

Veterans! The team was originally made up of indoor student tackle football players for a combination of the Swedish military academy and the Defence collage.

Another team that has been around for a while and champions 2014. Has experienced a generational shift from the league’s oldest to the youngest team. “Pure” flag team.

Gang of friendly guys who use to play tackle football but now play flag. Known for getting hammered on international trips, also known for quite good play.