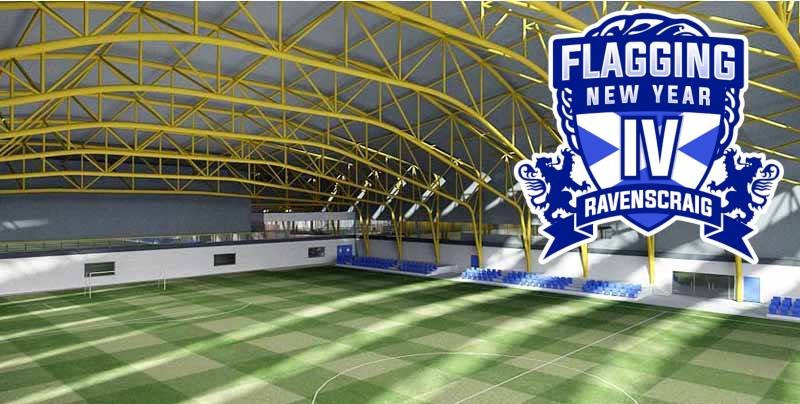 Wow. That didn’t last long! Last year, we sold out our mixed slots fairly quickly, and we were massively proud.

This year, they were all gone in less than 20 minutes! Thanks to everyone who has registered or been interested in the event! We’re delighted to have even more nations represented, as teams from France, Slovenia and Switzerland enter the fray. For those who missed out, don’t worry, we’ll have a waitlist for you in case of unfortunate call-offs. But for now, here’s your 24 teams taking part!

Starting off from the top 4, as things stand we’re guaranteed new champions! The Dutch Lions are a force in the international flag scene, competing at a number of tournaments as the Hague Hyenas and the Lions. They’ll be looking to win it all this January!

Last year’s surprise package of the whole weekend was the Vienna Spartans. The Spartans finished top 4 in their first attempt – who will be the fairytale this year?

Our loyal sides make up our next group of teams. The Glasgow Hornets, Aberdeen Oilcats and Grangemouth Broncos have been battling it out for superiority in the HNC all season, and will do battle again in January! Carnegie Flag have been the juggernauts of the HNC Division One field, and impressed at King Bowl and Big Bowl this year. Speaking of Big Bowl, the Edinburgh Outlaws themselves had a fine tournament, and will be in attendance come January!

Also from the HNC, the Clyde Comets will be looking to make an impression on a strong field! From the MEC, we’ll see the Manchester Titans, Newcastle Blackhawks, and the returning Leeds Samurai will be taking part! From the SWC, the Aylesbury Vale Spartans and Coventry Cougars for another crack at some of the top teams in Europe. The SEC sends us the Chichester Sharks and the FNY2 champions and reigning BAFA champs, the Baker Street Buttonhookers. We’re not done with the sides from the UK, as King Bowl champions, the London Smoke, look to add to their impressive resumé. The Craigavon Cowboys also return from the Irish leagues to take a stab at some strong sides!

From our returning international sides, we see the Purmerend Barbarians and the Utrecht Dominators look to do their nation proud with some FNY experience under their belt. The Reckless Russians will also want to perform better this year, and we’re sure they’ve been working on making that possible!

As far as new international sides, the Wild Hogs Kocevje come from Slovenia – a country with strong performances at international tournaments. The Wild Hogs will want to show everyone what they’re made of. From Switzerland, the Winterthur Red Lions come into the competition with prior experience at Champions Bowl and Big Bowl, which could serve them well. The Vienna Saints will want to replicate the success the other Vienna side had last year. We’re also delighted to welcome Sphinx De Pau, former Champions Bowl winners and a strong addition to an already loaded field!

We’ll have more extended previews closer to the tournament, and any updates or news will be shared right here on Flag Football World!

There’s still spaces available for the Women’s bracket! If you’ve got any questions, please get in touch!