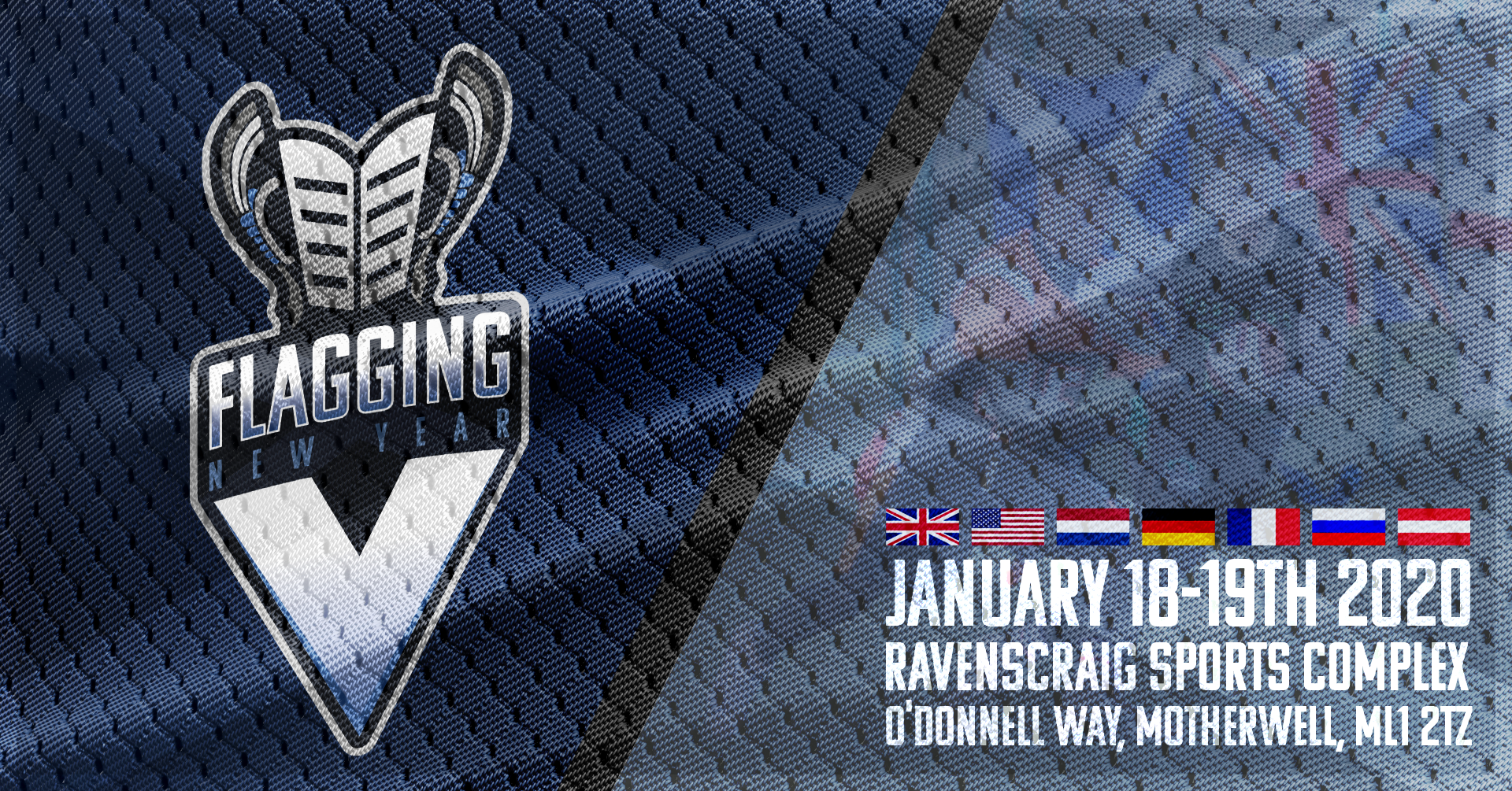 Our third live draw this weekend saw four groups of six teams thrown together in the mixed competition. There’s a real “group of death”, along with some tasty group match ups. Today we’ll go group-by-group to see who we expect to advance! 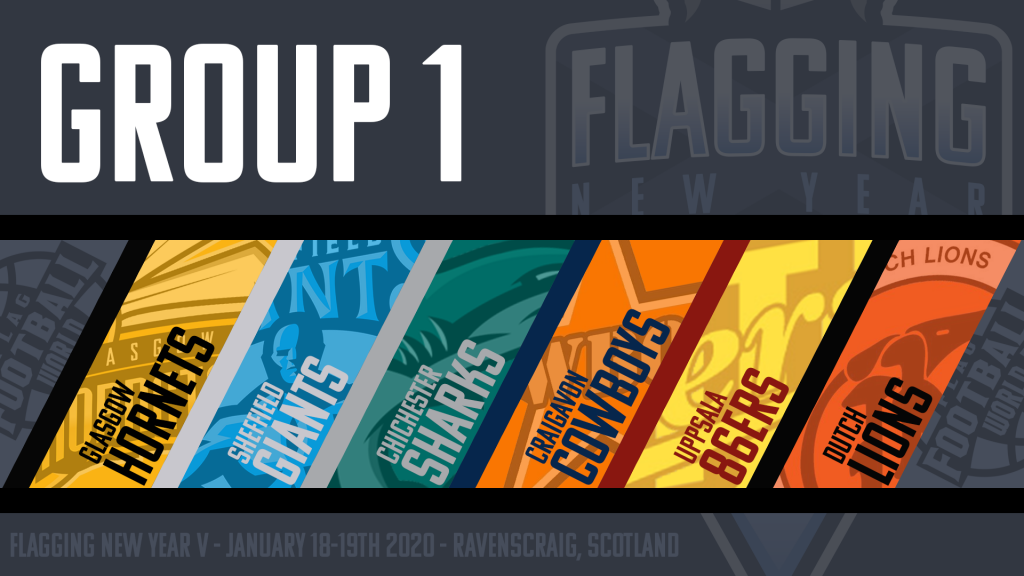 The draw kicked off with a bang as four teams who’ll fancy themselves as contenders were put together. Starting with the BAFAteams, the Glasgow Hornets, Sheffield Giants and Chichester Sharks are somewhat familiar foes. The Hornets and Giants have had several tussles at BAFA playoffs, while the Sharks met the Hornets at FNY3. The Giants are back from the dead for one last rodeo and will no doubt feature a star studded side. The Sharks at their first FNY were undermanned, but have plenty of experience in their midst. Craigavon have become staples of FNY in recent years with strong Saturday performances…however its often on the Sunday when things take a turn!

Coming from Sweden are Uppsala 86ers for their second FNY! They impressed in year one, and had a particularly memorable clash against the Glasgow Hornets, who they’ll meet again! The Dutch Lions have a third place finished under their belt in 2018, and will be looking to return for a final place this season in a difficult group!

We’ll take the 86ers and Dutch Lions to advance from this one – the Hornets and Giants could potentially challenge but will likely lack the firepower to complete with two excellent offences. 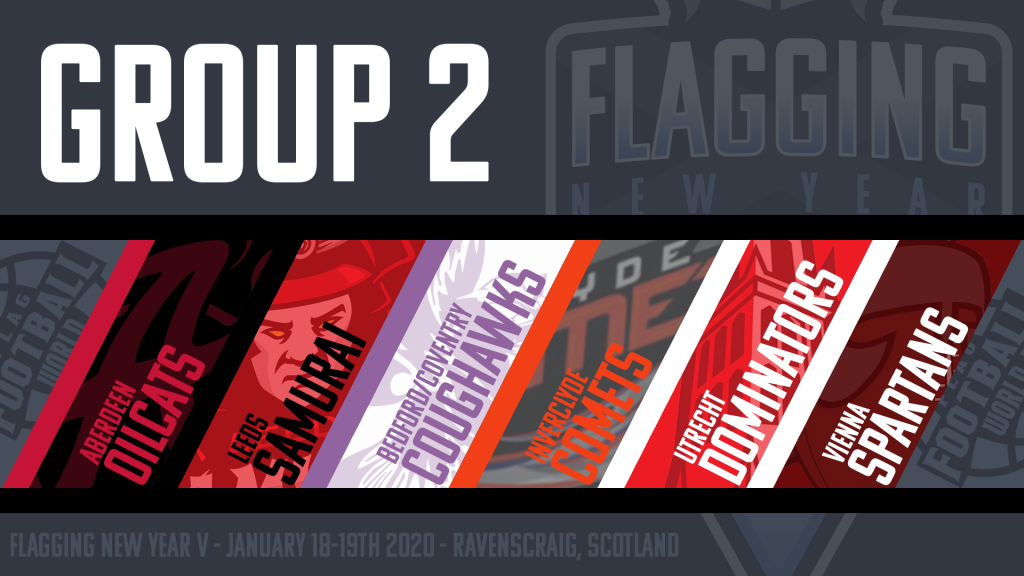 In group two, the reigning champion Aberdeen Oilcats have a slightly straightforward route to the quarter-finals. They’re joined by the Leeds Samurai, Cougarhawks and Comets from the UK. The Utrecht Dominators and Vienna Spartans will provide some competition, but we imagine the Oilcats should negotiate these challenges. With Scott McDonald returning under centre, we should see those talented receivers that Aberdeen has put to good use.

The Vienna Spartans have come fourth two years in a row, and can go score-for-score with some of the top teams in the field. Their defence features a mean blitz which can rattle opposition QBs. The Dominators, while clearly talented, just haven’t put it together for a run at the top table in the past. They often find themselves in tough groups, but this year they could look at advancing if they can overcome the Oilcats.

The Leeds Samurai are coming off a 7th overall finish last year as their undefeated Sunday impressed onlookers. They carried that form into the post-season and sealed promotion back to the MEC Premier Division. The Cougarhawks figure to feature players from the Coventry Cougars Ladies side and the Bedford Blackhawks – can they gel together on the day?

Finally the wildcard in this group is the Inverclyde Comets. One of the worst kept secrets in football is the return of Neil Arnold to the Division One side. He immediately makes the Comets dangerous, and he’s not alone. With Grant McLennan making the move across to the Comets, they’ll have another valuable receiver to pair with Bud McFerren. They could honestly challenge to advance if they play the format well.

If pressed, we’ll take Aberdeen and the Vienna Spartans to go #1 and #2 respectively from group two. 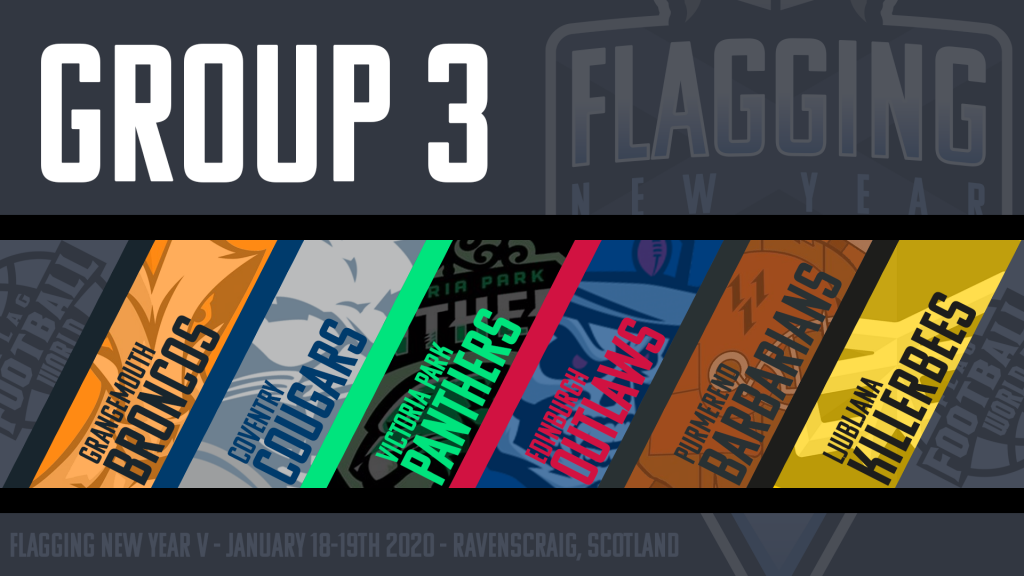 The Grangemouth Broncos enter this group as the clear favourite to win it. A third place finish last year, along with the newly recruited Jamie Archibald will have them feeling good about their prospects of getting to the top four at a minimum. They’ve got a straightforward group, with Jamie’s old team, the Edinburgh Outlaws, getting a chance to see him in action for his new club. The Outlaws themselves have been quietly excellent in Winter League competition – can they translate that form into FNY?

The Coventry Cougars have had a great 2019, as they got promotion back to the Premier Division, and will likely see one of their opponents for 2020 in the Victoria Park Panthers. VPP have absorbed some of the talent left behind by the folding Reading Lions – we’re excited to see how these new pieces perform in new colours.

The Purmerend Barbarians are frequent flyers with plenty of tournament experience to boast about. They improved on their 13th overall from 2018 to finish 10th last season – can they continue that trajectory?

The most likely challenger to the Broncos in this group comes from Slovenia, as the Ljubljana Killer Bees look more like an SFFL all-star team than anything! Slovenia had a banner year in 2019, with high placing teams at Big Bowl, and the Novo Mesto Knights competing strongly at Champions Bowl – can we see the Slovenians repeat the feat of the Wild Hogs from last year and get into the next stage of the competition?

The Broncos will win this group at a canter, while we like the Killer Bees to take second place. 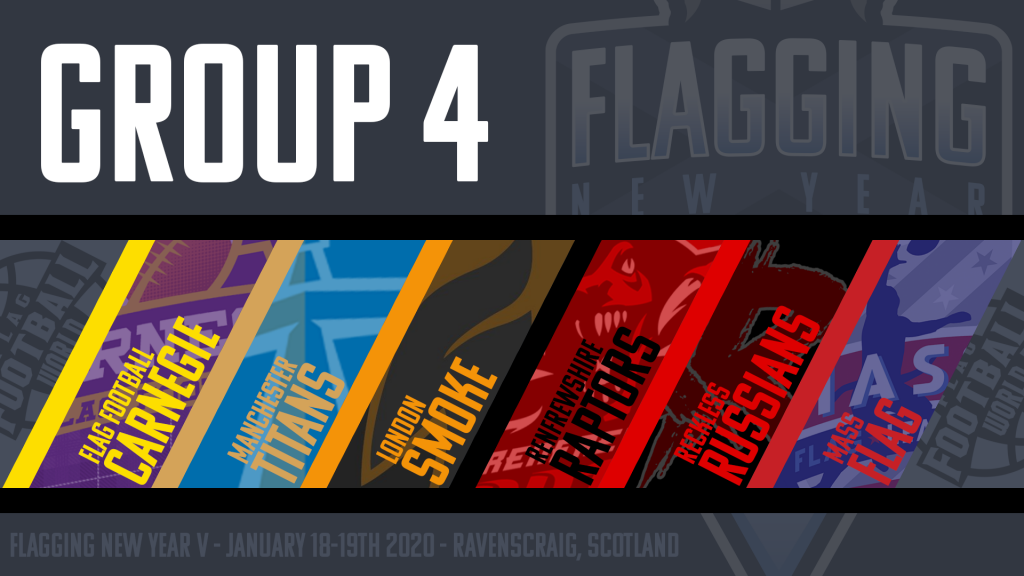 We’ve got two clear powerhouses in this group. Starting with the capital side, the London Smoke went from promotion to the BAFA Championship final in just one season, and it’s no surprise with their talent and hard work. Another seasoned tournament team, the Smoke will surely have a plan for every team they play against.

Mass Flag are the early favourites to win the whole tournament, but their side will look a lot different from previous years, with some youth being injected into the team. Could that lack of experience hurt them?

Carnegie broke up the usual HNC playoff participants by ousting the Oilcats from the finals, while finishing 6th overall in the UK last season. On their way to that placing they had two classic games against the Manchester Titans – can they produce another game for the ages? The Titans will be hard pressed without QB Alan Mead for the Saturday action.

The Raptors will be taking part in their first FNY, but have been strong at Winter League, most recently beating a strong Carnegie team convincingly. They have big play potential on offence which could challenge in the Sunday action. The Reckless Russians are back for a third bite at the cherry – with a small squad, they will rely on experience to potentially challenge for 3rd overall in this group!

We’re particularly excited about the London Smoke vs Mass Flag contest, but can’t see past Mass Flag as the runaway favourites for this group. London Smoke will take second place.

The Women’s bracket threw up some exciting matchups in the first round. While all teams will face one another over the course of the weekend, we’re in for an explosive start!

The Grangemouth Fillies (sorry about the spelling! The graphics department have been chastised for the error) will be taking on a likely division foe in next year’s Opal, as the Sheffield Hallam Warriors will be travelling North for some January football for the first time. Their league form has always been impressive, but will translate to the tournament format? The Fillies have some game-time experience since their formation now, and won’t be anywhere as raw as some may expect.

The Manchester Titans are a real dark-horse to win it all as they have some of the more talented offensive talent in attendance. The Leeds Samurai Queens sealed a plate playoff place in their first Opal Series, and will be wanting to keep the good times rolling at Ravenscraig.

The main event in the first round of guys could be an early preview of the final with the East Kilbride Pirates taking on the Hyde Park Renegades. The Renegades finished second in the UK and are coming off a strong Champions Bowl display, while the East Kilbride Pirates just had their strongest Opal Series in their history as they came third overall in 2019. They’re one of the home sides at this year’s tournament – can they put some silverware in the cabinet?

Given their vast experience and successful history we’re going to take the Hyde Park Renegades to win it all. Even missing some talent, they have so much depth at each position.

All the under 13s games will be played on Saturday in a round robin format. Last year’s winners from Dunfermline won’t be in attendance, so we’re guaranteed new champions! An early favourite are the North Shore Flag Football team. The team from the USA should have the experience and moxy to overcome some of the UK’s finest young talent. That’s not to say there won’t be a challenge though – the Glagsow Tigers, Hamilton Buccaneers and Inerclyde Phoenix have the closest proximity to home and should have strong squads. The Nuneaton Jaguars have produced some talented players too, while the Chorley Buccaneers have impressive showings at all flag disciplines.

We’re taking NSFFL to win it all, it’s up to the rest of the teams to prove us wrong!