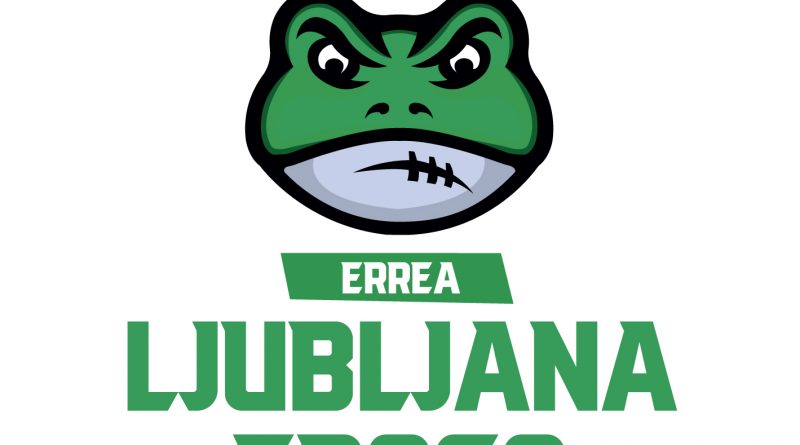 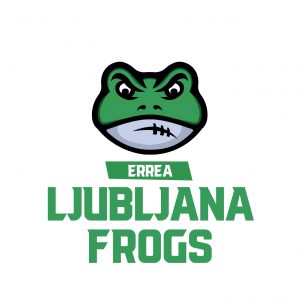 FFW has followed the SFFL for its last few seasons so it is exciting to introduce its newest team to enter the league. Ljubljana Frogs expands the league to a record number of 9 teams! The frogs come into the league boasting a range of graphic designs as well as a host of experience and knowledge about Flag football to set the bar high. However with an already well established league including some top teams already present on the European circuit will they have enough on the field? FFW takes a look at the roster and what we can expect..

The founding of the club arose due to players already living in Ljubljana having to commute long distances for each training session in Kočevje – A 1.5 hour drive to be exact.  With only four players from Ljubljana and two from Kočevje attending it was far from economic thus the local players trained in Ljubljana and added friends from other teams and friends of a friends slowly forming what would be the Frogs.  Following talks with newly installed coach Makuc about the teams plan and strategy, a new clubs was formed.

The team will be led by experienced Slovenian and international circuit player Kous who will be one of the captains in the new team. The most experienced player on the team; you will likely have seen him suiting up for Scottish HNC outfit Carnegie Flag Football in this years Flagging New Year event in Glasgow. He is not prone to any specific position due to his all round play.

The teams Instagram profile @LjubljanaFrogs shows you just how much work they put into communication about the club and the newly signed players. As a Slovenian team, they will have three foreigners who don’t have a Slovenian passport. SFFL just recently changed their rules, a primary change being only one foreign player on the field per team at the same time.  Ljubljana currently boast Aleksa Stanić (Serbia) formerly of  Novi Beograd Orlovi,  Cameron Piontek (USA) associated with the Kaiserlautern Eagles, and last of all Ivan Caballero  (Spain) resident Spaniard studying and working in Ljubljana “With those additions the frogs have a chance to make the league more interesting” says Aleš Makuc, the coach. The rest of the team consists of previous soccer, basketball, handball, and futsal players, even including a skateboarder too, but it shows the athleticism on their ranks..

The original 2020 goals for the team was to participate in various foreign tournaments and leagues. Ambitions of a final four place in the Croatian flag football league and a modest top 5 finish in Slovenia. This year’s King Bowl sadly cancelled like so many others due to Covid would have landed them a 1st very real test in the group of death. The frogs are still enrolled in Bamboo Bowl where a semi-finals place would be a great way to make a statement of intent as well as playing in the Alpe Adria cup in September. While Covid has greatly dented their rookie year and may take a while before we can see how they compare to the likes Walldorf Wanderers or London Smoke the team would be happy to find themselves among the top 30 in Europe.

The teams biggest strength by far is the organizational structure in the club. A player cannot be a coach, and a coach cannot play. The President has his own tasks, trying to gain recognition of the club and get as many sponsors as possible “We have a coach for flag – that’s Aleš Makuc, we have strength and condition coach – that’s Robert Pokovec, we have a physiotherapist, we have a graphic designer (Aljaž Kočevar), a marketing and PR guy, etc… We are an amateur club with a professional touch,” were the words of Ivan Mikulus, the president of the club.

As for players to watch? 5, 9, 12, 17 and 31!  #5 is Goran Dujmović one of the smartest blitzers in the game but has a knee injury which could slow him down a little bit. #9 is Darko Mićić (also captain of the offence), the youngest QB in the league with a strong arm, great pair of legs and a double threat. Number 12 will be their centre, Andrej Verbajs, who’s got a lot of gas in his legs, the right height and long arms.  #17 is fast Spaniard Ivan Caballero who will be playing in the slot position,  He is an ex-basketball point guard and as they like to call him – Speedy Gonzales. #31 is Aljoša Kous, who just last year was ranked 20th in the MVP race in SFFL, and who played almost every tournament except for SportMonda, He recently made a superior pass deflection against Benjamin Klever for the PAT playing for the Kaiserlautern Eagles in the 2019 King Bowl edition when Walldorf won by one point. To show his versatility he also played the cornerback position for Carnegie flag football in this years FNY benefitting from matching up with USA’s Mass flag.

“It’s hard to highlight the stars in our team especially because every player has his own strengths and knows his place on the team. Everybody has their jobs on the field and they know exactly what to do. Jordan, when he was confronted with “there’s no I in team” replied (with now a famous quote) “but there is an I in W-I-N”, but the Frogs still believe that working as a team is what will make them great. Our offence will sell the tickets, but our defence will win the games,” says Makuc.

FFW looks forward to seeing if the Frogs can upset the balance in the SFFL dethrone Novo Mesto Knights from the top spot.  Will they be the top team in Ljubljana or will the already established Killerbees knock them back into reality? Can they #DefendThePond on the European turf? We will find out soon.