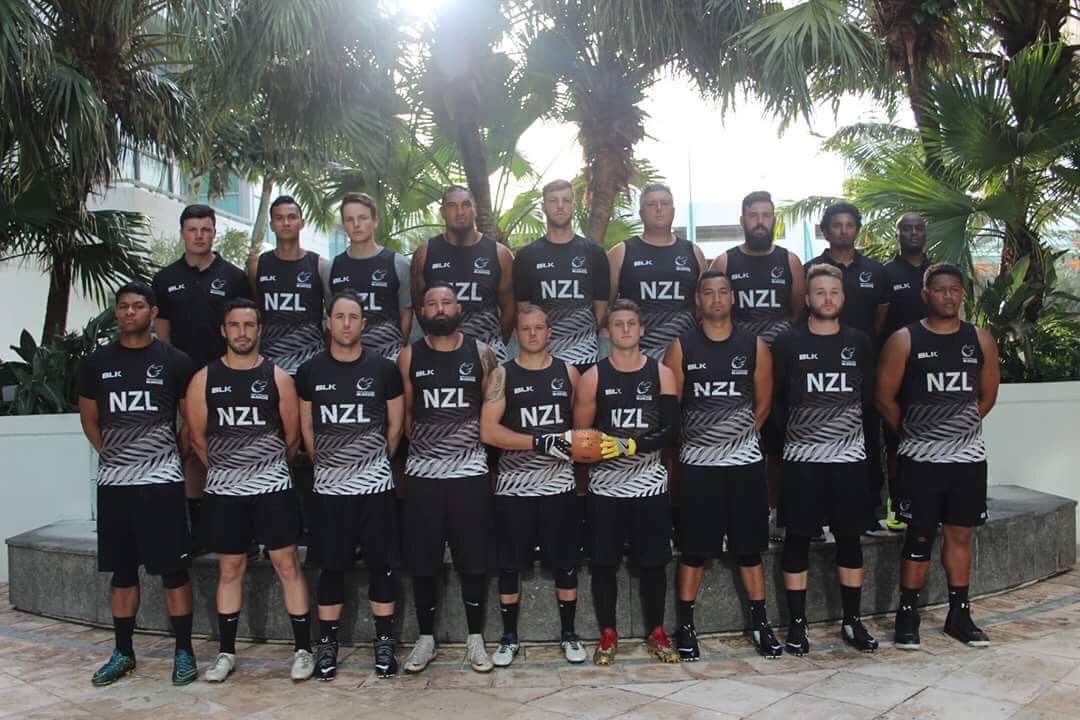 Taumatawhakatangihangakoauauotamateapokaiwhenuakitanatahu is the name of a hill in Hawkes Bay

The Kiwi badminton team name was ‘The Black Cocks’, but after a year, had to change it due to complaints

They play Flag Football and they play it well! After a good debut at the World Flag Championships in Miami with little experience and time to prepare, the KIWi’s made a statement. Quarterback Charlie Due kindly let us in on the sport in New Zealand and gave us some background.

American Football in general is a minority sport in New Zealand. In a country with a population of c.4 million, there would be roughly 500 registered players in total – with Rugby Union, League, and Soccer being the main sport of choice for most ‘Kiwis’. The majority of New Zealand American Football is concentrated in the most populous city – Auckland (population c.1.4 million) with a small competition of about 7 clubs. However, participation levels are generally inconsistent, especially when rugby players realise that there are few transferable skills between the two sports. Following one of New Zealand’s first international fixtures on home soil in over twenty years, against American Samoa – NZAFF was advised of an upcoming IFAF World Cup in The Bahamas for Flag Football in 2016.

Flag Football is a relatively new concept in New Zealand, where contact football has been established and favoured due to the natural fit with our sporting psyche, body types and skill sets of many of our players. However, given a timeframe of just 5 months to learn the game of Flag, Head Coach Shiraz Soysa put the message out to the various associated regions across the country and brought in a trial squad of 30 players after a nationwide combine. The trial camp was a two-day-straight assessment of physical and intangible skills which eventually narrowed down the squad to 15 players, with solid representation from the Canterbury and Tasman regions (South Island – Te Waipounamu) and the Wellington, Waikato and Auckland regions (North Island – Te Ika-a-Maui). Once the squad had been named, the regions would hold individual training sessions every week, with a combined national session every three or four weeks where players would have to pay for their own flights up front to get to Auckland.

In terms of learning the differences between contact and Flag, all we had to go by was game film found online from previous World Cups. The players studied it, and our playbook was drawn up from scratch by our HC based mostly on contact route concepts, albeit adjusted for the reduced field size and having essentially an unblocked rusher sprinting full force at the QB, cutting the passing window down dramatically from what we are used to: normally sitting comfortably behind a line of 150 – 190KG Polynesian men. It was a tough adjustment! 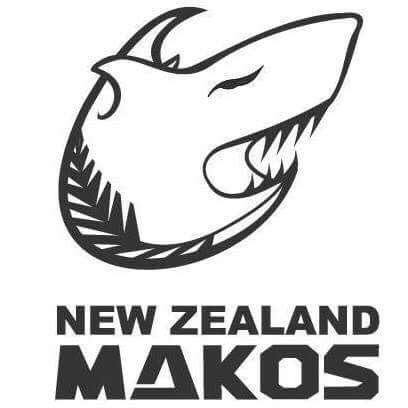 When choosing a team name, we had to find something that spoke to our nation and our mana. The Mako shark, although an abundant species in many countries, it is relatively special in Maori culture (indigenous culture of New Zealand). It embodied our team perfectly, while smaller in size compared to others, they are still vicious predators, and can move at speeds of 60 km/h and jump 7m in the air (almost). Upon arriving at the World Cup (which was eventually relocated to Miami, FL), our team stood out from the jump, with our Mako displayed proudly on our chests, dressed head to toe in black and white (our national colours – see All Blacks).

Our pre-game ritual that we performed before most games the Haka was well received at the tournament. Crowds would make their way over to our field just to see it – even though they probably had no idea what it was and why these skinny, mostly Caucasian men were dancing/chanting before playing a game. The Haka we performed was ‘Ka Mate, Ka Mate’, which was originally performed in the early 19th Century by famous Maori warrior chief Te Rauparaha of the Ngati Toa Rangatira tribe. History tells that he was fleeing an enemy tribe seeking retribution; he hid in a pit and emerged to perform this ritual as a challenge to his enemies. This Haka has since been adapted by our national Rugby Union team The All Blacks, and is performed before every game as a challenge to their opponents.

The Makos achieved some success at our first ever attempt at flag football, and although not getting the greatest result at the tournament, with wins only against Japan and South Korea – the amount that our players and coaches learnt from our opponents was immense. With Kiwi Football’s main focus to be on contact through the next few years, flag will still be a priority – and the trainings have continued since we disbanded last September. We were proud of our performance given our 5 months to learn an entirely new sport, and can definitely say we are getting better with each week.