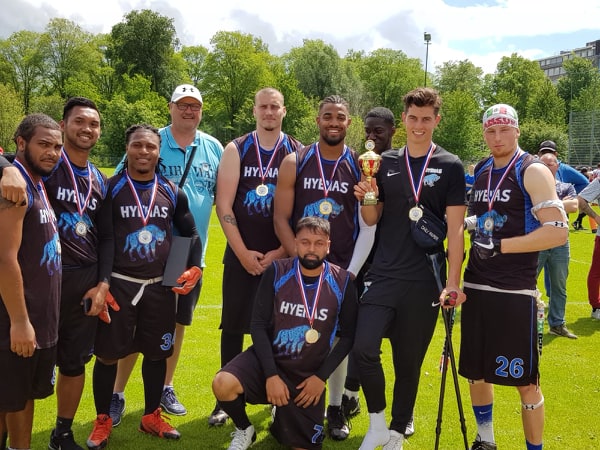 This past weekend, the Hague Hyenas made history by becoming the 10 time national champions in emphatic fashion.

This year the Dutch league moved to a traditional 20 minute timing for each half, as opposed to 15 minute quarters which was how things were previously done. As a result, we saw far less Madden-esque scorelines, but that didn’t stop the Hyenas from dominating.

Their semi-final win was 69-24 victory over the Purmerend Barbarians II, while the Groningen Giants put up a little bit more resistance in the final, but ultimately lost 55-19.

The MVP of the finals was none other than Sidney Nepromucena (#34). Suiting up at both RB and blitzer, his timely sacks were a big reason the Hyenas were so comfortable in both of their victories!

Congratulations Hyenas! Can they be stopped?