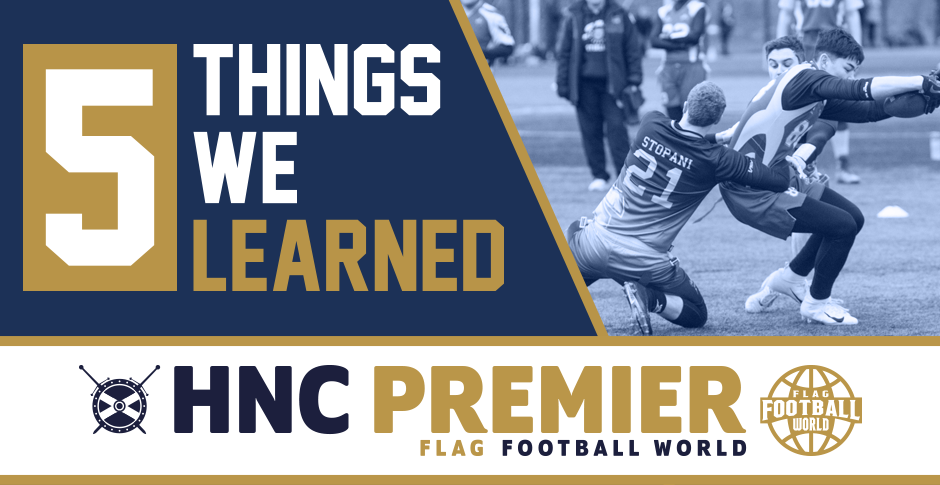 The Grangemouth Broncos have continued to prove they are the class of the HNC after five more wins on the spin for the Falkirk side.

In the first set of games in Glasgow, two dominant wins over the Honey Badgers and Revolution were followed by a squeaky victory over the Manchester Crows. The Crows are in the ascendancy, as proven by some of their results in the past few weeks, but the manner of the victory might give us some room for doubt regarding the current HNC leaders. The Broncos lost star receiver Callum Woods and safety extraordinaire Liam Fleming for stretches of the contest, which coincided with the Crows being allowed back into the game. Without their top guys, the Broncos certainly look vulnerable, with them they look almost unstoppable. Health will play a big part in the Broncos’ title bid.

The Crows had the game tying score in their hands, but an outstanding play by fill-in safety Luke Morrice made sure the ball fell harmlessly to the turf. An interception by Liam Fleming on fourth down will earn the plaudits, but Luke’s play on third down was the decisive moment in this game. 19-13 was the final score.

In Manchester, it was far more smooth sailing, as the Broncos coasted to two wins without the aforementioned Liam Fleming and Kevin Woods.

The Broncos can seal up the division with a an undefeated game-day in Caregnie.

The Aberdeen Oilcats went into the cross-conference games all the momentum in the world. Their statement win over the Hornets was followed up with two commanding conquests over the Manchester Titans and Sheffield Vipers. But that’s where the joy ended.

On a horrible, rainy day in Manchester, the depth of the Oilcats was seriously tested as they entered the day without stand-in QB Gary Elliot and star WR Greg Sim. The lack of firepower was too much, as the Oilcats succumbed to a shock loss to the Warrington Revolution and drew with the Nottingham Honey Badgers.

They lost, somewhat predictably, to the Manchester Crows also, but coming away from Manchester winless has now let the Hornets creep back in to second place in the division.

Generally speaking, a home game-day is a chance for the hosting side to really send a loud and clear message to the rest of the league. After the game-day in Glasgow, the Hornets declared the following – “We’re a mess.”

After looking invincible in regular season play for the past few seasons, they were soundly defeated by a red-hot Manchester Crows team. A shocking defensive effort in the first half was followed by an error-strewn offensive display in the second, allowing the Crows to snatch a 39-33 victory. The scoreline arguably flattered the Hornets.

From then on, it’s been a little bit better from the Hornets. They’ve by no means hit the lofty standards they’ve set in the past, but four wins, coupled with the Aberdeen performance in Manchester, has them a half-game ahead of the Oilcats. In difficult conditions when visiting the Titans they took home a 33-28 win, the game was somewhat more comfortable than the scoreline would suggest.

They’re still a far cry from their full power, but the Hornets might just be getting things right at the best time of the year. We’ll find out in Carnegie…

Based on cross-divisional play, we must have just witnessed the awakening of a potential playoff candidate we didn’t predict. Sure, we thought they’d stay out of reach of the relegation places, but we didn’t expect Carnegie to be quite this excellent.

They were the big winners of the cross-conference games – going 4-1, as a last-second, single point loss to the Manchester Titans is the only slight blip in their performance.

In Manchester, they looked a cut above the MEC sides, including a 43-36 win over the Crows which gave them an undefeated day.

Suddenly, they’re a game behind the Hornets, and a half-game behind the Oilcats. Could we see Carnegie vaulted into a playoff spot after their next set of hosting duties?

Here we go again – it’s going to come down to an all-or-nothing showdown between the Edinburgh Outlaws and Inverclyde Comets to see who can stave off automatic relegation. After having the advantage, the Comets have slipped a half-game behind the Outlaws, who picked up a valuable draw against the Manchester Crows.

The gunslinging Outlaws seriously shot themselves in the foot though – an unbelievable 39-28 win over a disappointing Manchester Titans team meant little after they couldn’t defeat the Sheffield Vipers on home soil.

Meanwhile, the Comets have that 13-6 win over the Outlaws to lean on should it come down to head-to-head. They meet on the 30th in Carnegie.