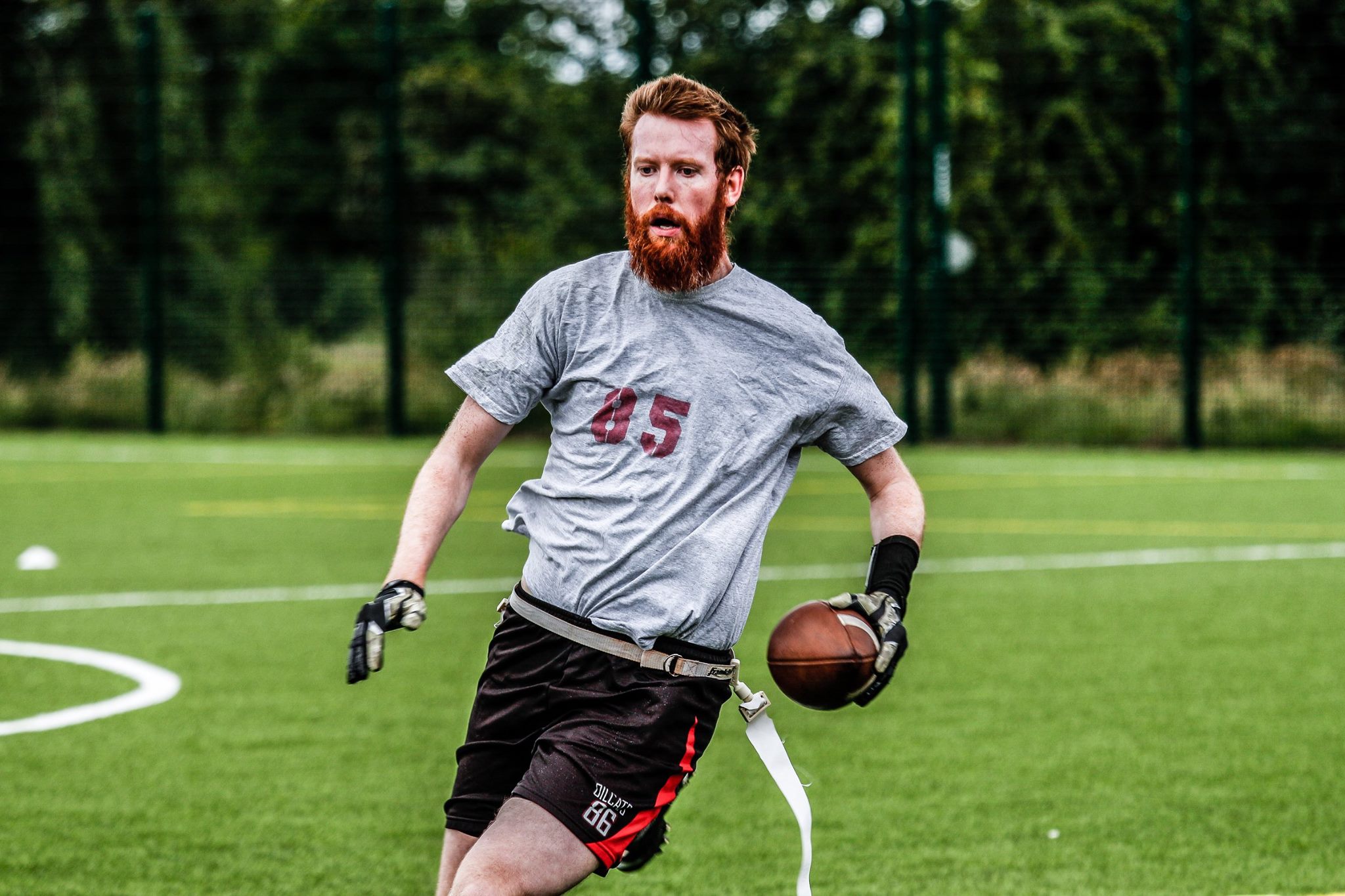 Gary Elliot wins our HNC Offensive Player of the Year award! Admittedly, Gary had this sewn up long ago it felt, however he was made to work for his title. The Oilcat has been utterly dominant this year, with a ridiculous TD output. As Gary goes, so do the Oilcats. Gary is rarely slowed down no matter what defence is in front of him, as he picked up multiple scores against the feared Broncos and Hornets defence. We spoke to Glasgow Hornets defensive captain Andrew Gibson about what it’s like to go up against the GB star:

It’s a complete cliché, but Gary is a threat no matter where he is on the field. There’s not many players you have to adjust everything on your defence, but Gary is one of those guys. People might over simplify his game to his physical attributes, but you won’t meet many players more driven or savvy than Gary. He’s not afraid to be the focal point of the team, and even goes under centre when he feels he’s spotted something he can expose. The Oilcats’ offence and Hornets’ defence have had some epic tussles in the past few years, and we know the only chance of success isn’t necessarily to stop Gary, because that’s pretty much impossible! You can only hope to contain him! I’ve had the pleasure of playing against and with Gary, and I am not surprised in the least that he’s wound up Offensive Player of the Year!

Congratulations to Gary on his award winning season!

Craig Murray comes second in the league for offensive players, as the young Dragon had his best season of his short career so far. We touted Craig as a player to watch and he did not disappoint. He’s a rangy athlete who has great speed and hands, and that combination wins him a lot of one-on-one battles. If the Dragons are to go far in the playoffs, it’ll be in large part due to the play of Craig.

When the Hornets acquired Julian Holburn-White last season, the rest of the HNC took notice. Julian was already a productive player for the Carnegie Steelers, but the stud WR has become a GB level talent with the Hornets. He’s been a reliable target for the Glasgow squad all year, and to the dismay of the other teams in the HNC, seems to be getting better every year.

Julian’s partner in crime lands just behind his teammate, but Grant McLennan is no less valuable to the Hornets. The former Kirkcaldy Bull runs arguably some of the best routes around, and has some of the safest hands in the league. Despite having played longer than some of his peers have been alive (27 years!), he shows no signs of slowing down.

Callum Woods winds up the most productive member of the Broncos’ insanely talented receiving corps. Operating mostly from the centre position, Callum presents a match-up nightmare for any defence as his speed and precise route running gives him separation in short spaces. He’s also elusive with the ball in his hands, and deservedly finds himself in the top 5 offensive players in the HNC.