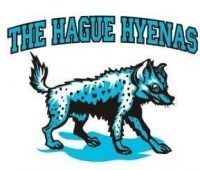 The 8 year back to back champions Den Haag Hyena’s continued to steam roll their way through the season with a 157-0 assault on the Amersfoort Untouchables.  The Hyenas who represent 70% of the Dutch national squad are ex Big Bowl champs and have placed in the top 5 in several European tournaments.

The Hyena’s path to the title looks to have been made even easier due to the pull out of the Utrecht Dominators who have decided to concentrate on international tournaments. The league system which normally has 8 teams has changed to a February – July term from the original September – July which has proved unpopular with most teams including the Dominators.