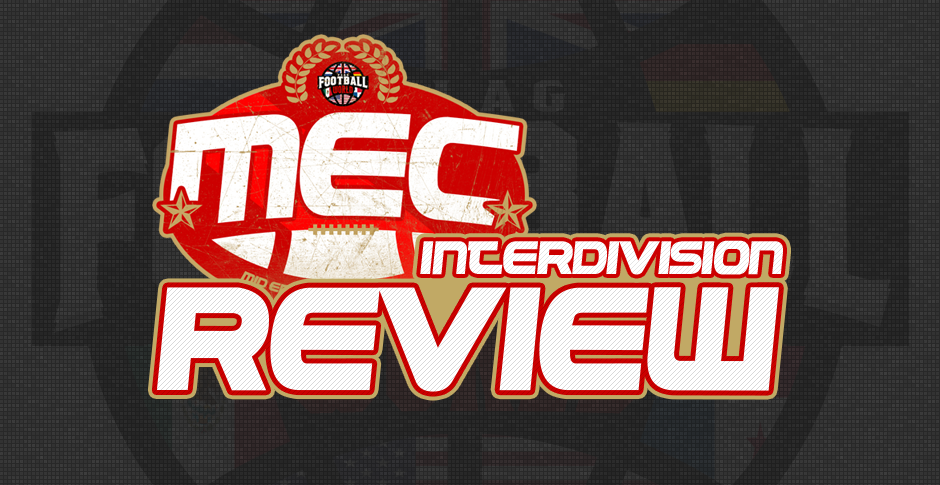 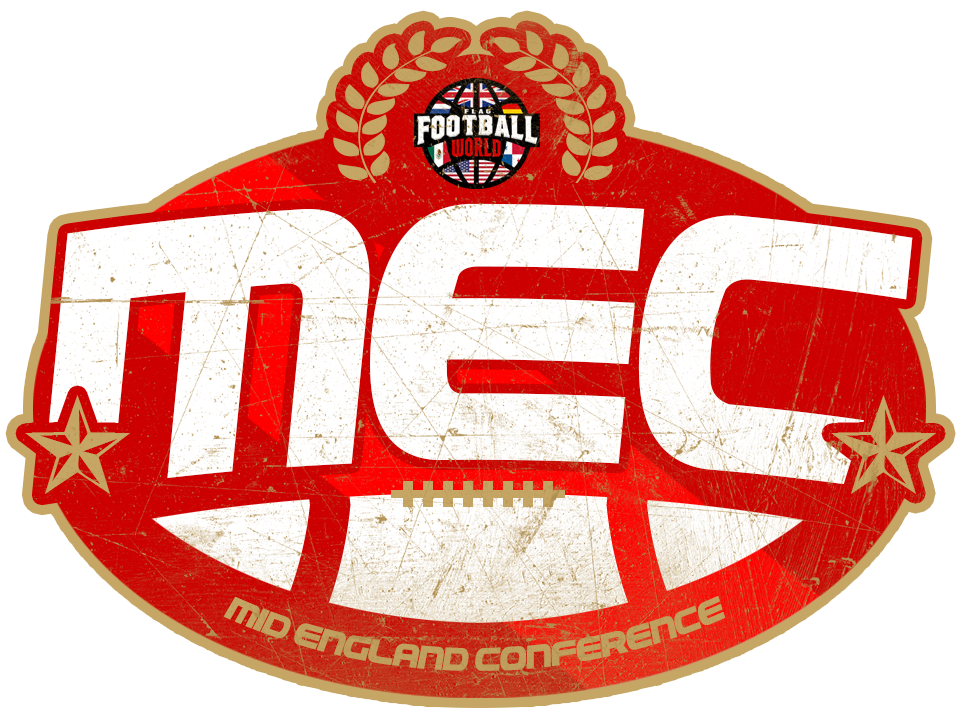 Leeds would play host to a huge day of MEC Interdivision action, as two undefeated teams would face off on the day, and only one would leave unscathed.

After a strong performance in the first game week, it was a much changed Warhawks squad in Leeds that faced the Blackhawks. With several key players not present, the Warhawks had to make a change at QB with Ben Gallagher stepping into the starting role. The Blackhawks got off to a quick start, with scores from Mantas Ceckauskas and Mike Dunn. The Warhawks managed to move the ball well early on through a combination of short passes, missed tackles and the elusive running of Stephen Woods. However the return of key blitzer Phil Watson from injury continually disrupted the Warhawks rhythm. As the game progressed, the Blackhawks were able to keep scoring in what ended up a comfortable win for the Newcastle side. Game ball goes to Mike Dunn for another impressive outing with 3 TDs and 3 XPs

The Titans would look to continue their fine form displayed in week one, where they looked like the class of the MEC Central. Their opening joust against the hosting Samurai would be a tough challenge, but the Leeds outfit would be unable to stop the Alan Mead to David McInally connection. The Titans looked comfortable and held a 28-6 lead at the interval and coasted to a 48-18 victory. Our game ball goes to Alan Mead, who controlled the game from start to finish to pick up a big win for the Manchester side.

After a comprehensive display against the Leeds Samurai, the undefeated Titans faced the Sheffield Vipers. Sheffield saw the return of James Cooper to the starting QB role. However, they were without key jack-of-all trades player Keith Woodley. In a back and forth first half, the Vipers were in control, driving down the field with a 14-7 lead. On the last play of the half, James looked for Luke Bennett in the endzone. The pass came up short, and was picked off by Rick McEwen who managed to weave the length of the field for the score. In a tense second half, both teams exchanged scores, with the game tied up at 27-27 entering the final 5 minutes. The Titans scored and converted the extra point to make it 34-27. In a well-orchestrated drive, the Vipers drove down the field, scoring a touchdown. In a potentially questionable call, the Vipers elected to go for the tie with a 1-point conversion attempt. However, it was batted down by the Titans in what proved to be the game of the day. McEwen takes the game ball for his incredible interception return

This matchup started promisingly for the Blackhawks, scoring on their first drive. However, it proved to be a frustrating match for both teams, with neither able to find their groove on offence. Newcastle QB Ewan Miller threw interceptions on three successive drives in the first half, while the Honey Badgers were plagued by drops. In the second half, the Honey Badgers took the lead 13-7, with key TD throws from QB Simon Denning. The Blackhawks managed to orchestrate a drive on offence that culminated in a touchdown and a fantastic catch in the corner for the XP from Alan Bartholomew. The Honey Badgers came incredibly close to taking the lead, but a tip from Chris Taylor and an interception from Mantas Ceckauskas sealed the win. Alan Bartholomew takes the game ball here for his key TD and XP.

In the marquee matchup of the day, both teams entered undefeated. The start did not disappoint, with both teams trading blows on their first two drives to be tied up at 13-13, with Titans QB Alan Mead making good use of WR David McInally on slants and quick hitches. From there, the Blackhawks defence adapted to what the Titans were doing well, with the Blackhawks adding two more scores to finish the half 26-13. The Blackhawks continued their good form on offence into the second half marching down the field using short passes. A late score from the McInally for the Titans proved to be too little too late. Game ball goes to Mantas Ceckauskas for his 4 TD performance, including an incredible toe tap grab in the back of the endzone.

The Samurai would look to keep pace with the Vipers, but were unable to do so, as the playoff outfit from last season showed their class in a comfortable performance. Shane Winterburn snagged a pick six to extend the Viper’s advantage, as rookie Steph Don also grabbed herself an interception in traffic, as she wrestled the ball away from a Samurai receiver. While the result was never in doubt, our game ball goes to James Cooper for his good performance on the day, despite injury.

The other results on the day are below. While we do not have comprehensive reviews of these games, we endeavour to have all stats uploaded as soon as possible on the respective pages.

For all the latest standings, visit our MEC hub!