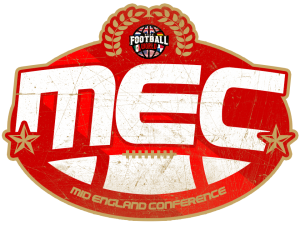 With the high scoring in the MEC, we saw some impressive output from some of the early leaders for the Offensive Player of the Year award come forward. Here’s how the top 5 looks;

Josh lived up to our hype in week one with a sensational 10 TDs in three games. Granted, he was one of the only recognisable face in the Giants line up, but that would only have meant more attention from opposing defences, who could do little to stop the Josh. What concerns us about Josh’s chances in this award is how many players are breathing down his neck, as some real challenges came forward. Including…

Chris was one of two players to catch TDs for the Warhawks, but we’ll come to the other player later. Chris put up a monstrous 8 TD and 4 XPs in three games, two of which were in losing efforts. With the defences in the MEC Central struggling to contain anyone, we might see Chris rocket up our list as the season progresses. Teams will be locked in high scoring affairs, which players like Chris can thrive in.

David suits up for his debut season with the Titans this year, but he is by no means a rookie. David formerly played for the Glasgow Tigers at junior level, while also featuring for the Kirkcaldy Bulls at times. He has excellent hands and speed to burn, while also being elusive with the ball in his hands. He shocked the MEC Central teams he faced, forcing some defences to scramble to counter the threat. They didn’t, as the Titans went 3-0 as David helped himself to 8 TDs and 4 XPs. Not a bad debut.

Mike returned to action for the Blackhawks after his spell with the Glasgow Hornets last season, much to the delight of the Blackhawks. A few years ago, Mike was a good centre with an excellent pair of hands and an ability to make people miss. Now, through his own hard work, Mike has added potent speed and a better understanding of the game to his arsenal. He scored 8 TDs in his first games back as a Blackhawk, and we expect to see his name here most of the season as the Newcastle squad push for the playoffs.

Danny, much like his teammate Chris, ran the show for the Warhawks, as both players combined for all of the Warhawks TDs in their opening day. Danny has previously suited up for the Manchester Titans, while also being a part of the USA Mayhem squad, who terrorise opposition at invitational tournaments. Danny has great speed and put it to good use in week one, as he scored 7 TDs and 2 XPs.

While his teammate David took the spotlight in week one, Jay put in another typically excellent display, finishing with 6 TDs and 3 XPs of his own. Jay also pitched in on defence for the Titans as they celebrating a 3-0 day in the MEC Central. With the fine form of QB Alan Mead, Jay will have plenty of opportunities to climb our leader-board as the season wears on.