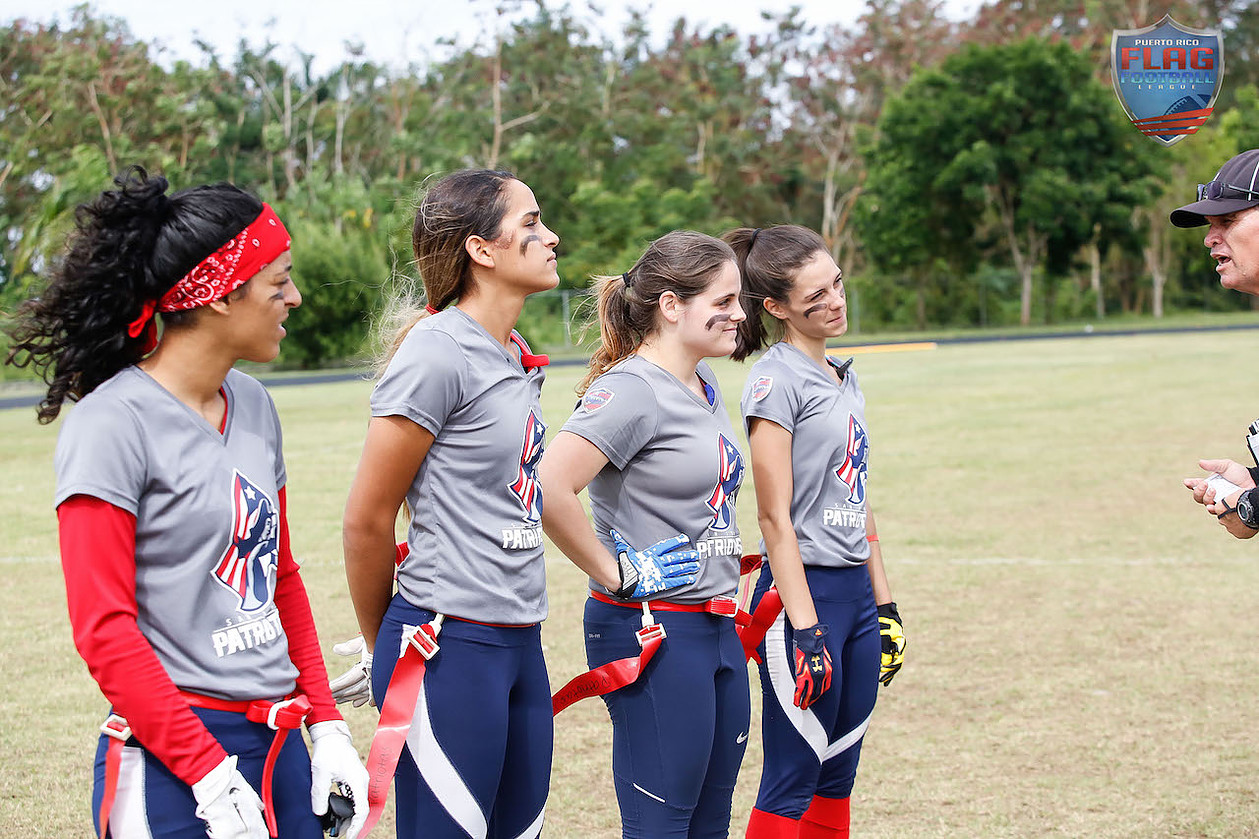 With Flag Football continuing its growth it is estimated that there are 4 Million players in the United States alone, yet only around half a million registered players for the rest of the world.  One of the countries trying to change that is Puerto Rico, who are trying to grow the sport as well as aiming to host the next World Cup.  To find out a little more on the league we spoke to Carib Hernandez from one of the founding teams, the San Juan Patriotas.

Flag football has not been around long in Puerto Rico but seems to be growing quickly. Can you tell us about this growth?

The Flag Football community is growing larger year by year. In 2012 there were only 4 people playing Flag Football; fast forward 5 years and there are more than 600 players registered in the country.

Can you give us some background about the league and how they started?

In 2014 I decided to start the Flag Football Federation and created a Draft with the first 36 players.  We decided to divide the league into 4 teams with 9 players on each team.

You are associated with the Patriotas, how did the name come about?

It was a concept between the love of my Country and the flag that represents it as well as my love for Tom Brady.

Can you tell us about the league and tournaments that the Patriotas participate in?

We participate in 2 seasons which span for 18 weeks each as well as 1 international PR tournament and a 2 week beach tournament.

What has been the team’s biggest achievement to date?

There is still a stigma attached to women in Puerto Rico, thus the league set up has proved to our society that woman can play the sport and play it well!

Who are the Patriotas biggest rivals in the league?

Team Isleñas de Cataño, so far this season it is very close with them currently 8-0 and we are 8-1.

Is there any sponsorship for the team or the league?

Unfortunately no, we do not receive much support so everything comes from our own pockets.

For us it is more about core values such as unions, family, commitment, discipline, respect, and always be on time.

Do any players represent the National team? If so, how are players selected?

Half of the team is currently part of the national team.  The process is done through stats and voting by team coaches.

If you would like to keep up with the Patriotas or find out some more you can visit them on there Facebook San Juan Patriotas or their main page Puerto Rico Flag Football Federation.

Thanks Carib! And good luck with your season!

One thought on “Meet the Patriotas”