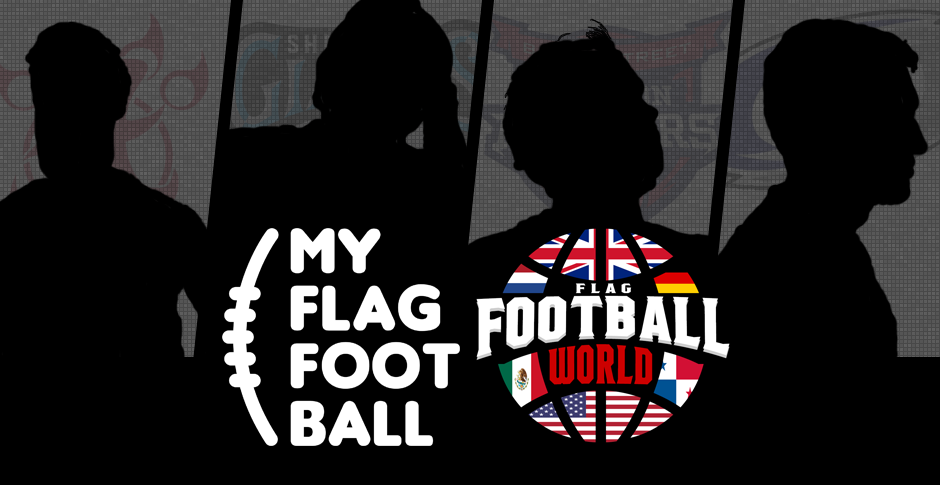 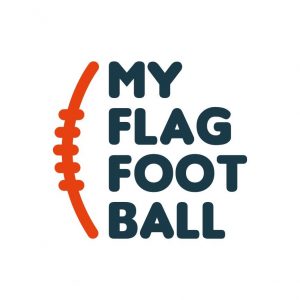 At the end of the season, we reached out to all teams and asked them to cast their votes for their MVP from their own conference. We received an overwhelming response and are delighted to name the winners for each conference here here! In partnership with My Flag Football each winner will receive a pair of their own custom flags. 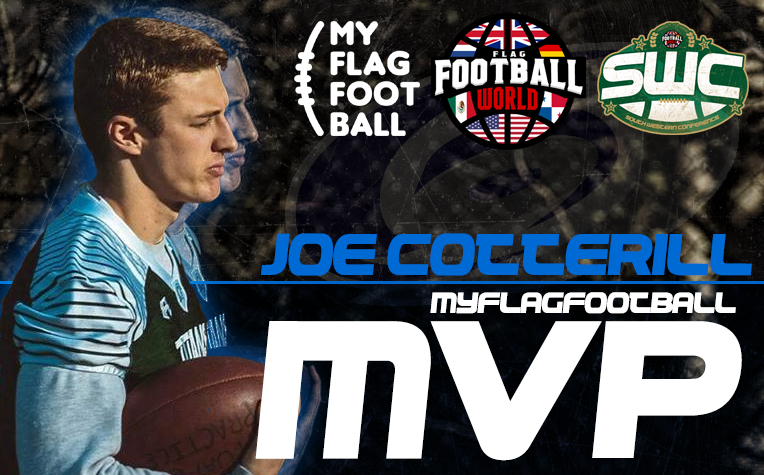 Joe wins a close battle, with 9 well deserved nods from his conference-mates, and has earned the My Flag Football SWC MVP Award! Joe’s influence on the Hurricanes is invaluable. His true worth maybe best shown when he was missing, as the Hurricanes’ season was cut short after knocked out of the playoffs by the Birmingham Lions. Joe found himself sidelined for this contest, and could well have made all the difference. In the regular season fixture, Joe was pivotal in handing the Lions their only regular season loss in a 31-7 victory. Joe snagged three interceptions that day to lead his team to a huge victory. Joe was electric all season, and thoroughly deserves his award. 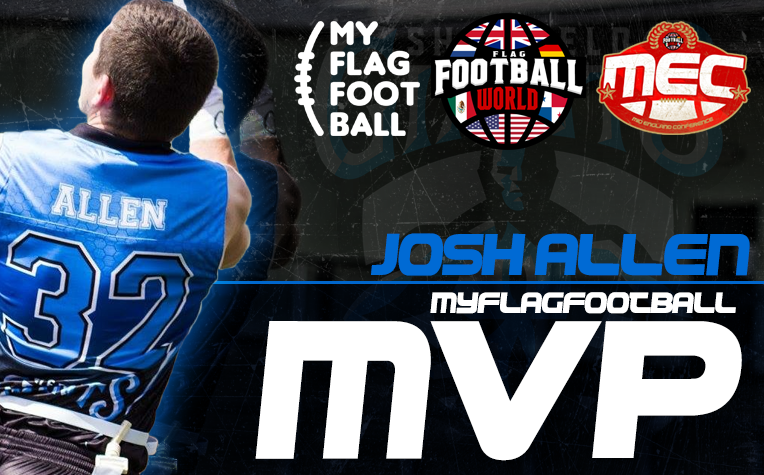 Our winner of the inaugural My Flag Football MEC MVP award is Josh Allen! Josh has been in splendid form all season, and also picked up our MEC OPOTY award. He was productive on the stat sheets, and earned the respect of  his opposition, as they voted for him to take home the distinction. Josh might not cut the imposing figure on the field, but he has speed to burn and a great understanding of the offence he’s a part of. Statistically, he was a monster, averaging just under 2.5 TDs per game. When the lights were brightest, Josh excelled. In the Northern Playoffs, Josh made significant impact, scoring two deep TDs, and snagging three interceptions to kill the game and help the Giants advance over the Edinburgh Outlaws. In their final game against the Blackhawks, Josh added another TD and 2 huge interceptions to propel the Giants to Britbowl, where he was again decisive as the Giants finished third overall. 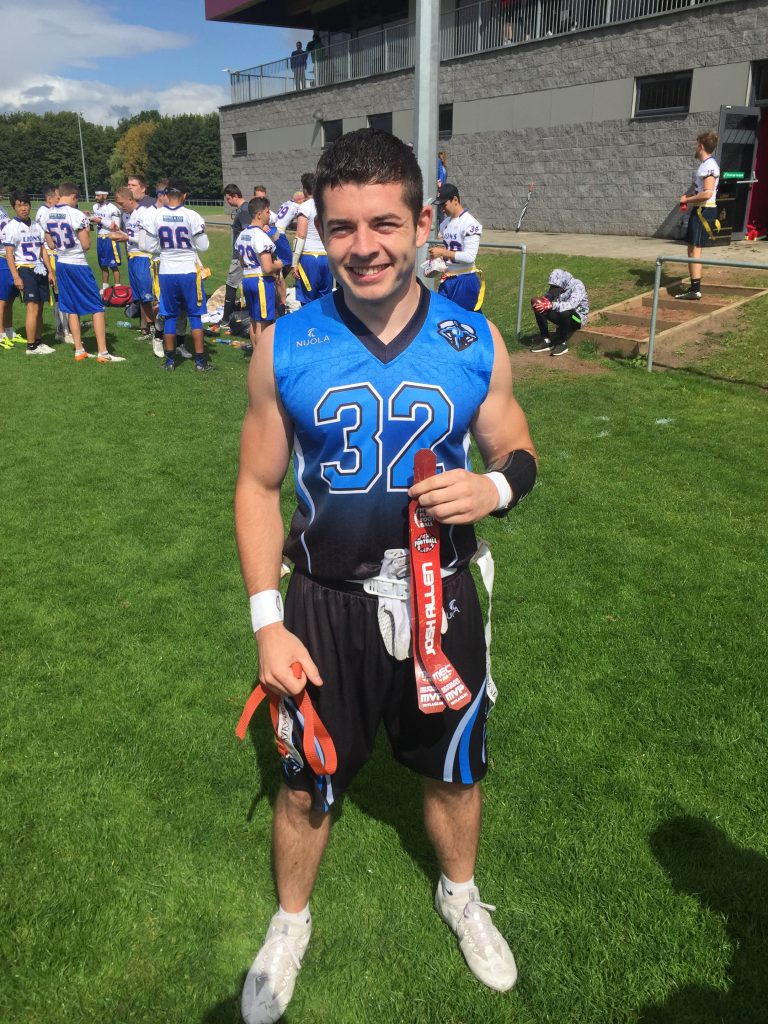 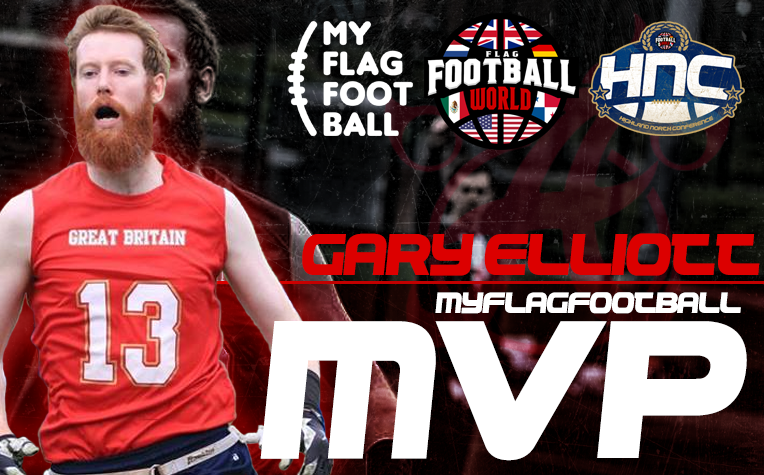 Unsurprisingly, Gary ran away with this voting race. He’s a huge presence on the field, and is undoubtedly the heart and soul of the Oilcats offence. It’d be interesting to see where the Aberdeen squad would be without him, but for now, he makes the Oilcats one of the most feared teams in the BAFA leagues. His efforts on offence, defence and even at Quarterback against the Hornets in their playoff loss this season were admirable, but it was his total and utter domination of the HNC teams that earned him our My Flag Football HNC MVP! 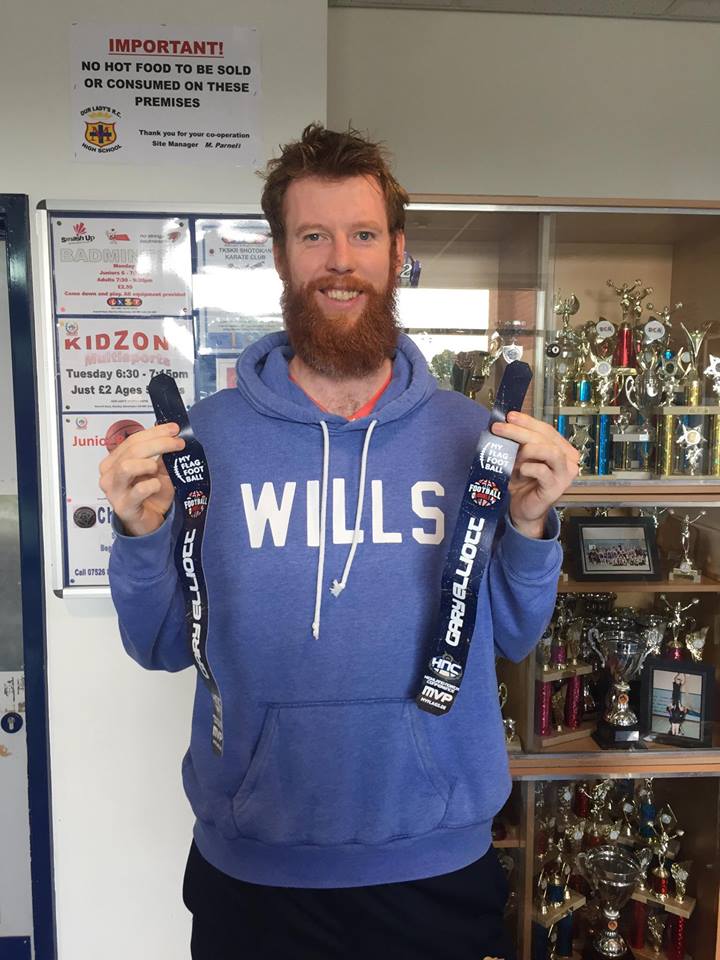 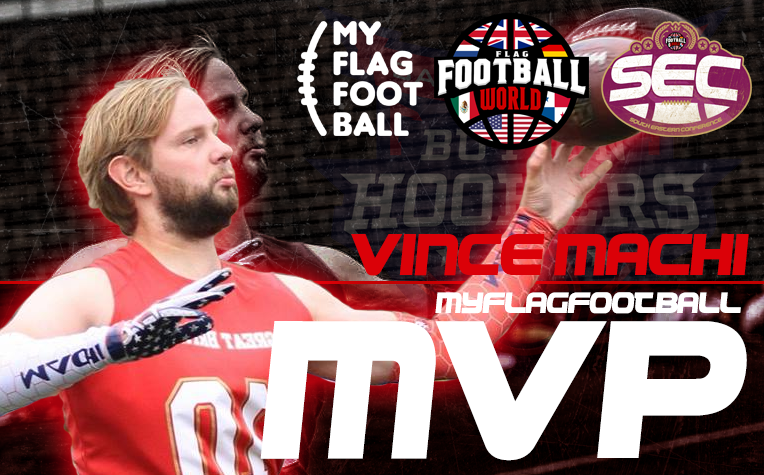 Vince and his Buttonhookers have had an incredible campaign. They started their year with a big win at Flagging New Year, and followed this up with an impressive finish at Big Bowl XI. To top it all off, they won Britbowl 2017 in their rookie season! Vince has picked up the admiration of his peers, as well as the SEC QBOTY, and now the My Flag Football SEC MVP Award! Vince is the unquestioned leader of the Baker St. Buttonhookers, and his experience and moxie provided the new kids on the block an edge against the elite competition from the BAFA leagues. On his way to the Britbowl trophy, the ‘Hookers were tested on three occasions by 2016 champs, the London Rebels. On all occasions, the Buttonhoookers came away victorious in epic encounters. In their semi-final match at Britbowl, Vince led his incredible offence to a comfortable victory over the vaunted Sheffield Giants defence. Against the Birmingham Lions in the final, Vince put on a showcase, putting up 60 points in a dominant display! 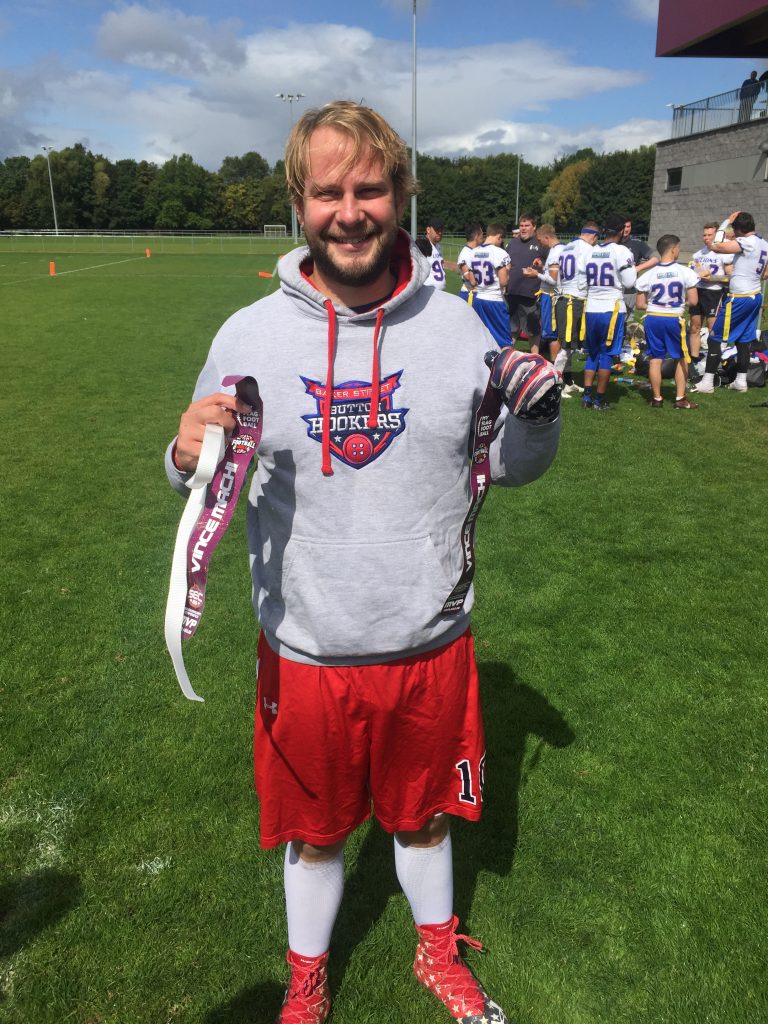 For all your customised flag football belts and flags, make sure you visit My Flag Football. Alternatively, check out their Facebook page