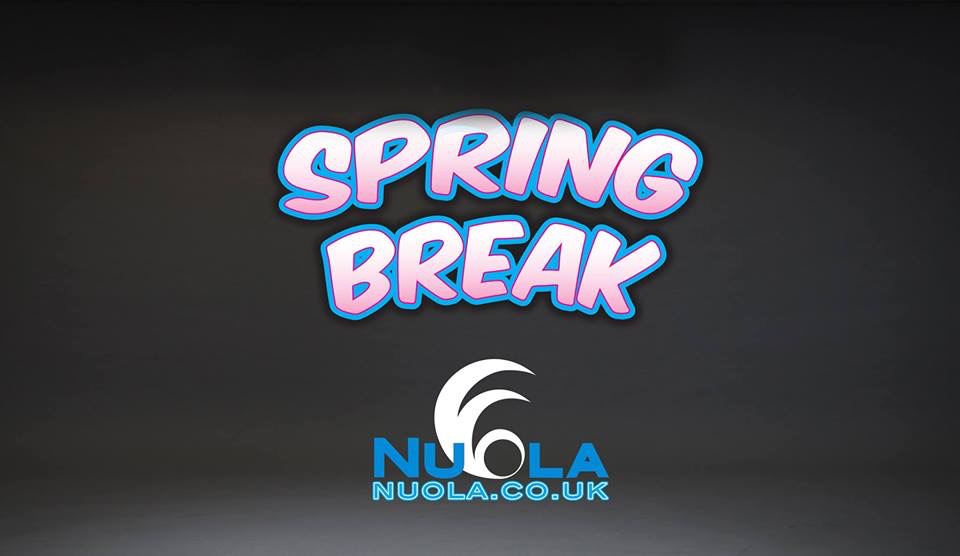 The annual NuOla Spring Break tournament took place in Coalville, Leicester on the 12th of March. Twenty teams would battle it out to see who would lift this year’s trophy, with squads from all around the UK, and the defending champion USA Mayhem, taking part. The format of the tournament featured a twelve minute running clock for each half. The early favourites for this tournament were the USA Mayhem, London Rebels, Glasgow Hornets and Birmingham Lions squads, who all looked to either repeat as tournament winners (with the Lions also having lifted the trophy two years ago) or improve on past performances.

The first round of games was a group set up, with four groups of five teams. The groups were separated into two conferences; the Halfmann and the Wymer conference. The groups were drawn as followed (the Thunderducks and Bears were late calls offs, and were replaced by the Manchester Titans and Coventry Cougars Ladies respectively):

We caught up with one half of the NuOla team, Rudi Halfmann, to get his thoughts on the tournament.

Q: How do you feel the tournament ran in comparison to other years?

A: This event was probably the best overall and ran very smoothly, thanked in part to being able to set up the pitches and all of the other posters, gazebos etc the night before. This is generally the most time consuming part.

We have run a lot of tournaments now and every time we invest in new products to hopefully make the event better every time. This time we had the large clock timer which I heard was very helpful for teams.

The facilities & staff at Newbridge were very good which helped a great deal, so we’d definitely go there again. We also had the help of Harry Sleath who was a God send. Plus the sun helped – normally when we do the Spring events in Sheffield it rains, so from now on we are basing them in Leicester!

Q: You’ve ran this tournament, and similar, for a number of years now, have you a particular favourite edition?

A: The very first one was exciting and nerve racking at the same time. With the help of Craig Henry from the Calderdale Knights and a lot of teams putting faith in us two, whom no one really knew, we provided a fun tournament that everyone enjoyed. We also promoted the event quite heavily with the involvement of Gridiron TV. So this event really put NuOla and our tournaments on the map.

Another really good event was the Summer Shield event in Leicester with the help of the Coventry Cougars. We invited teams to stay over camping and planned a festival of flag. We had over 30 teams and two large rugby pitches that were separated by a row of trees. We had teams running between the two pitches all day long and it was a tiring but fun experience. The ice challenge helped at the end of the day to cool down! Plus we know the Coventry Cougars definitely had a good time as they organised a party in the evening.

Q: You’ve also participated in Big Bowl and Flagging New Year as part of the NuOla Waves, how do you feel Spring Break compares to these tournaments, and do you draw any inspiration from these?

A: Big Bowl is immense and what they have built up over the years is great. They have a lot of people involved in making it run with ease. We have the utmost respect for them. If only they had a couple of giant clocks then it would be perfect.

The first time we went to Big Bowl we were in awe of the whole thing and speaking with Mark Barrett from the Cougars we decided to give something similar a go on a smaller scale.

We did find that at the time that offering a 2 day tournament during Summer was difficult to achieve, so we reduced it to a single day event. It maybe something we look at again in the future.

Regards Flagging New Year, the fact that it’s indoors in January was very helpful! With the ties Alan Young has to a number of teams, it was no surprise that he got so many European teams involved. We struggled with this, mainly due to the timing of our events. However, we always get excited when Bobby Black rolls into town from Germany; it’s always impressive telling venues that you have teams coming from all over England, Scotland and Germany.

In terms of comparing the tournaments, that’s for the people to decide. From our point of view, Big Bowl is the Daddy of all events and they have the resources to accommodate all of the people. Flagging New Year is still in its infancy in terms of the number of events they’ve held. We’d say that ours are well established, fun, well run and we are thankful that all teams come along and support us.

Q: You used to have a Summer/Autumn edition of the tournament; can we ask what happened to this?

A: We skipped a year from the Summer Shield as Rudi got married. It will be back and we are aiming for a Youth Tournament as well, as the kids seem a little neglected. Without them, the sport won’t flourish like it should.

Q: Finally, where can people find more information about NuOla, their products and the tournaments they run?

A: The main place to find all the latest info is facebook.com/NuOlaCustomGear as it’s a quick an easy way to keep our fans in the loop. We like to answer messages as soon as possible so we can supply people their custom made items as soon as possible. Don’t forget to like the page to get updates on the latest designs and tournaments.

The group stages went largely as expected, with few upsets occurring. The eyebrow raising result however occurred in Group 4, as the Coventry Cougars scored an unlikely victory over the former champions, the Birmingham Lions. The tournament then progressed into a straight knock-out format. Below are the results for the round of 16 –

The Newcastle Blackhawks, a playoff team from a year ago, were an early casualty after falling just short of toppling the USA Mayhem team. They fell victim to the running clock format, as the struggled to co-ordinate their final drive in order to tie the game. Another shock occurred when the Coventry Cougars defeated the last year’s #4 team in the UK, the Victoria Park Panthers. The Cougars executed their short passing game to great effect, and used their speed and elusiveness to score an impressive victory.

The quarterfinals however saw some heavyweights begin to fall. The Sheffield Vipers scored an impressive 20-14 victory over an under-strength London Rebels squad, while the Cougars repeated the feat and ousted the Birmingham Lions 28-14. Elsewhere the Glasgow Hornets maintained their fine form with a 19-0 victory over the Aylesbury Vale Spartans, and the Mayhem continued their march to the final with a nail-biting 19-13 overtime victory over the Reading Lions.

The semi-finals stage brought the Glasgow Hornets on a collision course with the Cinderella story of the tournament, the Coventry Cougars. The magic ran out however, as the Hornets comprehensively held the Cougars in check, with effective tackling, preventing the Cougars from securing any significant yards after the catch. The Hornets walked away with a 26-7 victory. The Vipers could not match the USA Mayhem, as they fell 33-0, and we were on for a repeat of last year’s final.

In last year’s final, this game literally came down to whoever held the ball last, as neither defence could pull off a stop. The script was flipped in this year’s edition however, as the Hornets broke the game open with an early score (Alan Young to Callum Bell) and goal-line interception from Cameron Shaw.

The Mayhem’s deep passing had some success against the Hornets, however they remained disciplined and made a number of important tackles. A late score in the first half from Julian Holburn-White, who tipped the ball into his own grasp, gave the Hornets a 13-9 lead at the interval. Another stop occurred for the Hornets, who took command of the game through a long TD pass to Grant McLennan. The XP was missed however, and the Mayhem swiftly marched down the field to bring the game within one score again. After a long run from Nicky Farrell to set up a 3rd and short situation just before the halfway-line, the Hornets reverted to a short passing game in order to run the clock down. On 4th down and goal with under two minutes to go, Alan Young found Callum Bell in the back of the end zone again for the final nail in the coffin. The Mayhem tacked on a final TD to get within a score again, but their efforts were too late, and the Hornets were victorious!

The tournament MVP was Grant McLennan. Grant had terrific performances at both safety and WR for the Hornets. We spoke to Grant post-tournament about how he felt the day went:

Q: Congratulations on your MVP award! How did you enjoy the tournament overall?

A: Thank you. The tournament was fantastic and extremely well run. To fit in 4 pitches and have them all running at once and also run on time is no easy task. I think Big Bowl sets the bar for how tournaments should be run and NuOla have got it down to a tee.

Q: Many teams use these invitational tournaments as tune-ups for the season. Do you feel this benefits their preparation?

A: Definitely. It lets teams try out new plays and also new players. Tournaments like NuOla give that extra edge to push players that friendly games may lack.

Q: You’ve participated in a number of European tournaments, how does Spring Break compare?

A: I think the big difference is the level of teams that you play. Touching on Big Bowl again they have 50+ teams from all over the world so playing any team regarded as a top 20 is going to be tough. That’s a pretty hard tournament to follow. Saying that I’m not taking anything away from NuOla, the tournament pulls in some big guns that make some great matchups. 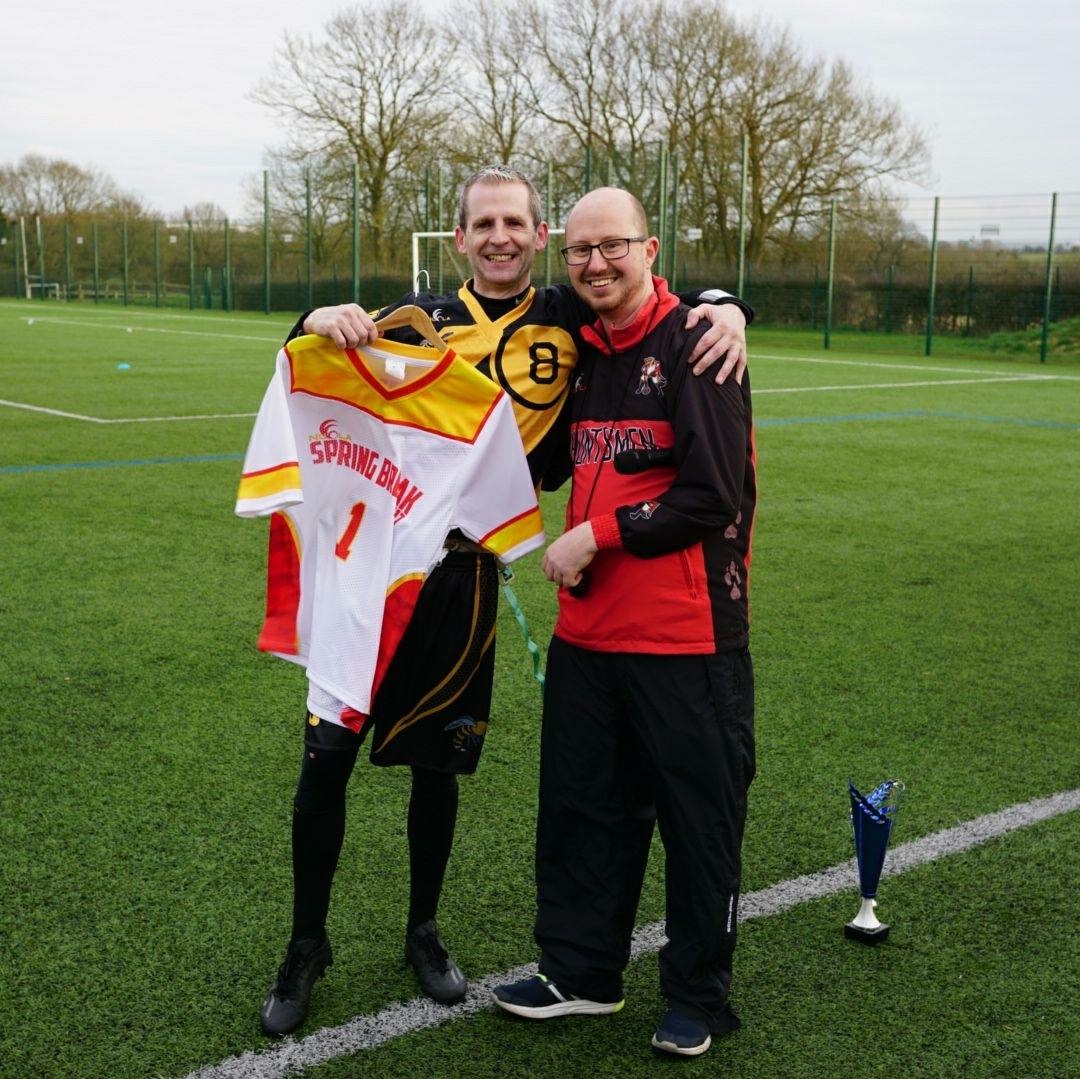