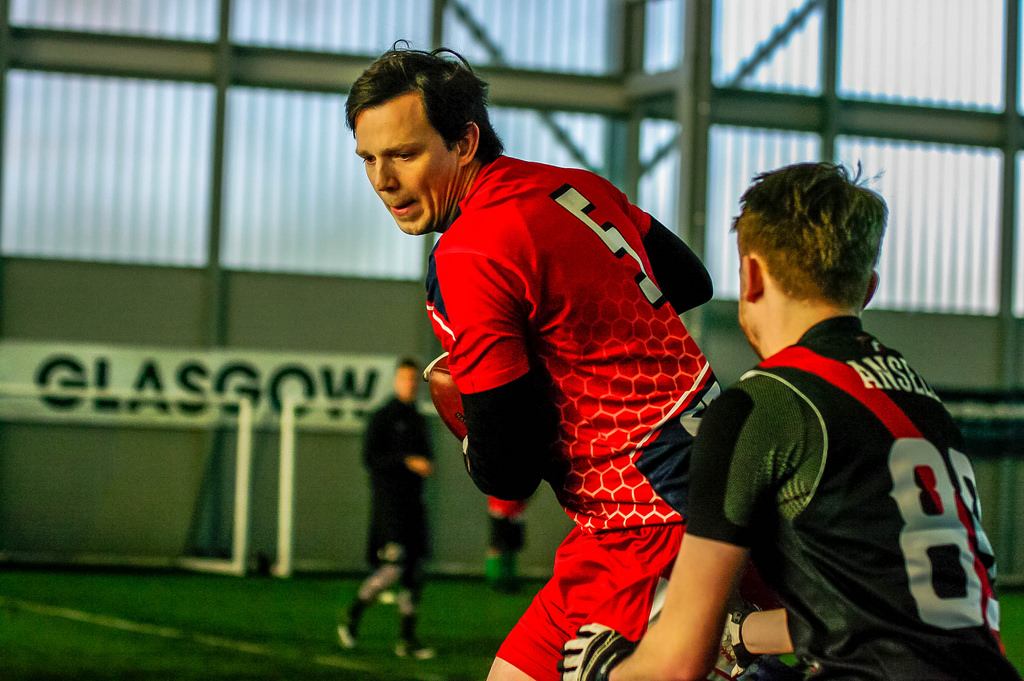 Similar to our QB competition, we at FFW decided to throw some love at those catching the passes from the QBs. From taking a short pass, to making those sensational one handed grabs over three defenders, all playmakers will be looking to make an impression on our table. Here’s how the scoring works;

Here’s some players we feel could do well in this category and might continue to stay in the running:

Kenny is a speed demon with wicked hands (hello UK Dukes). Running precise routes and burning down the field, Kenny sees a lot of attention from his QB, and for these reasons, we feel he could win this award.

You won’t miss Gary on the field, he’s the really tall one who just made your star safety look like a toddler. Gary’s physical gifts are only accentuated by his incredible understanding of the game. The only thing holding Gary back is his occasional time spent at QB for the Oilcats…

Grant has become a bit of a league favourite over the past few years. The former Kirkcaldy Bull now suits up for the Glasgow Hornets, but don’t let the grey hair fool you, he can tear your defence apart with one head-fake or hard step. Grant’s greatest attribute is his route running and elusiveness with the ball in his hands. He could capture this prize, however there are a lot of mouths to feed in Glasgow, which could limit his output.

Josh is a strong candidate to win this designation with his blazing speed and excellent hands. Josh was a star in the 2015 season and has looked sharp as ever at recent GB training camps. Josh is a threat out of the backfield as well as a receiver, which makes him a very versatile option for the Giants offence.

Carl is tall, mobile and can catch very well.  With Vince throwing to him, he may be the most lethal threat in the league.  The Glasgow Hornets found this out to their detriment at Flagging New Year. He faces some tough defences in the SEC however…
3 Relieve Pain

Tension and spewing BUYCBDPRODUCTS.COM is believed to