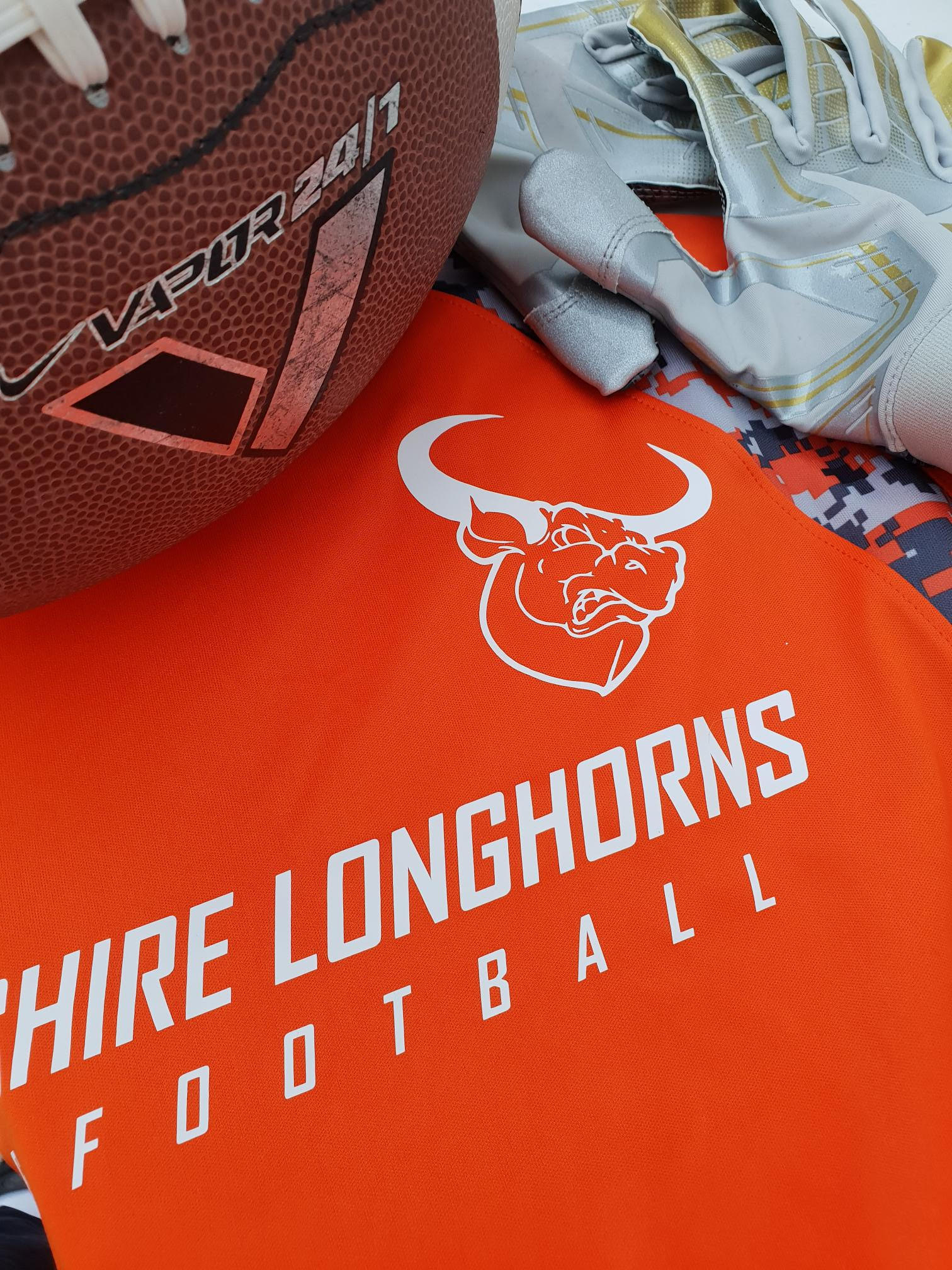 Team Profile
28th February 201928th February 2019 Author 0 Comments BAFA, Highlight, Lincolnshire Longhorns, One for the Future, UK
In our continued coverage into the sides taking their first strides into the BAFA leagues, we turn our attention to the Lincolnshire Longhorns! They’ll be taking part in the South East A division within Division One! We caught up with Cameron and Phil from the Lincolnshire side for their side’s story so far!

Thanks for your time today Phil and Cameron! Congratulations on making it through the affiliate process! Can you let us know about the Longhorns and how they started?

The team had a rather inconspicuous start. I wasn’t in a position work-wise to play contact anymore. I had some previous experience in flag several years ago for a one off season when the Burnley Tornados played. I knew Phil on the grapevine as we’d briefly spoken in May 2017 about the possibility of starting a flag team in Lincolnshire – but life got in the way. So May of last year we got together and slowly but surely we grew. So from May to November we managed to play the required games and satisfy the Affiliate process – which we’re rather happy with

How have you found the affiliate process itself?

The process itself was fine. We understand why such control have been put in place in order to prevent teams dropping out mid-season. Due to not being formed until May, we had to get it all in by the 11th November deadline. But that was managed thanks to guys like Rudi from the Roosters and Neil from the Huntsmen.

Have you had much help from the BAFA flag community to date?

The community are really active on Facebook and its good to see that the sport has people that are dedicated to it in all areas.

You’ll have had some good games under your belt already – do you have any highlights?

Our first game against Rotherham that we won was a pretty good starter (don’t worry they got us back on the second leg!), and a respectable performance against the very experienced Manchester Titans allowed us real hope going forward. I think the particular highlight has to be our last game against the Huntsmen where we overturned a 19 point deficit t win by 1 with 0:04 left on the clock. As an inexperienced team formed mainly of rookies, that turnaround showed some real grit.

What are the Longhorns’ plans going forward? Do you have any aims for your first season in the league?

We have internal aims with how we want to perform and how we expect to perform of course. We are a big believer in ensuring that we remember the reason we play this sport is to enjoy ourselves. Yes we play to win, but we also know that none of us are going to end up in the NFL anytime soon – so for us the enjoyment is key.

With the schedule and divisions now released, do you have any games that you’re looking forward to in particular?

We’re excited to play anyone and everyone. Only one of us has played in this particular conference before, so it’s new to the vast majority.

Are there any players in your midst that we should look out for?

Haha, we certainly have a couple. We’ve got a couple of ex-kitted players who still have one or two moves in their repertoire, along with some guys who are new to the UK flag scene. Either way we’re very much a team and we play well together. I can honestly say that there’s not one person who would be our superstar as we’ve got such a variety of backgrounds and skills, which is probably for the best!

Are you planning on entering any extra invitational tournaments? Will we see the Longhorns in Europe soon?

We’re always up for additional tournaments. Europe is certainly something we’ll look at in the future but our focus now is the upcoming season here and ensuring that we enjoy ourselves in the process.

How can people get involved in the Longhorns? (this is where you plug your social media, training and website!)