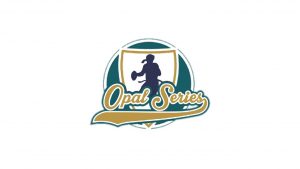 Now that we’ve previewed the teams involved in the Opal Series, it’s time to name some winners of the awesome contests we have to look forward to! We’ve got a Northern and Southern correspondent in to give their thoughts on the chances of the teams from their conference.

N: The Buccaneers have a lot to be proud of from this year, they were a bit of a punching bag last year, picking up one win and giving up 322 points in the process, good for the third worst in the league. They’ve improved drastically in this department, now sitting with a top 5 defence heading into the playoffs. Their offence is interesting, shifting personnel frequently to keep their legs fresh and their opposition off balance.

They’ve definitely got an uphill battle here though. The Renegades are probably unlike anything the Buccs have seen in the North. The teams in the North are almost exclusively well-drilled teams who execute to a high quality. Not many teams can boast the athletes that the Renegades have in their midst. I’ve got the Renegades taking this one comfortably.

S:  Beware the trap game. HPR are riding high and could be looking at this as a warm-up to a tough Semi-finals match. However, Chorley have strung some good results together this season and are in the playoffs for a reason. Both teams will be making their Opal playoff debuts so we expect to see nervous excitement from both sides. If HPR comes out strong from the outset, then Chorley probably won’t stay with them for very long. However, should HPR start slowly while the Bucs grind out the clock and maintain possession, then we might just see Chorley within striking distance at the end of the game.

N: The Giants have emerged as the class of the Northern conference, and its not hard to see why. They’ve inherited a number of players from the Hallam Warriors who have made their team ready to compete in their rookie season. They employ a much more sophisticated defence than most teams I’ve seen at Opal, so the Cougars will need to be wary of that. With this comes some pitfalls, in that if they don’t have their strongest players of the field, they can be exposed by speed.

Amy Wells’ return has a huge effect on how I feel about this contest. The offence coped well without their star receiver, as Faye Doherty and Tanya Whittingslow stepped up massively, but adding Amy into the mix makes them one of the more potent offences at finals. Provided they’re full strength, I can see the Giants winning this, but the Cougars will not be an easy matchup.

S: The Giants’ path to the final is tough sledding. Coventry have shown the ability to hang with top competition and are very seasoned for such a young team. That being said, this is probably the worst matchup Coventry could have asked for. The Giants are flag savvy with great tacklers like Tanya Whittingslow. This should help them not get caught out by the misdirection and reverses the Cougars like to employ. Given that the Cougars don’t posses a particularly explosive passing game, I struggle to see them putting up a lot of points on offense. On the flip side, while Wells, Doherty and co. are dangerous, the Cougars have more than held their own against the most athletic squads. They held HPR and the London Warriors to a combined 21 points and won’t be simply out-athleted on that side of the ball. I envision a low-scoring contest that ultimately ends in a Giants victory.

N: A lot of people will probably look at this game as the best matchup in the first round, but with the players the Warriors lost in the offseason, its hard to see how they can keep up with the reigning champs. They’ve definitely still got some very talented players, and they’ve done extremely well to make playoffs given the tougher schedule they played compared to other teams in their conference. They’ve got a fairly stingy defence in most instances, but they shipped a large amount of points to the Sheffield Giants in both of their contests (80 in two contests). That’s got to be concerning, as the Cougars come into this game with the game’s top offence, racking up 525 points this season.

If the Warriors can slow the pace down and frustrate the Cougars with their effective blitzing, we could see a tight contest. I just can’t see any way the Cougars are stopped on their march towards the final.

S: Sheffield Hallam Warriors are the same team that finished second last year in name only. They’ve lost a number of great players and I struggle to see them staying in this game. One such player, Lottie Laidler, is now starring for the Cougars so it will be fun to see her face her old squad. Though the Warriors have faced a tough slate, they haven’t exactly been competitive in their losses to the top teams. They scored a combined 6 points in four games against the Giants and EKP. That doesn’t bode well for a matchup against the champs. But hey, in Poker they say all you need is a chip and a chair…

N: This game is, for me, the most interesting contest in the first round of the playoffs. The Pirates have turned a corner in their relatively short time in the Opal Series, and looked to enter the playoffs as the #1 seed until they fell to the Giants in a classic encounter. The Pirates are the epitome of Northern football, they’re tough, have excellent fundamentals and look to control a game rather than blow the doors off of their opponents. The Pirates defence is opportunistic, and punishes any mistakes made by their opponents. This is such a contrast compared to the Warriors, who rely on superior ability as opposed to methodical game-planning.

But how will they fare against the athletes of the Warriors? In flag, good technique can often counter good athleticism, but whether or not the Pirates can pull off a great performance under the bright lights of the playoffs is unproven. Much like the Buccs, they were a punching bag last season, and won’t be used to the pressures of the playoffs. The Warriors on the other hand have been here before, and won it all just two seasons ago. If you push me for a winner, I’m gonna go with my gut and say the 9-1 Pirates can do enough to frustrate the Warriors to advance.

S: I have no clue how this game will end up. I could see either team win going away or this one could be a classic! It’s a massive contrast in styles and strengths. The Warriors are imposing and athletic, applying their contact experience to the flag game. EKP, while also having a contact team, brings a much more flag-specific approach. You’ll see reverses and double passes more from them than is typical, especially in Opal. The Warriors have struggled at times against the flag-savvy squads so EKP could be their kryptonite. However, if they are able to exploit their size and athletic advantage, they could render the difference in flag experience a moot point. Ultimately, I think EKP will be better prepared for this game which will give them the edge and see them push through to the Semis.